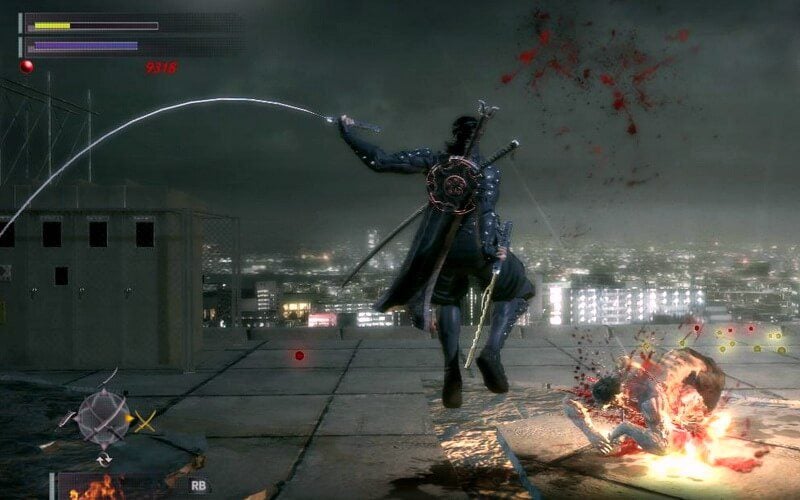 Ninjas are a big part of pop culture, with a myriad of movies, animations and video games that place them in the center of the action. Lots of ninja-centric gaming titles have been released and while some of them managed to become influential and iconic, others didn’t have enough kick. In our Top 10 Ninja Games list we tried to include the best of the best that followed this theme. We chose games that have good technique, a good story, an entertaining gameplay, and a pleasant visual design. You’ll find that we’ve included classical ninja titles, as well as some that are more recent, so hopefully everyone can feel that charming thrill of being a covert mercenary in feudal Japan. 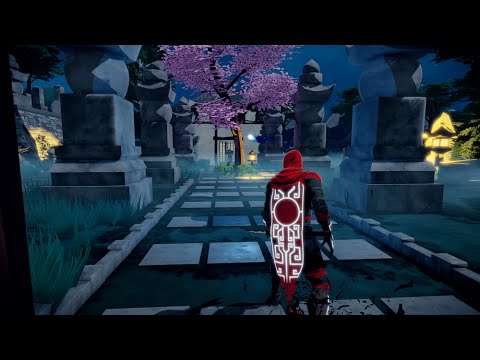 A side-scrolling game where the players control the two main characters: Lord Hayate and Lady Kaede. Shadow of the Ninja was released in 1990 and it is said to be the first game to include a male and female pair as main characters. The players’ default weapon available in the game is a katana that can be switched with a kusarigama and vice versa. The gameplay mechanics include all the specific side-scroller movements such as: crouching, jumping, sliding and hanging over surfaces. Upon release Shadow of the Ninja was met with positive reviews, being praised for its two-layer co-op support and fast-paced action.

Mini Ninjas is a third-person fighting game that has six playable characters. The fun part is that each of the characters have their own unique fighting style. The game has a very charming design and the animation is really delightful. As a side dish we have the story cutscenes where the player can find out more about the history behind each of the characters: Hiro possesses Kuji magic skills, Futo is the strongest and uses a hammer, Suzume uses her magical flute, Shun is a bowman, Tora has tiger-like reflexes and Kunoichi handles her spear masterfully.

Watch the above video or continue reading

8. Shinobido: Way of the Ninja

In this stealth based ninja game the player takes control of Goh. During the game there will be several missions to complete such as assassinations, kidnappings, escort duties and theft. Goh has the ability to climb on rooftops, crawl through canals and crouch behind walls. All these are used as much needed stealth mechanics, because in a face to face sword fight he’ll be in disadvantage due to the large number of opponents. Shinobido: Way of the Ninja was praised for its unique story, ragdoll physics and the open-ended system that allows players to choose their style of mission but overall it was considered a game that could have done better in the way of controls and mission variety.

7. Ninja Pizza Girl
An indie game developed by husband and wife, Ninja Pizza Girls tells the story of a youngster who is bullied by other teenagers and delivers pizza in a dystopian city. Gemma, the main character is based on the life stories of the two daughters the developers have. Their older daughter was learning kung-fu and was a pizza delivery girl while their younger one suffered from bullying due to her Asperger’s disease. From this touching mix of stories resulted a classic platformer that features parkour movements and old-school action. For its powerful narrative, comical cutscenes and unique back story, Ninja Pizza Girl is a title that deserves recognition.

6. Ninja Spirit (1988)
Ninja Spirit is yet another classical title we include in our list. It is a platform arcade game that tells the story of Gekkou, a young ninja whose father was killed by a half-human half-beast creature and the plot of the game revolves around his quest to revenge his father’s death. There are seven stages and the player has to kill enemies until he reaches the final boss. The weapon of choice is a katana, called Righteous Cloud, and the game controls will allow you to use it fluidly to attack in all directions. There are also shurikens, bombs and a kusarigama to be used. Ninja Spirit for the Turbografx-16 is the first game in history to receive a 10 out of 10 in Electronic Gaming Monthly.

5. Aragami
Aragami is an upcoming title that will launch on PS4 on the 4th of October. Previously known as Twin Souls: Path of Shadows, it is a stealth ninja game where the player takes control of Aragami, an assassin that possesses supernatural abilities. The main mechanic is the ability to teleport between shadows. The villains of the game are represented by various army warriors that have the power to control the light. Aragami’s style and gameplay has been associated with the classic ninja game Tenshu. Even though there are no reviews available yet, the story, the graphics and the gameplay we saw in the trailer make us really curious about this game and this why we included it in our list. It’s also pretty close to release too.

4. The Ninja Warriors (1987)
One of the first ninja games ever developed and released is a side-scroller beat-em -up that lets the players play as Ninja or Kunoichi. The goal of the game is to fight wave after wave of Banglar forces by throwing shurikens at them and attacking them with a kunai slash. The game received positive reviews, being included in a top 10 ninja games in 2010. Also, Kunoichi was dubbed by GameRadar as being the best assassin in the history of video games. The Ninja Warriors is a title that certainly deserves a place in our Best Ninja Games list.

3. Ninja Gaiden (2004)
With new weapons to choose from, dazzling fighting mechanics and an engaging gameplay Ninja Gaiden is a title that received a lot of love from the critics. Play as Ryu Hayabusa, hunt down the Holy Emperor and retrieve the magic sword “Ryuken”. You have a wide range of new weapons you can use, the most notable ones being the warhammer, the nunchaks, the shurikens and the Dragon Sword. Ninja Gaiden has terrifically good game controls, killer graphics and a soundtrack to die for. It is a very good ninja themed game and it’s a must play for all the enthusiasts of this genre.

2. Tenchu: Stealth Assassins
Tenchu is one of the first ninja games to use stealth as a dominant trait of the gameplay. Besides this element the game includes amazing renderings of Japan mythology, including eerie sceneries of feudal cities and elements of historical fantasy. There are two playable characters: Rikimaru and Ayame and while their stories differ, the levels and missions are the same. There are ten levels with an increasing difficulty and all the missions take place during night time to compensate for Playstation’s 1998 graphic limitations. Tenchu received positive reviews being held in high regards for its use of stealth instead of just fighting, making it a hard game to master, but very rewarding nevertheless.

1. Mark of the Ninja
A stealth action game where the player approaches the adversary from afar being careful not to be seen. Mark of the Ninja is a side-scrolling adventure that tells the story of an unnamed ninja living in the present days. The sub-plot is the themed conflict between tradition and modern technology. 8 gaming media publications granted it with a perfect score and the player community appreciated the gameplay mechanics, the complex story it tells and the beautifully rendered animation and soundtrack. Mark of the Ninja brought the stealth and ninja games to a new level and because of this we’ve placed it on our number one spot.