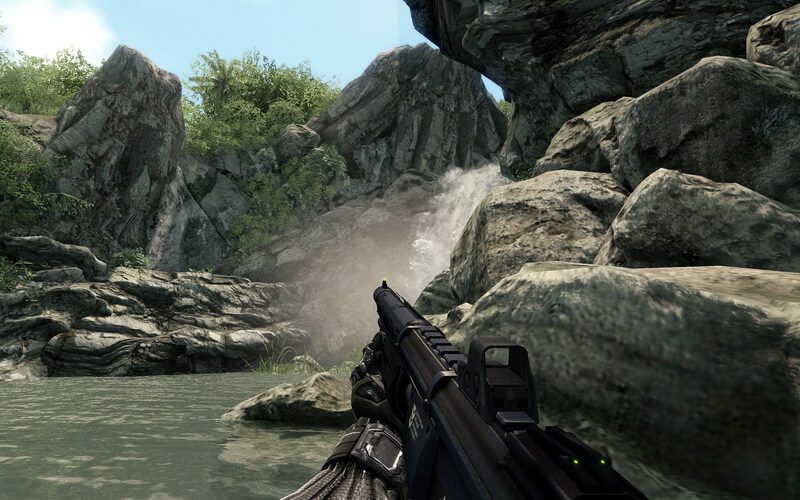 Not even the fastest RAM or the iciest water-cooled CPU is enough to make these 10 games not feel like big heaping piles of disappointment.

Aliens: Colonial Marines had a great trailer which helped it to build a lot of momentum. The trailer showed off the hauntingly abandoned corridors you’d come to expect, and a xenomorph menace. This game takes place after Alien 3, so you may want to dust off your copies and give them another watch to make sure you’re up to speed.

Colonial Marines was developed by Gearbox Software and published by SEGA, and was released in 2013. The finished game, however, couldn’t live up to the very large expectations. There was even a class action lawsuit filed against SEGA because the finished game was significantly different from what was shown during its initial reveal.

Watch Dogs had a great reveal at E3 in 2012. It was one of the show stoppers of the event and quickly garnered a lot of attention and hype. People had high expectations from this Ubisoft title, which was scheduled to be launched in 2013.

It didn’t come out until November 2014, exactly after one year later, after numerous push backs. The game was very polarizing and the experience was pretty ordinary. Despite being a “like it or hate it” type of game, Watch Dogs was able to ship more than 10 million copies worldwide in just two months.

Crysis was another game which has garnered extreme fan adulation and anticipation prior to its release. The trailer of the game set a benchmark especially, for the PC games, as far as visual fidelity was concerned. Many users even revamped their PCs before the release of the game. Crysis was developed by Crytek and published by Electronic Arts.

The game, however couldn’t live up to the expectations of the fans. Although the game wasn’t a bad one, it wasn’t the transformative shooter which everybody expected either. None the less, it become the benchmark to test the power of any new PC build for years and years to follow.

The Elder Scrolls is a very successful franchise with some amazing games under its belt. Everyone got excited when an MMORPG version of the franchise was announced. The cinematic trailers of the game which showed high-fantasy battles and some awesome magic helped the game in receiving a lot of attention.

The game, however, couldn’t deliver on the promise it made and left the fans disappointed. Most of the people thought that the game would actually be Skyrim’s MMO version, which was not be. The sandbox style game play was absent in the game, which led to some frustration among the fans.

Homefront is another overhyped game which failed to live up to the expectations, are you starting to notice a trend? The game was THQ’s big big-budget shooter title which aimed to make an entry to the lucrative shooter market. The game had a nice cover poster and got a ton of coverage from every gaming magazine. This helped it to gain the hype.

Upon its release, this title was unable to get the reception which it expected. The game had a clumsy and uneasy story about the Korean occupation of the US. The game also saw THQ drop 26% of stock after its release. The studio behind the development of the game, Kaos Studios, was also permanently shut down.

Life simulation and real time strategy game Spore had everyone excited. The game was developed by Maxis and published by Electronic Arts. The project was really ambitious, but people figured it was in good hands with Maxis, an excellent developer.

Dead Island has one of the best game trailers of all time. When the trailer was released along with some great music and amazing cinematography, people thought that one great zombie game is on the way. The game was developed by Techland and published by Deep Silver.

However, we all were left disappointed because Dead Island turned out to be yet another poorly made zombie game. The game was also criticized for its presentation, glitches, various bugs and texture issues. Yet another hyped game bites the dust.

Driver 3 was the third installment of the open world Driver series. The game, which was released back in 2003, was developed by Reflections Interactive and published by Atari and Sorrent. The marketing campaign was very aggressive, which had people very excited to give it a try.

The big budget title, which was even dubbed as a GTA-killer, failed to live up to the hype. Driver 3 was full of glitches and bugs. The disappointment is evidenced by poor Metacritic and Game Ranking reviews, with just 55/100.

The next game is Fable. The action RPG was developed by Big Blue Box Studios and published by Microsoft Game Studios. The game, which was released back in 2004, was one of the most hyped games of that era.

Upon its release, however, it wasn’t able to live up to the expectations. Since this game promised the WORLD, it shouldn’t have come as a huge surprise that it fell short. The game was criticized because of its extremely short main plot. People also felt that the game had bland character design. Overall, people still enjoyed Fable and there’s definitely a strong fanbase, but this is a perfect example of setting the bar much too high in your pre-release hype.

John Romero’s Daikatana is another game which received a lot of hype before its release. It was released back in 2000, and was developed by Ion Storm and published by Eidos Interactive and Kemco. The game rode the hypetrain so much that even Time magazine famously quoted, “everything that game designer John Romero touches turns to gore and gold.”

Daikatana was actually intended to be released in 1997, but the game ended up being delayed for three years. On its way to release, the game suffered through some high profile development quarrels, and some really bad advertisements. However, John Romero apologized to his fans and even released the source code of the game to the community, but it was too late. Daikatana is still regarded as one of the biggest gaming disappointments ever.