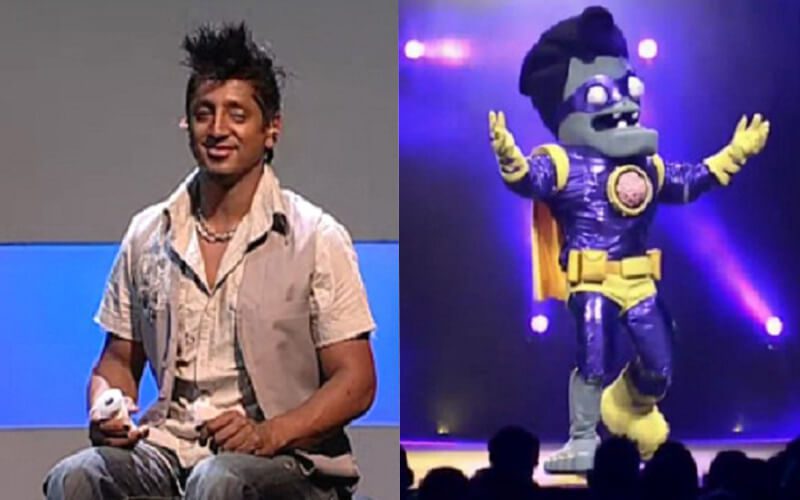 E3 2016 is right around the corner and today we take some time to reflect on some of worst E3 fails committed by companies throughout its existence as games industry’s biggest event.

EA tried to put up a short comedy act to mark the announcement, but the irony was that no one laughed. The audience present in the event seemed least amused by the skit, and it ended without the fanfare EA hope the gimmick would receive.

2. When Ubisoft Tried Creating A Meme

The next biggest E3 fail also happened at E3 2015 during Ubisoft’s event. One of members from the Assassin’s Creed: Syndicate team dressed up as Jacob Frye, a character from the game for the event. Everything was going fine until Ubisoft’s host Aisha Tyler declared that the guy dressing up in a costume meant they created a new meme.

Everyone present there was surprised as that was cosplay but not worthy of being a meme as both are completely different things. This is regarded one of the hilarious fails of E3 and we hope Ubisoft has definitely learned a lesson from this.

The PlayStation 3 reveal didn’t go well at all. Unlike the PlayStation 4’s reveal, the PS3 announcement during 2006 E3 was flooded with negative feedback.

The disappointment of the public during the console’s reveal was purely because of its price. People enjoyed the reveal of the new console up until Sony dropped the bomb. The 20 GB and 60 GB models of PS3 were priced at $499 and $599 respectively, which was very high at that point of time.

Sony was heavily criticized for overpricing by both media and public as PS3’s contender Xbox 360 was priced only at $299 and $399.

This is one of Microsoft’s most controversial incidents in E3. During the reveal of Xbox One at E3 2013, Microsoft went on to say that the new console will need an internet connection most of the time to operate. It was like it will require internet every 24 hours which will allow the DRM encrypted games and online scenarios to operate.

This instantly resulted into uneasiness among the public and created a furor. To add to this Don Mattrick, who was then the President of the Interactive Entertainment Business at Microsoft went on to controversially say that if the users are unable to access the internet, they should buy an Xbox 360.

It definitely created an uproar among the gamers but it is interesting that Microsoft had no idea what the gamers wanted untill then. Since then Microsoft have been trying to remove each of the negative feature of Xbox One and has been successful to a large extent.

Nintendo’s Press Conference during the 2008 E3 is still regarded as one of the worst conference of all times. At that point fans had a lot of expectation from Nintendo as games like Mario Kart Wii, Okami and Super Smash Bros Brawl were in development.

Instead of hearing details about these games or shown a glimpse of them, the fans were made to watch some performances which weren’t even relative. The performances included – Drum Solo, Mario Concert with Wii Music, a woman screaming at the dog in Wii Sports Resort, a woman pretending to snowboard on the Wii Balance Board, Reggie’s body jet skiing and many more.

Another press conference which surprised everyone with the number of absurdities in it is Konami’s 2010 E3’s conference. The event started with Tak Fuji taking the podium and revealing Ninety Nine Nights. He asked everyone to clap after the reveal but none seemed to care.

This was followed by some weirder performances which left everyone present shell-shocked. They got to see half naked wrestlers and dancers for no absolute reason. There were some ‘performers’ on stage who were giving death stare to the audiences and to round up it all the presenters seemed high on something. Overall, the event in one word was a disaster.

Another bizarre incident happened in the first E3 ever, in 1995 during Sega’s event. The company’s president shocked everyone present in the event including the developers and retailers, when he said their upcoming console Saturn was already out in the U.S. stores on that same day. Everyone was surprised because the console was about to release four months after the event in the U.S.

Although the launch left everyone surprised, it was awesome and still regarded as a classic E3 moment. However, the problem emerged when there were only few consoles available because the retailers and most of the developers thought there were still four months for the system to release. This resulted in higher pricing of the console ($399) compared to PlayStation which was $100 and was ultimately a flop.

8. Rock Revolution: It’s the notes that you don’t play, man!

Konami features in this list for the second time, this time for a Rock Band failure on stage. The incident happened while Konami was demonstrating Rock Revolution at E3 2008 with their drone band, where their virtual bassist failed badly. Although the bassist accepted that it was all her fault, some thought it could have been due to faulty hardware or on stage jitters.

An YouTuber remembering the incident once said, “There’s nothing worse than being booed by a real crowd and a virtual crowd at the same time.”

In one word the performance can be termed as hilarious. Everyone present there had a laugh after the bassist missed the notes of the most basic song (The Ramones’ “Blitzkrieg Bop”). Even though for wrong reasons, the game definitely got attention from both the press and the crowd.

Many might be familiar with Jamie Kennedy, who stared in various movies like Son of the Mask, Malibu’s Most Wanted etc. However in E3’s history, people remember Jamie as a villain. To some extent indeed. The incident took place back in 2007 E3 when Jamie hosted Activision’s press conference drunk and high.

The crowd was taken instantly by surprise, even more to the fact that Activision allowed him to host the event. What followed was utter bullshit. Instead of talking about Activision’s games Call of Duty 4: Modern Warfare and Tony Hawk’s Proving Ground, Jamie Kennedy started blabbering drunken banter.

Most of his speech was concentrated on sex and drugs. Even the developers and Tony Hawk, who were on stage along with him were left embarrassed.

Technical failure can happen anywhere but one should always be careful and have backups for bigger events. Such a situation occurred when there was a technical fault while playing the trailer for football game Academy of Champions at the Ubisoft’s press conference during 2009’s E3.

This resulted in an uneasy situation and needed an instant alternative. The alternative was signified as the interview of football legend Pele, who was also present in the event. However, things went from bad to worse when Pele was interviewed in English, a language which he was not fluent with. This incident is still regarded as one of the massive fails of E3.

These are just some of the worst disasters E3 has seen during its long course in the history of videogame conventions. We are bound to see a few more of these hilarious yet tragic goof-ups in less than two days as E3 officially kicks off in the L.A Convention Centre.