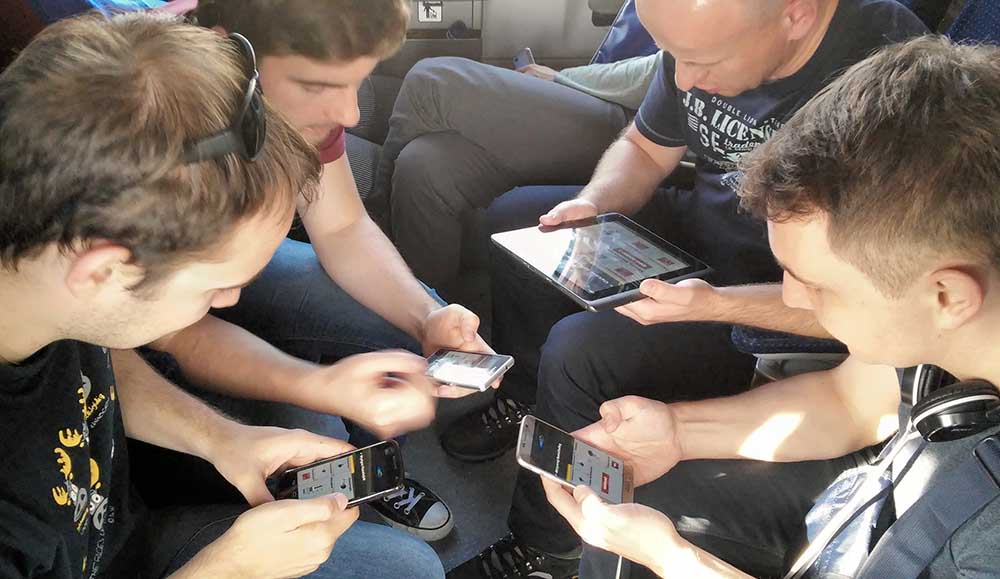 There is no better place to grab a bite sized snack of gaming than the toilet. The toilet is a throne, and the smartphone has become many gamers’ private little sanctuary to get away from the craziness of everyday life. Like it or not, mobile games are becoming more and more relevant in the gaming world. With the advancements in technology that are happening, the gap between mobile and console/PC games is quickly closing. Developers are getting more creative with their applications and the technologies they incorporate and their work is paying off. Here are 8 of the most innovative mobile games of all time.

The first entry on our list, has actually been criticized for being too addictive by concerned parents. Pixelfame, the creators of Tricky Trip take everything that makes mobile games cool and put it into a great package. Like many others, this game is an endless runner, with a bit of added mystery. However, the visuals and gameplay separate it from the pack. It is incredibly simple but fun and addicting. The intuitive one-touch controls make it easy to pick up and the game itself is hard to put down. You roll a ball down an infinite tube with gaps to be avoided. You don’t move the ball, but rather the tube itself. The more you rotate the tube, the faster the game gets. Tricky Trip is chock full of unlockables and is an undeniable winner on the mobile platform. 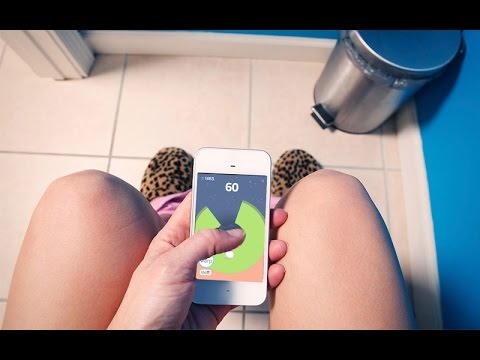 This 2.5 isometric title is every PewDiePie fan dream come true. The Tuber Simulator lets you organize your own channel, create videos and gain views in order to buy new items such as furniture, clothes and pets. The fun fact about this game is that the voice acting is delivered by PewDiePie himself, thus the degree of authenticity is at its peak. The retro look of this title is yet another quality that deserves to be mentioned.

With over 125,000,000 downloads worldwide, Color Switch is an entertaining an addictive game. It features a ball that has to be tapped through some obstacles that have different colors and the trick is to always have matching colors both for the ball and for the obstacles, because otherwise you’ll have to restart the level. This game needs a good coordination and a very solid attention span.

slither.io is the revival of the classic Snake game, but with a twist, it is one of the most played mobile games of the year. It’s easy to get into the action and even though you’ll have an inferior level at the beginning and thus a smaller length you can easily get in front of other bigger snakes and make them explode simply by trapping them. It’s really rewarding to see that you don’t really have to be the toughest or the biggest worm out there to be able to win at life.

Shadow Fight 2 is the perfect mix of RPG and classical Fighting. The game offers a very complex gameplay that includes dozens of lifelike-animated Martial Arts techniques. You can equip yourself with swift weapons and indestructible armor and just enjoy the fast paced matches. The interface is especially designed for touch-screen devices thus the gameplay experience is one of the best available on the market.

Pokémon GO fever took everyone by surprise. When it first appeared, all the mobile gamers went nuts for it and began to roam the streets in search for pocket monsters. The fact that Niantic offers a location-based augmented reality game where you can actually see the Pokémon right in front of you is probably one of the biggest marvels this title features. Mixing virtual characters with real environments is one of the best things a gamer could experience.

CSR Racing 2 offers 3D next-gen graphics so real it could easily compete with those rendered by an older console. It features 50 officially licensed vehicles produce by the most popular car manufactures in the world, to name just a few: Ferrari, McLaren, Bugatti and Lamborghini. The authenticity of the gameplay as well as the great degree of customization and upgrading are some of the qualities that made this game one of the best titles on the Android market.

The creators of Clash of Clans, made another breakthrough with Clash Royale, a game that stars all the favorite characters from the previous title, plus some extra ones, such as Princes, Baby Dragons and Knights. The winning idea of mixing tower defense gameplay with card collectible elements and multiplayer online battle arena seems to have been working once again as Clash Royale has been received extraordinary well by gamers and critics alike.