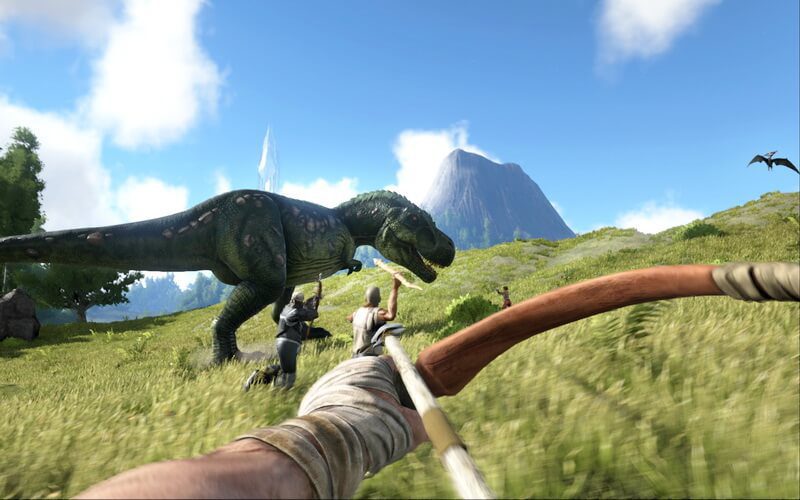 Since the early days of the DayZ mod and of course, Minecraft, gamers have felt a need to survive. We all enjoy the thrill of either being the hunter in search of some food or, in some cases, the prey, running from various bloodthirsty enemies.

Video for the top 10 survival games of all time 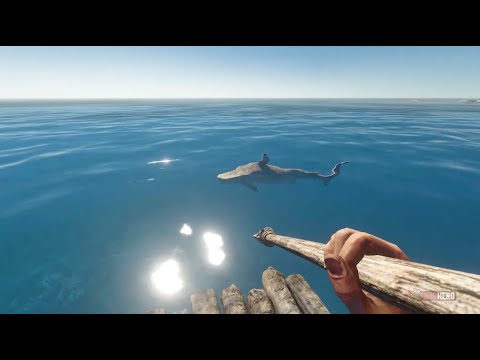 Sir, You Are Being Hunted

“I say, dear chap, there seems to be a bullet heading right towards your cranium”. This strange stealth-survival game filled with English humor has you fighting against various enemies in the form of robots in order to escape the island that you strangely find yourself on. Stealth, tricks and violence are required to pull this off as you will constantly need to scavenge and explore the procedurally generated level. It is a little pricey right now for what it is, so we do recommend you wait for a sale if you intend on playing it. The good news is that they recently added multiplayer so now you can bring a friend that can help you survive and fight the robots.

This is one of the original survival games that so many others tried to mimic. But nowadays it’s not really considered as much a survival game as it is a crafting game. After all, the name is composed from 2 elements and none say survival, but let us not forget the original experience that players have when trying to build a house before nightfall and when going out adventuring trying to find materials to build better armor, all while making sure their hunger doesn’t go down. It sounds like a survival game and if you don’t think it is intense enough, the community has thousands of maps and mods that will make your survival experience hardcore.

The original Day Z was actually a mod for Arma 2 and it was the mod that gave rise to hundreds of other survival games, similar to how DotA and Counter Strike were also mods and managed to bloom into popular pillars of the gaming industry. The Day Z standalone game is now in Early Access on Steam and it’s being updated frequently. The gritty, open-world survival horror game has you scavenging the post-apocalyptic landscape, making sure you don’t get irradiated, bitten by zombies or simply starve to death.

Another game that is also receiving constant updates, The Long Dark has you explore the vast frozen landscape that poses all kinds of dangers. You will have to think for yourself as there are many threats that can kill you, the biggest one being Mother Nature. On the plus side, this game currently features an odd story that is not being narrated to you, but you will feel compelled to find out more about what happened and who lived in these lands before you arrived. In the near future they will also be bringing an Episodic story to the table and all of season one will be included in the initial price.

Speaking about stories that you just have to figure out for yourself, this game has a very very disturbing one. So like many other survival games, you are on a plane and it crashes onto an island… right… but you are actually traveling with your son, and after the crash, you catch a glimpse of some cannibal native taking your son away while you are helpless and soon after pass out again. Yeah… besides that weird story that you just have to unravel yourself, you are met with the basics of any other survival games. Build a shelter, gather food, craft weapons, but the intelligent enemy AI will always throw cannibals right at your front door. If you let one escape it will tell the others and they will come find you. I recommend this game only to people that don’t have heart conditions.

This game has one of those love or hate relationships with players. Its mechanics are basic in the sense that you have to manage bunger, thirst and cold. Hunt animals and cook your own food and even build shelters, but the twist is that there are other players on the server that may have played for longer than you have. This could be a good thing if you manage to make them your allies and a very bad thing if they just decide to kill you over and over again and tea-bag your corpse. The game is still being improved and it has one of the largest followings for a survival game.

This is another popular survival game right now that follows the same principles as Rust does, but instead of allying yourself with 2 other people in Rust just to kill a poor dear and share its meat, in Ark you kind of need to ally with people because you will be mainly hunting dinosaurs. Yes, dinosaurs! And you don’t just hunt them for food, you can also tame them and ride them, even the flying ones. The graphics look gorgeous and it is constantly getting new additions to its challenges and bestiary. It’s worth mentioning that you also have the option of playing locally if you want to tackle the prehistoric on your own. However, we would like to note that Ark is priced quite higher than its competitors.

Unlike the popular survival game intro where your plane crashes on some island, Subnautica starts with your massive interstellar spaceship crashing into a water-based planet. In this game you spend most of your time underwater, scanning the various alien lifeforms that mostly want to eat you, but don’t worry, you can quickly gather some materials and build yourself a submersible that will help you explore even more. The goal is to go deeper and deeper, meaning you have to upgrade the sub to withstand high pressures. It has received various updates that add farming and living quarters and it will be receiving more in the near future.

There seems to definitely be a fascination with these types of scenarios, but don’t click away just yet… Stranded Deep is actually a well-polished game that has you not only scavenge various parts from your own island, but it also included a variety of other islands that the player is incentivized to explore. You might want to build yourself a sturdy boat and be aware of sharks in the area if you want to explore safely. Oh… and be sure you remember the way back to your island where you are keeping all your food and water, you don’t really have a map and the compass that you find is only useful if you know how to navigate. Good luck!

And here are some honorable mentions for survival games that didn’t quite make it on the list:

This is one of the few games on this list that is not only fully released, but also has expansions and DLCs available for purchase, Not to mention the Steam Workshop that is filled with alternate characters and various mods that will add tons of replayability to the game. Don’t Starve is the love child of Survival Games and Tim Burton, as the unique and creepy art style is something truly original to the genre. It is also filled with science, magic and an evil mastermind of this twisted world that challenges your survival. Finding out more about why you are here and what does Maxwell, the evil mastermind, want with you is part of the fun. And if you want more to explore, you can try the Shipwrecked expansion that basically turns Don’t Starve into Stranded Deep, the game on our number 2 spot. You can also play it with your friends and try to survive together, but that means you will also have more mouths to feed. Do you let the weak ones die so that you will survive? Maybe that’s what He wanted all along…