Every real gamer has had that moment, up way too late at night when everyone else is already asleep, playing a horror game and getting absolutely sucked into it. The fear is real. For those of you in need of a good fright or some everlasting nightmares we made a list of 8 horror games that will freak you out! There are various types of horror games on this list, starting with psychological ones and ending with really gory and disturbing ones. Each of them is scary in its own way and because of this we tried to include a large variety of titles.

What started as an Internet meme in the form of the tall, faceless figure, Slender Man, quickly transformed into a scary enough video game. The player has to find and retrieve all of the eight pages scattered around in a dark forest. The only “weapon” is a flashlight with batteries that slowly deplete leaving the player in total darkness. The more pages you find, the thicker the fog gets and the closer the Slender Man teleports. The feeling of not being able to avoid the encounter along with the constant drumming sounds is what makes this game very frightening. Also, the general paranoia that is left in your head after finishing the game is yet another present that will haunt you and leave you with sleepless nights. Thank you, Slender: The Eight Pages, can’t wait to play you in VR.

First Encounter Assault Recon is a special task force sent to contain a paranormal phenomenon. The player takes the role of Point Man, the protagonist with superb reflexes that has to fight off the infestation. The fear element of the game is inspired by Japanese horror stories and it will be very concealed within the gameplay. There are no jump scares but the terror acts at a more subconscious level leaving the player in a constant state of tension. Alma, the little girl that is the source of all that is scary, sometimes appears as a ghostly figure for just a split second somewhere on the screen, making the player think he was imagining things. This subtle way of adding the horror transforms F.E.A.R into an intense and terrifying experience.

Check out the video for the rest. 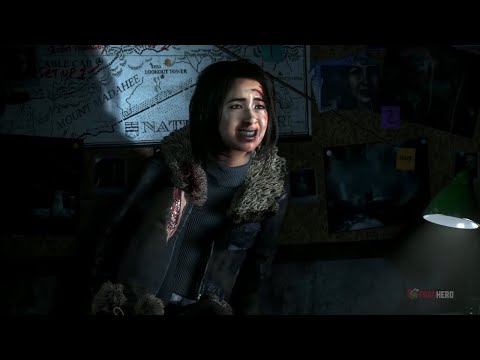