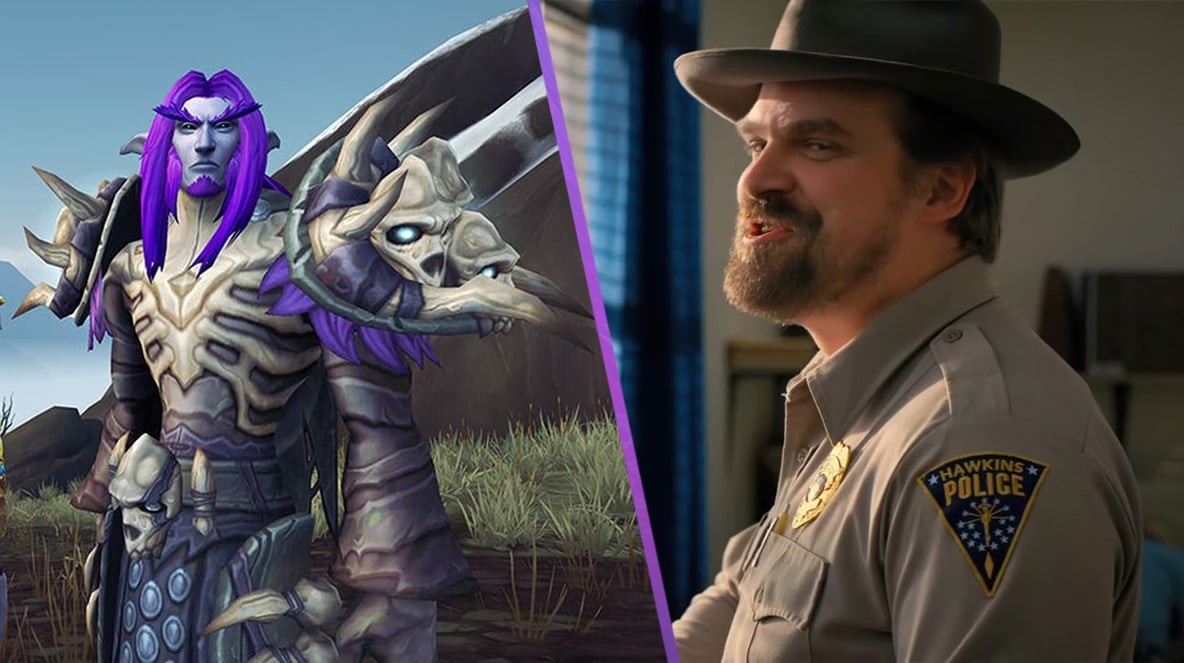 The actor revealed this particular gaming weakness in a Geeked Week livestream. Host Felicia Day mentions that she and Harbour had been talking about World of Warcraft, and he mentions how the game affected him.

He said “In 2005 I played the sh*t out of this game! It ruined my life for like a year. I mean, I was like out of my mind, I was wildly addicted to this video game. I was a Night Elf warrior called Norad, and he was second tank of my whole guild.”

But it took playing a different game to snap him out of his addiction. Harbour explained how switching over to playing The Sims helped him realise how addicted he was.

“It’s so funny, because I also played The Sims. You ever play The Sims?” he went on. “You could be an actor on the Sims, you can progress in your career, but what you have to do is, like, work on things. You have to work on your speech and on your body, right?”

Apparently, his character on The Sims just wanted to sit around and play video games. Harbour would try to get him to work on his speech and his body, but all he would do is play games. This made him realise how similar the situation was to his own life.

So, the actor ditched World of Warcraft and worked on his career more. Obviously, it paid off, as he’s starring in Stranger Things and other big properties like Marvel’s Black Widow.

Stranger Things Season 4 recently premiered on Netflix. Fans are praising it for being one of the best seasons yet, and many are anxiously waiting for the next episodes. The second part of the season will be releasing on July 1st, 2022.