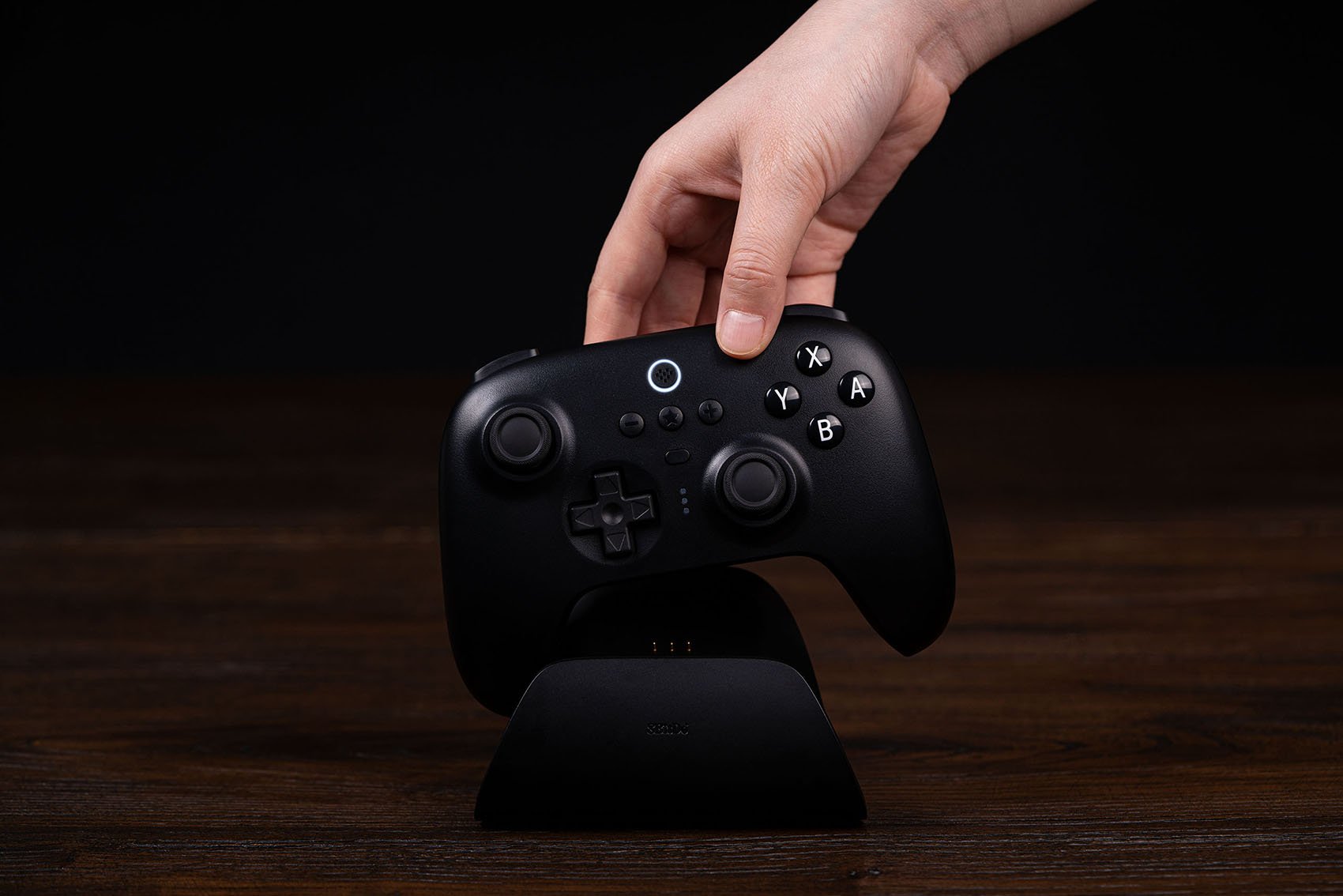 Excitingly, 8BitDo has teamed up with Game Outlet Europe to distribute their acclaimed Ultimate Bluetooth Controller throughout the continent.

Promising to enhance performance for Nintendo Switch users, Windows PC gamers and iOS/Android devices, the controller is both versatile and essential.

As per a press release, the controller lives up to its name by being, “ultimate by name and ultimate by nature… delivering pro-level design and functionality, even supporting full motion control when used via Bluetooth with Nintendo Switch.”

Other features include adjustable thumbstick tension, the ability to modify the intensity of vibrations and also personalising custom macros.

The controller also comes with a Charging Dock

Coming with a 1000mAG Li-on rechargeable battery, gamers won’t have to worry about on-the-go play during the festive season.

It’s also worth mentioning that the controller uses pro-level back buttons. This is perfect for esports players and serious gamers, who now need not remove their thumbs when duty calls.

What else do you need to know about the controller?

Elsewhere, he said, “We believe gamers across the EU will find the Ultimate Bluetooth Controller is the last gamepad they ever need, making it the ideal gift for the coming season.”

So, is the new addition to the 8BitDo family high on your Christmas wishlist? If so, let us know across our socials!

The 8BitDo Ultimate Bluetooth Controller is being distributed across Europe. This is via Game Outlet Europe. It also comes in two colours – black and white.