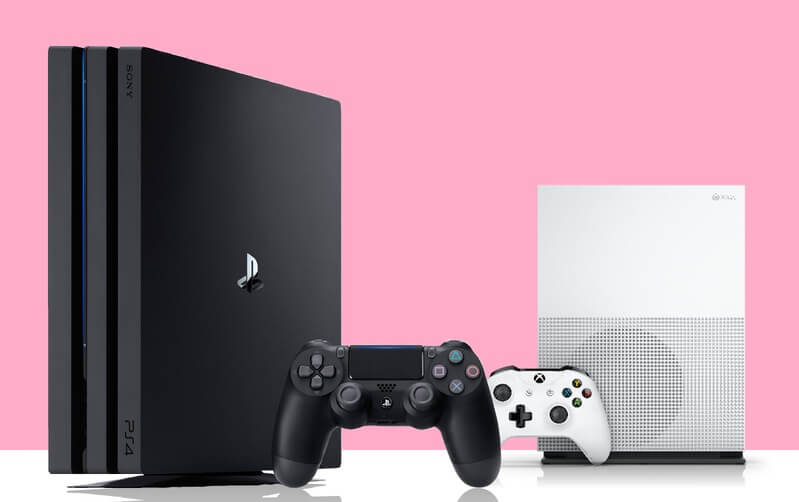 As the holiday season of 2016 is fast approaching, you might be planning to buy one of the brand new consoles. Microsoft has already launched their latest console Xbox One S last month while Sony’s PlayStation 4 Pro has been scheduled to release on November 10.

In order to make your choice more simpler we have done a feature comparison between Xbox One S and PlayStation 4 Pro.

Both the consoles have focused on the 4K resolution and HDR technology. Although, PS4 Pro has a much powerful processor and a graphics chip it misses out on the 4K Blu-Ray player, which has caused a lot of stir among the fans. On the other hand Xbox One S comes with the built in Ultra-HD Blu-Ray player.

The new generation Ultra HD televisions, which is in the market these days, display 4K resolution which are at least four times than the pixel count of 1080p, which is the resolution of the standard Blu-Ray disc. So, in order to take the full advantage of the 4K media, Xbox One S is definitely the better choice as PlayStation 4 Pro doesn’t have the 4K Blu-Ray player.

PlayStation 4 Pro is priced at $399 while Xbox One S just $299. However, when we look at the power and ability, $399 is not more for the PlayStation 4 Pro but it misses on the very important 4K Blu-Ray player.

If you plan to buy a 4K Blu-Ray player for the PlayStation 4 Pro separately, you will need to spend another $300 which will make the console cost around $699. On the other hand, Xbox One S already have the 4K Blu-Ray player and even though it comes second in terms of power and ability, you are saving around $400, which you can invest in games or other things.

So, in terms of budget, Xbox One emerges as the winner once again.

3. Xbox One comes along with five games

Microsoft has provided the gamers with several

So, five games and the brand new console for just $299 is a very pretty deal.

4. Mod support for games like Skyrim Remastered in Xbox One S

The PC gamers has been getting a lot of mod support when compared to console gamers. Things however has changed somewhat since the introduction of the current generation consoles as they too have started getting mod support.

Games like The Elder Scrolls V: Skyrim and Fallout 4 were planning to allow mods for PlayStation 4, but Sony seemed to have shown a bit of hesitation in this regard. This means the mods will now be only available in PC and Xbox One, which once again brings in the advantage for Xbox One S.

There are still a lot of gamers who haven’t been able to get over their love for some of the past gen titles. They love to keep such games in their libraries forever.

Sadly, Sony haven’t added the backward compatibility feature in their PlayStation 4 console but their PlayStation Now subscription allows you to play the PS3 and PS2 games on your PS4 and other devices. However, a PS3 game disc cannot just be inserted to the PS4 and played.

On the other hand, Microsoft has allowed some of the Xbox 360 games to be backward compatible in Xbox One and the list is getting bigger day by day. So, Xbox One S can be the perfect choice for such gamers.

Microsoft has come up with the ‘Play Anywhere’ feature which allows the Xbox exclusives like Gears of War 4 to be played in your PC (Windows 10). This means you need to just buy one game and can play either in Xbox or your PC as per your choice.

This is a pretty handy feature which tilts the balance towards Xbox One S from the PlayStation 4 Pro a bit.