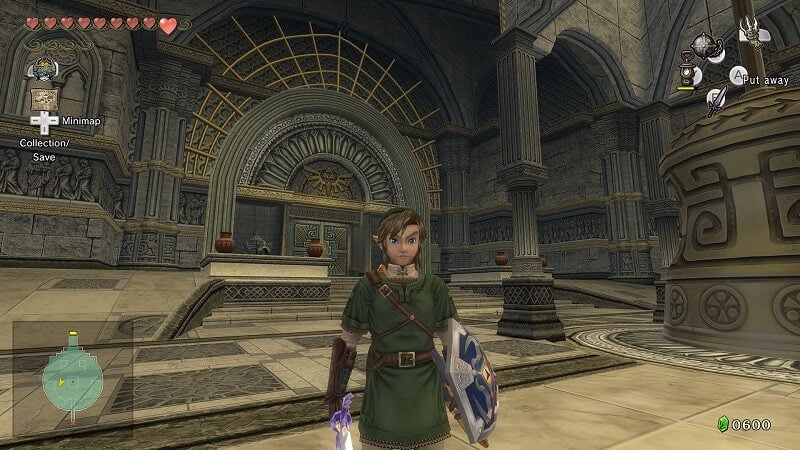 When it comes to trying out new games, the early stages can often make or break the experience. They can halt games entirely, seeming so tedious and laborious that players simply can’t go on. Equally, they can engage us in special ways, making us eager for more. Sometimes, the early stages aren’t all that reflective of the full package, though – so we’ve made a list of great games that start out really awful, in our opinion, in no particular order. Maybe you’ll agree, maybe you won’t…

You’ve probably heard of Mass Effect. If you’ve not, what on earth are you doing with your life? It’s great. Like all games though, it does have its shortcomings. In the game’s earliest stages, players can feel overwhelmed by the mechanics and the task of getting used to them. Clearly, said players have never played Dark Souls, in which case they’d be saying something else entirely…

Don’t hurt me. This is more of a personal entry, based on my own experiences rather than those I’ve seen on the internet – but Dark Souls was extremely hard for me to get into at first. With little to no warning, you’re thrown into the game with no clue what to do or how to do so. Granted, there is some warning in the fact that Dark Souls is known for its incredible difficulty, but that’s…

Not much can be said in regards to the original The Witcher title, when it comes to the beginning of the game. Other than the fact that, well, the tutorial is absolutely terrible. It’s supposed to teach you the fundamentals of combat and controlling the game, but it feels like more of a challenge than a tutorial. As such, some players decided to just ignore the game entirely. Seems CD Projekt Red take past mistakes very seriously, because The Witcher 3’s tutorial is a fantastic mechanics primer and introduction to the story.

Firstly, to address the elephant in the room: I understand I’m saying that No Man’s Sky is a great game.

For the record, I think it is. It’s a victim of hype, misunderstanding, and arguably, Sean Murray’s misleading interview replies and game presentations – just because it isn’t what we thought it’d be, doesn’t mean it can’t be good. That’s besides the point though, for now. We’re discussing the beginning of the game. Which could have been much, much better.

It done well to emphasise that each player’s journey would be unique, at least in some ways, but after plunging you into a randomly generated planet and asking you to gather a predetermined pile of this, that, and the next thing, No Man’s Sky’s intro disheartened quite a few people. Perhaps a clearer tutorial could have helped. There’s also the whole pre-order bonus ship controversy, but let’s not go there…

It’s not even really a “beginning.” Rather, Resident Evil 6 decides to throw you in near the end of the game, at a point you’ll have to repeat when you reach it for the second time anyway. Whether it was just due to laziness, or based on some weird design choice, it just didn’t quite work out. Another game that does pretty much the same thing is Battlefield 3. Also a great game, too – perhaps more so than Resident Evil 6, which people seem to have a problem with, despite the fact that it isn’t really that bad.

I’ve got something of a distaste for Pokémon GO, I won’t lie. Seeing it everywhere I looked and contributing to that here at Fraghero is definitely a factor, but truth be told, it just couldn’t keep my interest. I’d happily write about Fallout daily, and never get bored.

I can still recognise Pokémon GO for how fantastic and revolutionary it is though. Having brought in people from all age groups, many of which you wouldn’t even call “gamers” – that’s impressive. Holding their interest for this long, too; most people I know still play it, which surprises me. It’s a great game.

I couldn’t help but feel bored in the early stages, though. The initial gathering and hunting of Pokémon proved tedious after the first few catches, leading to this terrible case of “nothing new is happening” until, basically, level five – when gyms unlocked. There was also that added factor of feeling incredibly awkward roaming your local neighbourhood searching for non-existent Pokémon in a virtual world. Aside from all that, there wasn’t much in the way of teaching you to play, either. Alright, I’ll stop hating on Pokémon…

Kingdom Hearts II’s intro isn’t all that bad, granted; but first time round, it’s confusing as hell, and it just doesn’t do itself justice like it should. Perhaps after a couple runs, or even just one, it’s all a little clearer and easier to appreciate – but then it’s not really a beginning, and more of a re-beginning.

Arena is unbelievable outdated, and you won’t find many people playing it these days; but I’ve played it, just out of sheer curiosity. And the beginning is absolutely dreadful – going by what I seen after advancing further into the game, and going by today’s standards. There’s minimal support in terms of how to play the game, and the dungeon you begin in is a sprawling, maze-like tunnel complex full of unnecessarily powerful enemies.

It’s worth checking out to say you’ve done so, and to peer into one of today’s biggest RPG series’ past – but other than that, there’s not much waiting for you in Arena. It’s time has come and gone, much like my patience after that damn near impossible initial dungeon.

2. The Legend of Zelda: Twilight Princess

Probably my favourite Zelda game, and definitely a great game. The one, single thing that irked me was the fact that for the first few hours, you’d have to wander around doing mundane, unexciting tasks (which can even take a while to work out) whilst you’re gradually eased towards whatever it is you’re so excited for. You’d know it was coming, because Nintendo deliver, but for those first few hours, things started feeling a little too boring.

Okami’s problem lies in the fact that for the first short (or not so short) while, you’re forced to sludge through a painfully large amount of useless, boring dialogue, tonnes of unexciting, tedious miniquesting, and… Yeah. It’s not pretty.

Okami’s intro is so incredibly boring that people are put off from ever replaying the game, literally to avoid those godforsaken dialogue gruels and miniquests. Thankfully, the rest of the game held up pretty damn well.