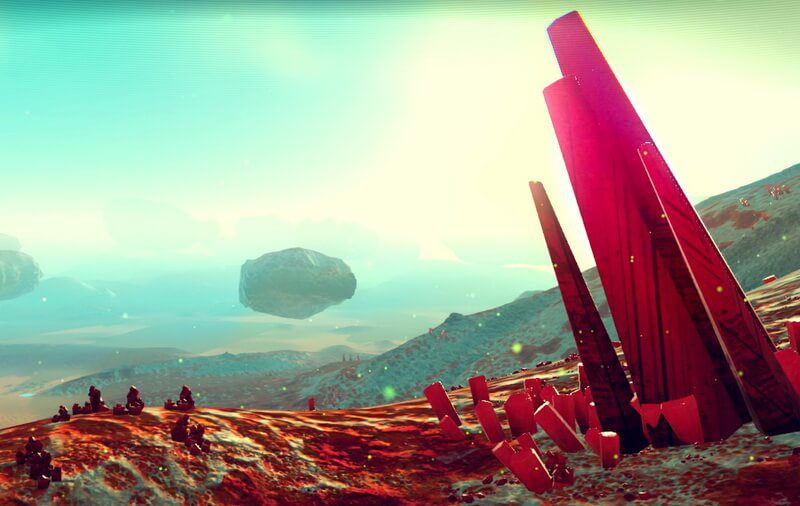 One of the most consistent complaints about No Man’s Sky which found worldwide approval was the fact that the game shipped with a pricepoint of $60, same as any other AAA title. Gamers felt this was grossly unfair since the game’s content and scale didn’t justify such a premium pricing.

However, most people suspected Sony had something to do with deciding the game’s pricing, especially since it promoted the game so aggressively throughout its events and promotions.

It was only logical that it was Sony who decided the price of the product, especially since it was distributing the game as well. But new details have emerged that completely refutes these theories.

Popular host Geoff Keighley has revealed that it wasn’t Sony who decided the pricing but the developers Hello Games themselves. Keighley was in contact with the developers of the game since its announcement before having a fall out in March 2016 after Hello Games founder Sean Murray felt the host was being too ‘harsh and negative’ in his coverage of the game.

However, Keighley had several interactions with the team prior to that and one of them involved him voicing his disapproval about the game being shipped at a $60 pricepoint.

I disagreed with them charging $60 and putting it in a box. I think what they should’ve done was put it out as an Early Access game and let people play it and build over time with the team and the community.

We all wanted to believe in No Man’s Sky and Sean did, too, so much so that he was never able to build up the gumption to rip off that Band-Aid and reveal what was and wasn’t in the game.

This seems to suggest it was Hello Games who went ahead and priced the game at the hefty $60 pricepoint and Sony had nothing to do with it. Sony just handled distribution of the title and wasn’t the publisher of the game, as many wrongly suspected.

No Man’s Sky developers are currently being investigated by a federal body for charges of false advertising and other malicious practices.