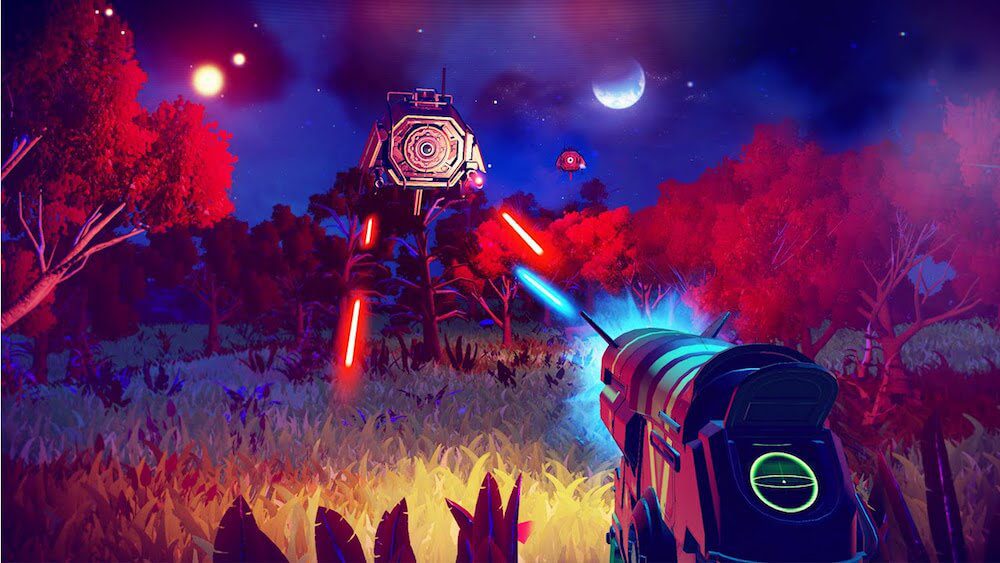 It’s not news that PC ports have had a troubled history ever since the dawn of ports. (We’re looking at you Arkham Knights and the original Dark Souls.) But now a new player has emerged. With the most hyped up game of 2016, No Man’s Sky PC port is truly one for the history books.

No Man’s Sky was first premiered in 2014 at the E3 conference in LA. It only took 24 hours for the gameplay trailer to hit 3 million views (which now stands at 5 million). This was truly one of those cases of manic internet excitement that happens when captivating new games are first introduced. Fast-forward two years to 2016 when the game is finally released to PS4 and PC worldwide (after some delays) and the internet is surprisingly happy once again. It even managed to grab the 2nd biggest PS4 launch ever right behind Uncharted 4. But as happy tales sometimes go, many PC players ended up extremely dissatisfied.

TotalBiscuit, a major figure in the gaming community with over 2 million subscribers, recently made a video critiquing the major flaws with the game’s PC ports and outlining how ports work in general. He quotes, “This is a very interesting situation, some problems include massive frame rate problems, hitching, and the awful video graphics settings interface.” Other YouTubers have also jumped in the No Man’s Sky controversy including Pyrocynical stating “Sean Murray (the creator) has been very confusing and vague from the start with misleading customer, it’s either multiplayer or not.” in response to the community backlash of the game not being multiplayer.

But besides the multiplayer/not multiplayer fiasco, the number one reason why players on Steam want refunds is because of the shoddy glitches and NASA level PC requirements. The minimal requirements to run the game at high performance are: Core i3-530 at 2.9ghz, GeForce GTX480 graphics card and a minimum of 8 GB RAM. But users with high end gaming PC’s claim that the frame rate problems on the highest settings make it impossible to play, some reports even show the FPS dropping to 10!

Sean Murray released an article on the No Man’s Sky website after all the hate mail he had been receiving. In this article he says:
We’re tracking a number of issues, bugs and crashes that players are reporting, and working to resolve as soon as possible.

The number of people players, and length of average play session, has been far more than our small team could have anticipated. That said, we’re working quickly to adapt.

We sincerely apologize to anyone affected in the meantime.

Here are some things to be aware of:
• We’ve brought a new QA team on board today (larger than the entire Hello Games team!). This will complement the existing Sony QA team.
• We are working on fixes for the most critical issues, which will be in a patch in the near future.
• We will be moving to a ticketed support system next week, and have hired someone to manage this starting Monday.
• Some information will be posted in the Sony forums here http://community.us.playstation.com/t5/Games-Services/bd-p/22190
• Or contact Hello Games here http://www.no-mans-sky.com/support/

Although he was vague about the specific problems with the PC ports, fans were happy to get even a little bit of information regarding the $60 game they just bought. Maybe this will be a huge revolution regarding PC ports for the future, or this could turn out to be just another Watch dog’s situation (Ubisofts AAA title which had similar hype but failed to deliver to PC players) Maybe this could also be seen as a huge lesson regarding indie developers with a team of 15 engineers trying to cope with the biggest hyped game of 2016 and then being sold as a AAA title instead of a $20 game. But one thing is for certain, Hello games have definitely made all their money back plus more and I’m sure Sean Murray isn’t too worried about the hate mail.