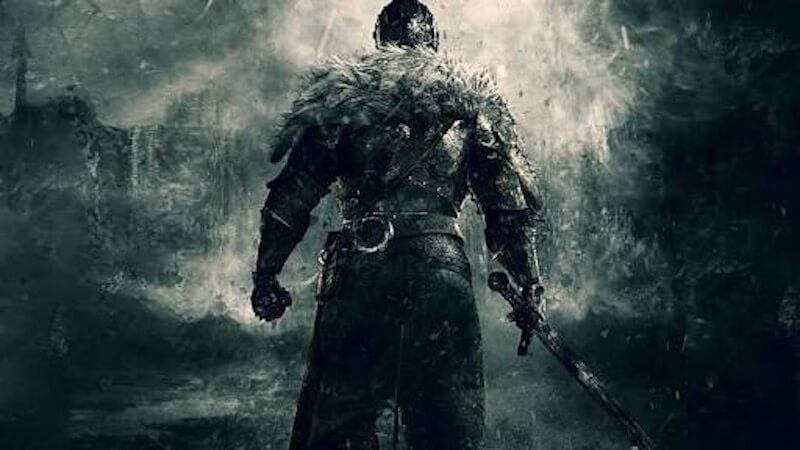 With Dark Souls 3 less than 2 weeks away, the time will soon be upon us to venture once more into a world designed to lead us astray, punish us for the smallest mistakes, and reward us for our skill and determination. For those of you who simply can’t wait any longer, or those of you who’d like to try something similar with its own twist, here’s a list of games you’re bound to enjoy.

Released on the 15h of March, this 2D Hack n Slash/RPG/Platforming hybrid is pretty much Dark Souls but without a 3rd dimension. The game puts you as a sailor who wakes up after being shipwrecked on a strange, bleak island. The island is far from uninhabited however; in fact, it is filled with monsters all as liable to kill you as the next. To help in your quest, there are a variety of weapons and upgrades available to you as you journey further into the island, with an extensive skill tree to spend your skill points on. To obtain these skill points, the player must acquire a certain amount of “salt” from defeated enemies, which acts as the game’s experience points.

Much like Dark Souls, there are a variety of play styles available – an all-powerful mage, a far hitting ranger, an up-close-and-personal smash tank. Also very much like Dark Souls, prepare to die. A lot. Combat in this game, much like its source of inspiration, is complex and nuanced, and button mashing will only end up with you yourself being mashed. Timing is key, and if you can manage to reach the end of the game, you should be able dodge pretty much anything that’s thrown at you, both in game and in real life.

Despite clearly borrowing much of its atmosphere and gameplay ideas from Dark Souls, Salt and Sanctuary develops its own identity very well, and will keep you coming back for more of its own uniquely addictive special gaming sauce.

Now, for those who enjoy the feeling and the challenge of Dark Souls, but want to try something a little different, this entry could be for you. You play a band of adventurers trying to rebuild a hamlet while also defending it against the twisted monstrosities that roam the land seeking its destruction.
The art of the game has a heavy gothic influence, and the excellently done hand drawn style only further assists in drawing you into the game.

Combat is done a little differently here: battles are turn based, and although you can level up and develop your characters, each of them has their own very unique set of skills and playstyles. Battles require thought and preparation, and even then, there’s no guarantee of victory.

Physical fights aren’t the only thing you’ll have to worry about either. The game implements something called the Affliction System. What this means is that not only will you have to contend with fighting for your life, you also have to fight to stay sane. Fear, irrationality, paranoia – all of these and more play their part in trying to ensure you don’t survive the journey.

As if that wasn’t enough, all of your characters are also able to be permanently killed, with no hope of revival. Talk about a challenge.

Those of you who especially enjoyed Bloodborne are likely to love this too. You can easily find as much eldritch horror as you can handle, and the subtle story-telling and mountains of replay value will keep you entertained for a long time yet.

Exanima is a dark, low fantasy RPG with a strong emphasis on melee combat and realistic environment interaction. The developer, Bare Mettle Entertainment, set out to create a game with complex and deep melee combat that contained much of the physics and timing of a real life fight. They also wanted to make sure that the game remained an entertaining experience. And so far they’ve succeeded.

The combat, object and environment interaction are incredible, with the ability to do such things as throw chairs at enemies to knock them down, or to dodge an enemy’s sword only for him to hit and kill his ally. The learning curve is steep, but if you have a little perseverance and a lot of patience, the combat becomes very rewarding. The lighting effects are also excellently employed, really helping to develop the grim and gloomy atmosphere of the game world.

It’s a truly interesting and well developed game, despite still being in early access on Steam. Even better, those who thoroughly enjoy this can look forward to playing the sequel, Sui Generis. Designed as an open world RPG, it will dwarf the size and scale of Exanima, which acts merely as a prologue to it, so there’s plenty of hyper realistic sword and shield bashing to come yet.

In DarkMaus, you play a mouse that wakes up on a desolate beach, with no hint as to where to go and what to do, only a shield and sword at your disposal, and everything is out to kill you.

Nothing new here then.

DarkMaus favours a top down view, and colours its world in shades of grey, brown and black.
The game makes excellent use of its minimalistic environments to create tension and fear. As you traverse the world with your torch, and the shadows move around you, that flicker you saw could just be a harmless, swaying tree branch. Or, it could be something much more sinister.

Combat has as much variety as you’d like to see: spears, great swords, bows and even fireballs are all available to use however you think is best to help you survive. One unique and very interesting aspect of this game is that, upon death, you obtain a ghost version of yourself.
This ghost is able to fight by your side, and can assist you in retracing your steps. In time, you can even have multiple ghost versions of yourself, each of whom you can equip differently.

This opens up a huge amount of strategic possibilities, and with the addition of a New Game+ mode introducing new enemies, it may very well be needed for the challenges that you come to face.

Although not yet released, Eitr is a promising fluid combat RPG from game developer Eneme Entertainment. The game has a striking old school inspired art style, bringing vivid colour and life to its world steeped in Norse mythology. You play a character called the Shield Maiden who, having had her fate twisted at birth by the Norse god Loki, must travel across the nine Norse realms to discover her destiny.

Gameplay demos show the combat to be no less challenging than other entries on this list, and with a number of weapons and special attacks at the Shield Maidens disposal, there’s plenty of variety to keep it interesting.

Unique to this entry is the Favor System, which replaces the traditional EXP system found in most RPG’s. With it, you have the choice of having permanent upgrades as you level, or more powerful upgrades that can only be achieved upon dying. This is certain to create a myriad of unique and complex playstyles when the game is finally launched.

This selection should keep even the most hardcore and masochistic gamer amongst you appeased for a while. However, nothing does quite fill that empty hole in our hearts like Dark Souls.

Which ironically, probably created it in the first place.