Talk about a hidden easter egg, these secret menus within the original Mortal Kombat arcade game cabinet weren’t discovered until more 20 years after they were released. They can only be accessed by inputting a long and complex series of block button combinations, which even if done correctly, don’t guarantee success. It’s no wonder then why these menus stayed hidden for so long.

Should you be successful in putting in the code, you unlock menus that allow you to change leaderboard names and see every characters fatalities and story endings. You can also unlock all hidden characters and there’s even a Galaga-esque shooter game you can play.

These menus were also found to be in the other 3 original Mortal Kombat arcade games, using a similar unlock code. Who knows, maybe there are other old cabinets with secrets like these, still waiting to be discovered. 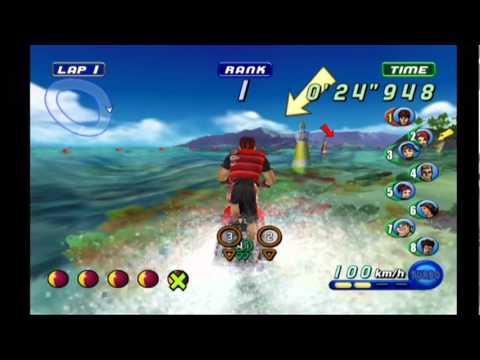 Released way back in 2001, Wave Race: Blue Storm was a jet ski racing game released for the Gamecube. The game was pretty fun, and while you played, a voice in-game would generously comment on your actions.

Shooting forward to the year 2010, 9 years after release gamers discovered a little secret. By inputting a modified version of the Konami code in the audio settings screen, you could change the normally encouraging commentator into a snarky and unamused champion of criticism.

Spouting things like “you don’t have an inferiority complex – you’re just inferior” and “your wins are like diamonds – very rare”, this new commentator was a welcome change for those bored of feeling like they worth something. 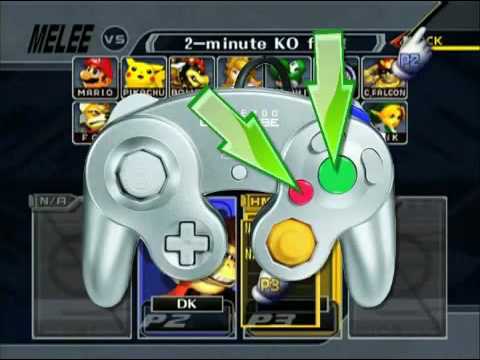 Super Smash Brothers Melee on the Gamecube was the ultimate multiplayer game for you and a group of friends. Countless friendships were created and destroyed at the hands of this one title. It’s amazing then, that for such a popular game, it took 7 years to discover how to do this. Although, this easter egg is actually more a glitch. An extraordinarily precise glitch.

If you watch the video, you’ll see that it takes only a few seconds to perform, but the required inputs are so ridiculously specific it’s a wonder as to how anyone managed to figure this out at all. If done successfully, after what will probably take you over a dozen tries, you gain the prestigious opportunity of playing as Master Hand.

Any stage can be selected to use him on. He can’t be beaten, but you will have to watch out for the game freezing as it processes the fact you’re playing as a character you shouldn’t be. 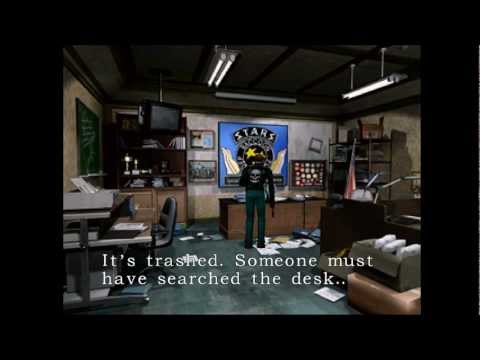 Now, all of the original Resident Evil games required a lot of thorough searching in order to progress. However, at which point is it that “thorough” transitions into being “obsessive compulsive”? Is it when you decide to check a desk 50 times, despite notifications telling you it is empty, in case just one more search might reveal something hidden?

Because that is exactly what you had to do to discover this easter egg. By checking Wesker’s desk 50 times, you are awarded the item “Film D.”, which after being developed in the Dark Room, produces an image of the character Rebecca in a basketball outfit. There appears no hidden rhyme or reason as to why the number of checks was set at 50. I feel sorry for the poor person who probably went through the whole game checking everything they could like this in order to find it. 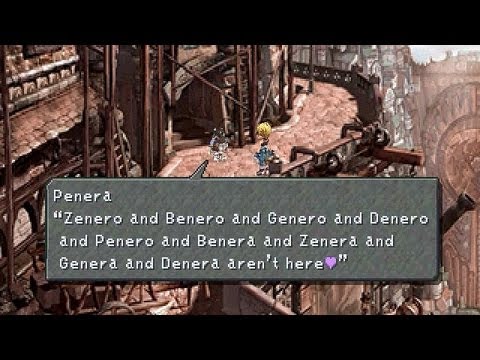 Final Fantasy 9 was the last hoorah by Square Enix for the original Playstation before it finally moved forward to the next generation of consoles. It’s a classic, an excellent RPG adored by fans across the world. Which makes you wonder why it took 13 years to discover one of its side quests.

Well, back in the year 2000 when the game was released, the internet was still getting its bearings. Online guides for video games were not exactly common. Coupled with the facts the official guide released for the game is notoriously bad, and the quest is developed across the entire game, it’s a little easier to understand why it’s remained buried until 2013.

Although a relatively insignificant quest, it’s a valid excuse to return and replay one of the most entertaining RPG’s of the Playstation 1 era.

Legend of Zelda: A Link to the Past – Chris Houlihan Room

Back in the early 90’s, Nintendo Power magazine ran a competition for one lucky winner to get their name into an upcoming Nintendo release. The winner turned out to be a person called Chris Houlihan, and the upcoming release turned out to be A Link to the Past. If there was ever a game you’d want your name immortalised forever in, it would be that.

Nintendo rewarded Chris’s competition win with a room containing a bunch of rupees and a plaque with his name on it. However, the room went unnoticed for a long time – more than a decade, in fact.
This was because it was practically impossible to find his room in the game, unless you performed a series of complex glitches to get you there. This led to no-one discovering it until the early 2000’s, way after the game released.

A little late in the finding, perhaps, but now it’s been discovered, Chris can also enjoy the fact he’s also part of one of the most famous easter eggs in gaming.

Goldeneye: 007 is a game regarded by many as the one of the greatest shooters ever made. Released in 1997 for the N64, the game quickly became one on the most popular on the console. The game did and still does enjoy huge success, especially for its legendary multiplayer mode that was actually added as an afterthought by the development team just before it was released.

Although already chock full of content, the game is also known for containing a HUGE amount of easter eggs, many of which weren’t discovered until years after release. There are so many, it’s difficult to choose just one to mention. The video above shows some examples, including the hidden island and Citadel, which were discovered originally using a Gameshark to input codes to unlock them. Many other easter eggs exist along with these, such as the Line Mode, a playable Sean Connery and even a game emulator for the ZX Spectrum.

Despite being released almost 20 years ago, more and more discoveries seem to be made as time goes on.

Will there ever come a day where there’s nothing left to find?