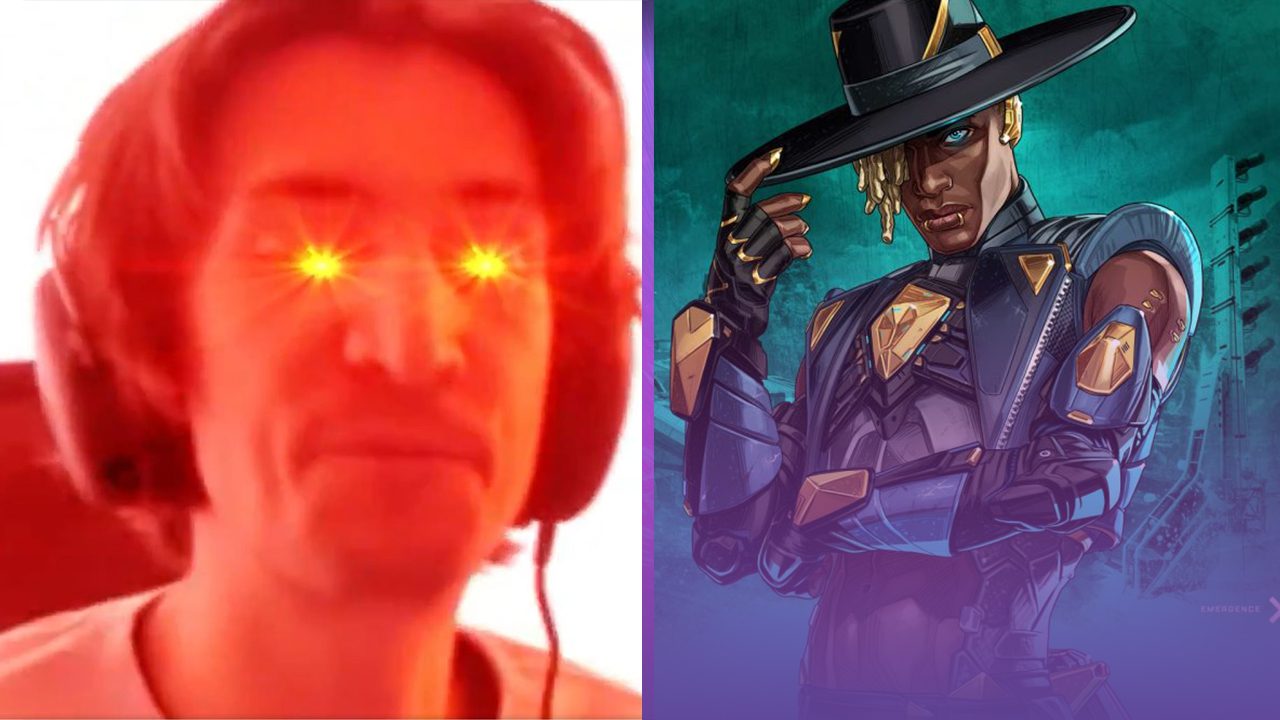 As xQc continues to explore Apex Legends, the streamer got into a rant about the fighting culture in the game, claiming that “nobody fights”.

xQc has been streaming Apex Legends since the battle royale launched its 10th season, Emergence. The former Overwatch professional got hilariously lucky just last week, after receiving the rare heirloom shards despite having no clue what they were.

However, in a recent stream xQc got into a rant about Respawn’s game, stating: “this game is just so weird. Nobody fights!“

Dexerto posted xQc’s rant on their Twitter, as the streamer went “in on” Apex players.

Continuing the rant in a non-quotable manner, xQc focused the rest of his issues on the constant use of healing items. With shield cells, shield batteries, phoenix kits, syringes and medkits, healing is a massive part of Apex Legends’ gameplay.

Unlike in Warzone, Apex’s gunfights last far longer. And with the varied time for each healing item, players must learn how to apply heals while briefly in cover. While for players like xQc who are used to more direct approaches, Apex Legends’ healing works into its more tactical gameplay style.

Call of Duty and Battlefield YouTuber JackFrags discussed his difficulty adjusting to Apex’s gameplay style recently, as he tried out Emergence. And with healing being such a large part of the experience, it’s no wonder many have claimed that the latest legend Seer is overpowered. The recon legend can interrupt heals, making him invaluable for pushing enemy squads on the back foot.

xQc joins many other streamers who are trying out Apex Legends, this past couple of weeks. Warzone streamer NICKMERC switched over to Apex Legends amid Warzone cheating issues. TimTheTatman also switched to Apex, before jokingly claiming that “Apex is hard”.

As a result of many large streamers like xQc trying out the battle royale, Apex quickly rose to the top of Twitch’s charts. As a huge fan of Apex Legends, it is great to see the game thrive. Hopefully that only continues across its tenth season and beyond.

What do you think about xQc’s rant about Apex Legends? Let us know over on our social channels!