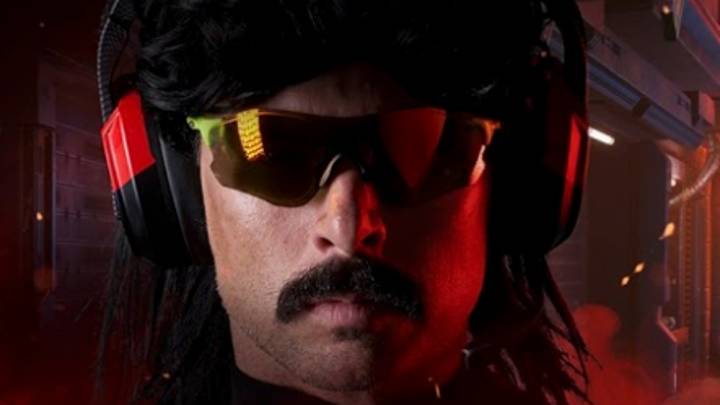 Popular streamer Dr DisRespect is hiring for his new video game development studio, and we really hope it’s for his battle royale.

Dr DisRespect has been discussing battle royale for a while now. As a frequent streamer of Warzone, the two-time champion Blockbuster Video Game Champion has quite a lot to say. He even stated that Halo Infinite “needs” the popular mode to succeed. But he’s also been discussing his own idea for a unique take on the battle royale.

The streamer has had a deep interest in game design, and this game development studio has DisRespect written all over it. Titled “Life-Changing Opportunity”, the post states that they are “taking the games industry by storm and incubating a new AA/AAA gaming studio that has a unique twist to it.”

If you are thinking of applying, you can do so at this link. But in typical DisRespect fashion, you’ll need to be the best of the best, with over 5 years of games producing experience, and have developed a shipped game with at least 100k users.

The post doesn’t specifically mention battle royale at any point, but considering DisRespect’s love for the mode, I suspect he’ll be eyeing up the potential to take on his battle royale.

Dr DisRespect, a.k.a. Herschel “Guy” Beahm, has long discussed his desire to create a “vertical battle royale”. Games like Hyperscape have tried to mix up the battle royale formula, but Guy’s take actually sounds interesting.

His idea would see players placed in a tower, with gameplay, operators and weapons much like Rainbow Six Siege. Players would then be forced to fight through the building to the top, as something like a fire took out one floor at a time.

I love this idea simply for revitalising the tired circle trope. Games like Warzone and Apex Legends have explained the purpose of their circles but they are rarely anything more than an inconvenience. Despite being awful at pretty much everything else, Firestorm had the right idea, by giving their circle visual flair and a physical presence.

What’s weird, however, is the mention of teaming up with a “select list of mega influencers” to collaborate on their “dream gaming title”. It’s quite an unconventional approach, and it is clear that it is early days for the studio at this point. However, by mentioning monetisation, meta, gaming loops, retention and esports, it’s clear DisRespects wants to hit the ground running.

What do you think of Dr DisRespect’s battle royale concept? Let us know over on our social channels!