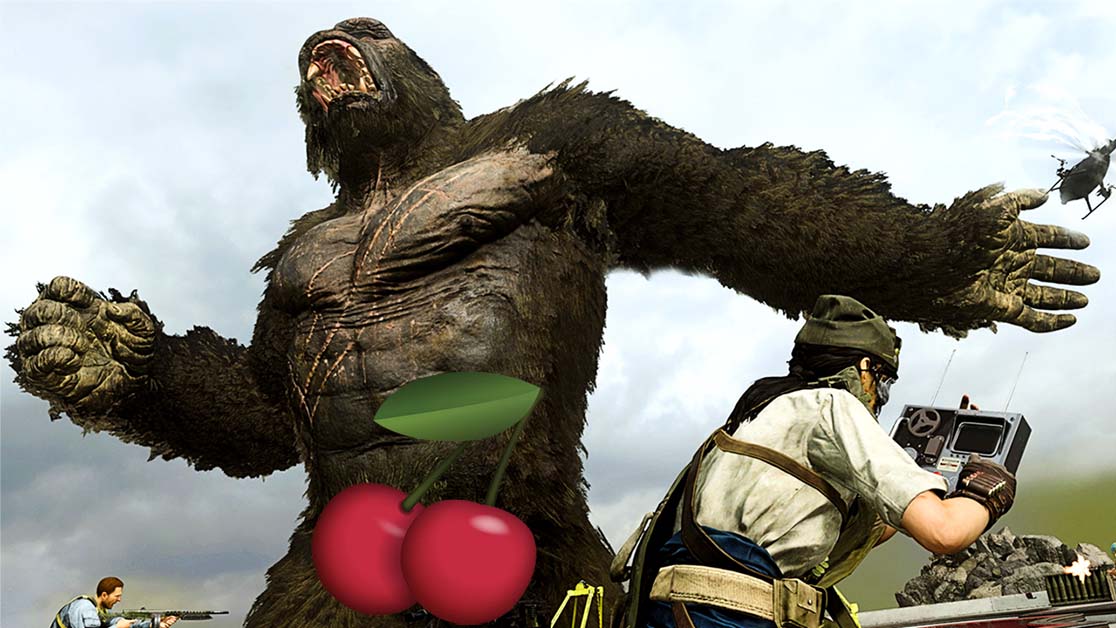 Call of Duty: Warzone players are currently farming King Kong’s testicles for experience. I didn’t expect to be writing that today, but here we are.

Warzone is currently holding a rematch between King Kong and Godzilla as part of Operation Monarch. Players are trying to stay alive while avoiding the two giant beasts roaming around the island.

Players can get rewards by doing damage to both Kong and Godzilla. And if you decide to attack Kong’s private parts, you can get some easy experience.

A video on reddit showed that it’s possible to use a helicopter to attack King Kong around his nether regions. The ape’s model isn’t entirely accurate, but it’s still pretty close. Regardless, players are able to farm experience points using this completely ridiculous method.

There are easier methods of course, like shooting at the ape from the ground, but where’s the fun in that?

Operation Monarch lasts until May 25th, and it started on May 11th. So there’s not too much time left for those hoping to get a shot at King Kong’s balls.

The update has divided fans, with some criticising the use of the monsters and others simply enjoying the dumb fun aspect of it. But I don’t know, this sounds pretty hilarious to me.

In other Warzone news, a new leak for the upcoming Warzone 2 has revealed some classic maps that could be showing up in the new map.

Apparently, classic Modern Warfare 2 maps like Afghan, Quarry, Highrise and Terminal will be worked into the Warzone 2 map. They’ve been expanded upon to fit more naturally into the bigger landscape, and some have new names.

The leak was reported by Tom Henderson, who also leaked a new “DMZ” mode based on Escape From Tarkov. The mode is reportedly an extraction game mode where player fight each other and complete objectives before extracting.

Have you tried farming Warzone XP with King Kong’s testicles yet? Let us know across our social channels.