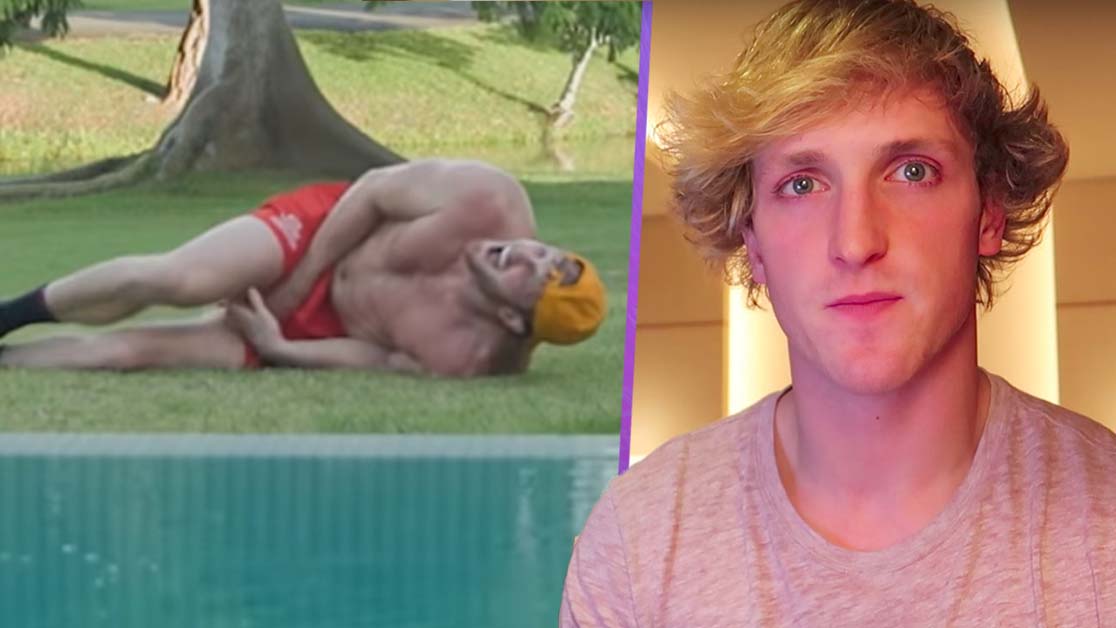 Logan Paul had a nasty surprise during a workout, when his dog bit his crown jewels.

I didn’t expect to be writing that today, but it’s funny how life works out sometimes. It’s also pretty funny that Logan Paul had his balls bitten by a pitbull, if not a little cringeworthy as well. It definitely doesn’t sound like a very productive workout.

Logan Paul was trying to make a video showing how you can get your dog involved in your workouts. Naturally, the dog in question wasn’t totally down with the idea and ended up protesting in their own special way. I don’t do much exercise either, but this seems a little extreme to me.

The video of the dog biting Paul’s balls ended up on his Instagram page. Clearly, he thought it was funny enough to upload after the fact, even if he seemed to be in intense pain during it.

The Instagram vid shows him casually working out with the dog, before it swiftly bites him down below. He’s instantly sent to the ground in agony.

Paul captioned the video “bad sound, but there goes my reproducers”. I’m willing to bet he isn’t actually hurt that seriously, but it does look pretty awful.

This is another story in a streak of bad luck related to Logan Paul. Previously, he lost millions due to a Pokemon card scam.

Paul spent $3.5 million on a case which was supposed to have 1st edition Pokemon Booster cards. He was told they were real, but when he opened the box he realised he had bought a ton of G.I Joe cards made to look like Pokemon cards.

Being bitten on the balls by a dog definitely sounds more physically painful. But I’m willing to bet the loss of that $3.5 million hurt a whole lot more.