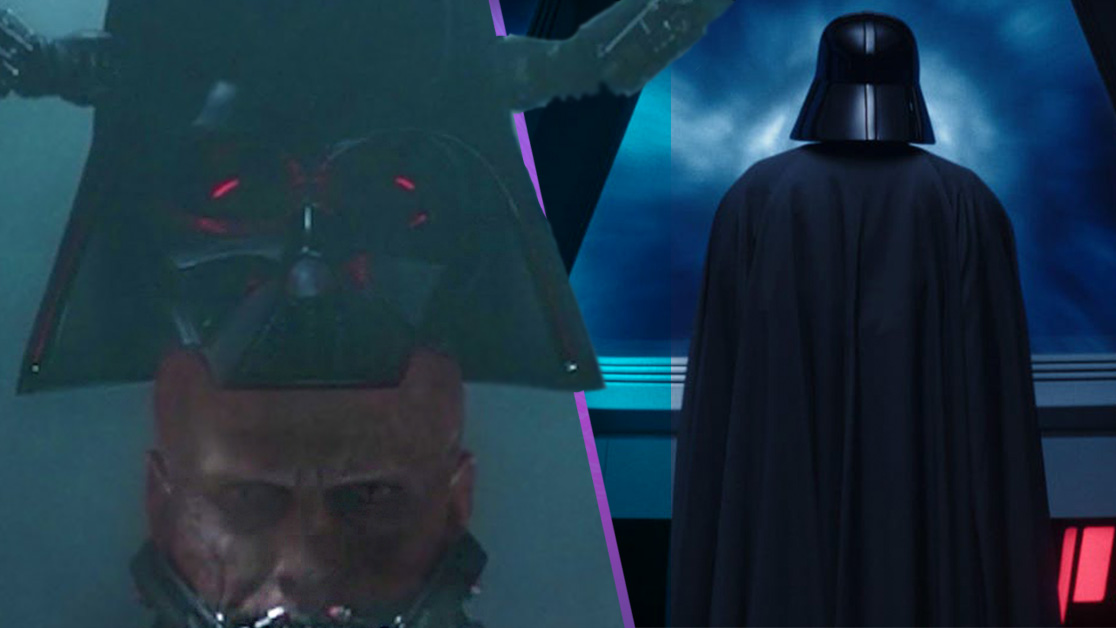 Obi-Wan Kenobi is finally kicking into gear and complete with the flashbacks and confrontations we needed. We’ve found out both Vaders’ and The Third Sisters’ true intentions in the hunt for Kenobi, but where does episode five leave us? Here’s Kenobi episode 5 ending explained:


Prequel fans found heaven with the debut of episode five and the duelling sequences set between The Phantom Menace and Attack Of The Clones. When Obi-wan had the upper hand, the scene switched to Vader and vice versa. It was a wonderful delivery that shows Anakin Skywalker is still very much a part of Darth Vader. Seeing this struggle and a more wreckless Sith lord is what we all wanted to see.

As The Empire descend on the rebel outpost on Jabiim, Reva (The Third Sister) is knighted the Grand Inquisitor for tracking Obi-Wan. The old trade route gate turned smuggling run turns into a battleground as rebel and Imperial forces fight for control as Princess Leia tries to fix the roof shutter blocking a rebel exit.

As the episode progresses, we find out that Reva is one of the younglings shown in the Jedi Temple during Order 66. She’s been climbing the ranks of the Inquisitorious and to Vaders side for an opportunity to enact revenge on the fallen Jedi. Her anger and impatience begin to make sense as she pines for her fallen Jedi and youngling family.

Vader wastes no time landing on Jabiim, ripping open blast doors and pulling down a large ship with the force. After slamming the ship to the floor, he proceeds to rip open the hull in a frantic search for Kenobi.

Thankfully the rebels thought ahead and hid behind the destroyed ship, escaping quickly in another vessel and once again dodging the Sith Lord. Reva takes this opportunity to strike at Vader in one of the best duels we’ve seen involving him.

after being stabbed in the stomach by her own lightsaber, flashbacks reveal this is the same wound dealt by Anakin Skywalker during the fall of the Jedi temple. The Grand Inquisitor then reveals himself and their plan to use Reva to get to Kenobi.

What Time and Date Is Kenobi Episode Six Released?

ADVERT
What Happened At The End? – Kenobi Episode 5 Ending Explained


As the action-packed episode draws to a close, we see Kenobi receiving news that the escape ship’s hyperdrive has failed whilst the Empire is closing in. He then feels a great disturbance in the force as scenes switch to Reva finding Kenobi’s Holotransmitter.

It looks like Obi-Wan isn’t very good at deleting messages, Reva learned of Luke Skywalkers’ location on Tattooine, albeit via a broken message. The episode ends with a shot of Luke sleeping on Tattooine.

What Will Reva Do? – Kenobi Episode 5 Ending Explained


Although she knows that Anakin Skywalker is Darth Vader, absolutely no one bar Kenobi, Bail Organa and Yoda know that Luke and Leia are Skywalkers. One of two things can happen in the next episode:

– Reva figures out who Luke and Leia really are by connecting the dots somehow and heads to Tattoine to strike down a Skywalker.

– She wants revenge on Kenobi and will use Luke as leverage to her own ends just as she did Leia.

Either way, this involves Reva returning to Tattoine. Vader and the Grand Inquisitor are out of the picture, leaving her dead and pursuing Kenobi in space. With Kenobi sensing a disturbance in the force relating to Luke, perhaps he’ll divert to Tattoine.

This is a dangerous plot device as Vader doesn’t know where Kenobi has been hiding all this time. If Kenobi and the rebels draw the Empire to Tattooine, he’s risking everything.

Either way, expect a Kenobi Vs. Reva’s final duel on Tatooine.

Kenobi Vs Vader – Where And When Will It Happen?


Given that Reva will be on her way to Tattoine (most likely), it doesn’t feel right to draw Vader closer to Luke and reveal where Kenobi has been hiding for the last decade.

We think Kenobi will give himself over to the Empire in order for the rebels to escape. The rebels or Kenobi will make contact with Bail Organa beforehand to meet the rebels on Tattoine to pick up Leia and rescue Luke before Reva can get there.

Having a Kenobi Vs Vader duel on an imperial ship will illustrate some amazing symmetry with A New Hope whilst allowing for more flashbacks between the former Jedi Master and Padawan team.

What Do The Flashbacks Mean?


Looking at episode five, flashbacks are being used to show conflict in Darth Vader as he suppresses the light side of the Force, personified by Anakin Skywalker. At this point in time, Vader is having a massive identity crisis.

Vader lived in a painful and outdated life support suit and his palace was constructed with the help of Darth Momin over a dark side conduit, serving as a magnet for the dark side. He knows he is conflicted, choosing to drown himself in Sith artefacts, teachings and his loss of Padme in an effort to destroy Anakin for good.

The fall of Anakin Skywalker is a tragedy, a man wants to protect his wife and children at any cost but ended up paying the ultimate price. Putting his Sith Lord status to one side, this man has lost everything and has nothing but darkness to remind him of his mistakes and the mass genocide he carried out.

Flashbacks relating to key developmental moments between Vader and Obi-Wan are a perfect lens for audiences to look through. They also show how Kenobi tried to show Anakin how to focus his strong affinity to the force. There are obvious red flags during the episode 5 flashback, but Obi-Wan still sees the good in Anakin and furthers his training.

Regardless of the outcome in Episode six, we can expect an action-packed event that will see Obi-Wan MIA and presumed dead by the Empire. Returning to his watchful post on Tattooine, Leia will return to Alderaan alongside the Organas and grow up to be a fantastic Diplomat and Princess.

The pressure to ensure canon is kept intact is intense, but we’re sure director Deborah Chow and writer Joby Harold have things under control. Let’s hope this limited series allows for more appearances for Darth Vader. We’re secretly holding out for a Vader Origin series, showing his struggle with the light and dark.