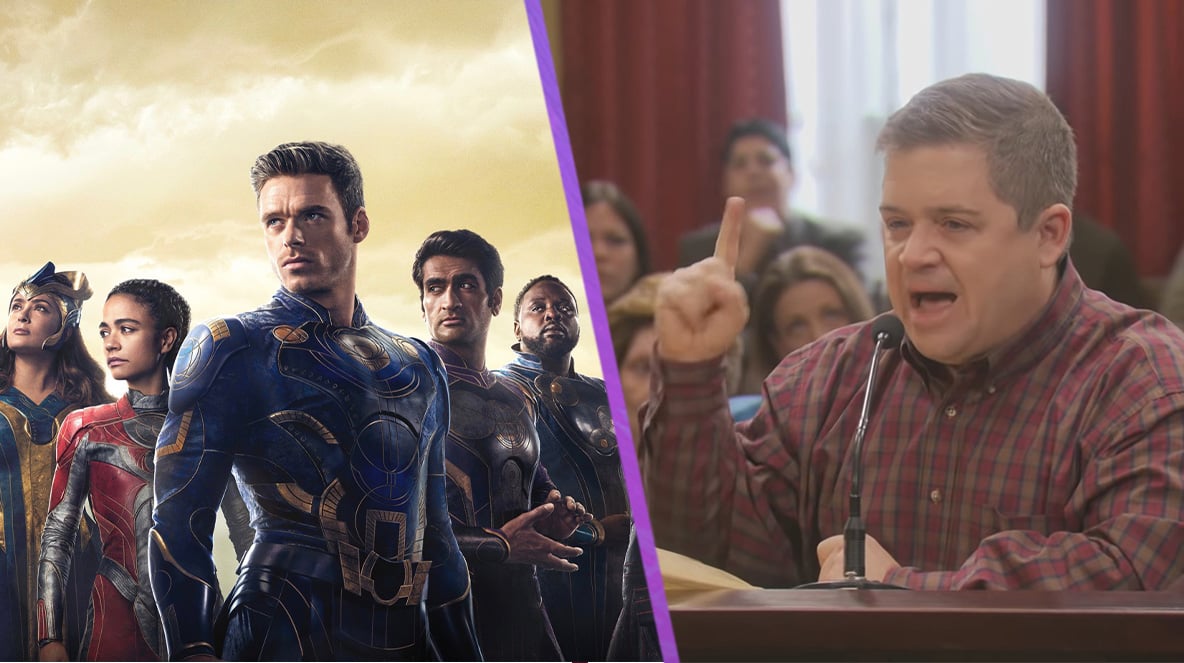 In conversation with Comicbook.com, the Eternals voice actor addressed MCU reappearance speculation. “I have not heard those rumours.” He says, “That would be amazing if it [the Eternal’s sequel was about Pip and Starfox] because it just seems to me that every time Marvel has rolled the dice on these kind of B or C-level characters… That’s where they end up kind of really blossoming.”

This wishful thinking comes after Pip the Troll (voiced by Oswalt) debuted in the film’s end-credit scene. Harry Styles also appeared as Eros of Titan/Starfox.

The extra Eternals scene in question opens with Makkari (Lauren Ridloff), Thena (Angelina Jolie) and Druig (Barry Keoghan) aboard their spaceship hunting for other Eternals. Pip the Troll appears onboard and introduces Eros – the younger brother of Thanos. Eros (also known in the comics as Starfox) tells the ship’s inhabitants “your friends are in big trouble, and we know where to find them”. The bonus scene then cuts out.

Oswalt, who was interviewed during the promotion for his new comic book, Minor Threats, said  “If they did a movie about Starfox and Pip, that would be… Those would be dice I’d like to roll. Why not?”

Elsewhere in the interview, the now-cancelled M.O.D.O.K showrunner also expressed his love for other MCU projects. “There’s Guardians of the Galaxy. I don’t know if you’ve seen the new Ms. Marvel show, but it is just an absolute delight… And also, I’m a huge fan of both the Ant-Man movies.” He continued, “I think those are fantastic and very, very underrated in terms of Marvel and capturing the spirit of those times.”

The appearance of Oswalt and Styles has left many fans hungry for another Pip/Starfox outing. However, it’s unclear whether it will be during an Eternals sequel.

Will there be an Eternals 2?

“It’s not something that is a must-have,” Moore says of potential sequels. “Obviously, we have ideas of where we could go, but there isn’t a hard and fast rule where we have to have three of these things and this is the first.”

Moore also said that Eternals was designed for new fans to watch without any previous Marvel Cinematic Universe knowledge.

“If you just watch Eternals, you can enjoy… you can understand… and you’re good to go,” he said.

Eternals, directed by Chloe Zhao, is now streaming via Disney+.