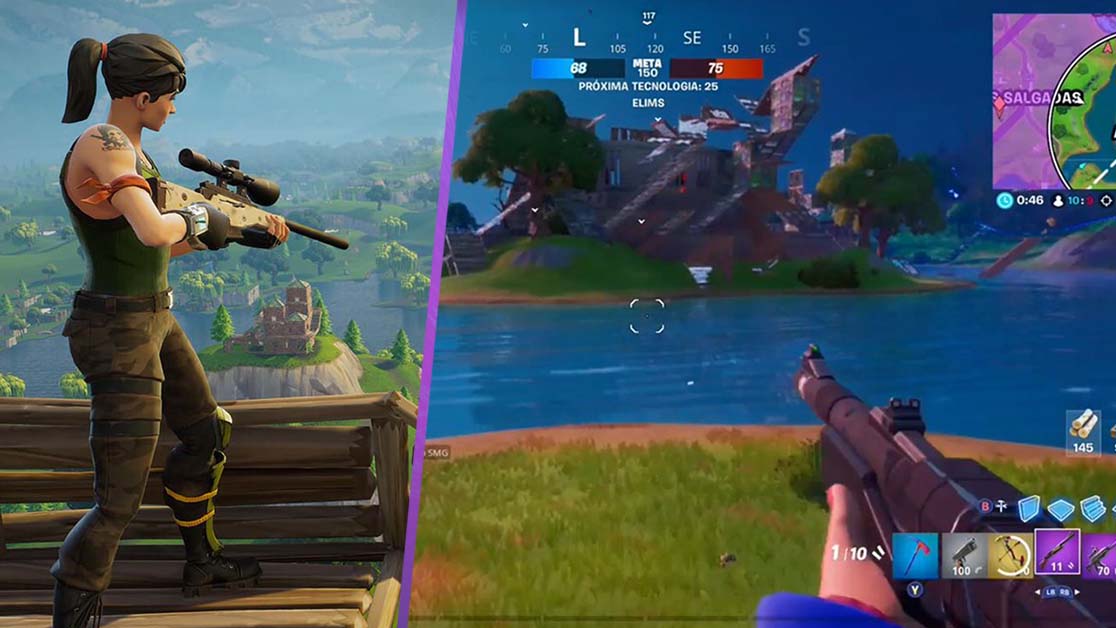 A first person mode could potentially come to Fortnite, according to new leaks on Twitter.

It wasn’t too long ago Fortnite received a much-requested feature in No Build mode. That mode has been requested by fans for a long time, as some never really meshed with Fortnite’s building mechanics. The mode became popular with people who weren’t really a fan of the building feature, and offered a more straightforward battle royale experience.

Now, it seems like another requested feature could be on the way. It seems that Epic Games could be experimenting with introducing a first person mode into Fortnite.

According to HYPEX on Twitter, Epic began working on first person camera mode in a recent update. HYPEX is a known Fortnite leaker with a solid track record. They tweeted about the new feature, stating that Epic is working on it.

The tweet reads “This update Epic began working on some stuff about first person camera mode but there’s no other info about it at the moment as it looks like it’s still in early development. Would work REALLY well for the Zero Build Modes.“

It’s possible HYPEX has new info and simply used an old image too. Either way, it’s the most we’ve heard about a first-person mode in a long time. And it definitely makes sense for Epic Games to introduce it in some form.

Other battle-royale games, like PUBG, Call of Duty: Warzone and Apex Legends, all have first-person. It’ll be interesting to see how first-person Fortnite can stack up to these other battle royale titles.