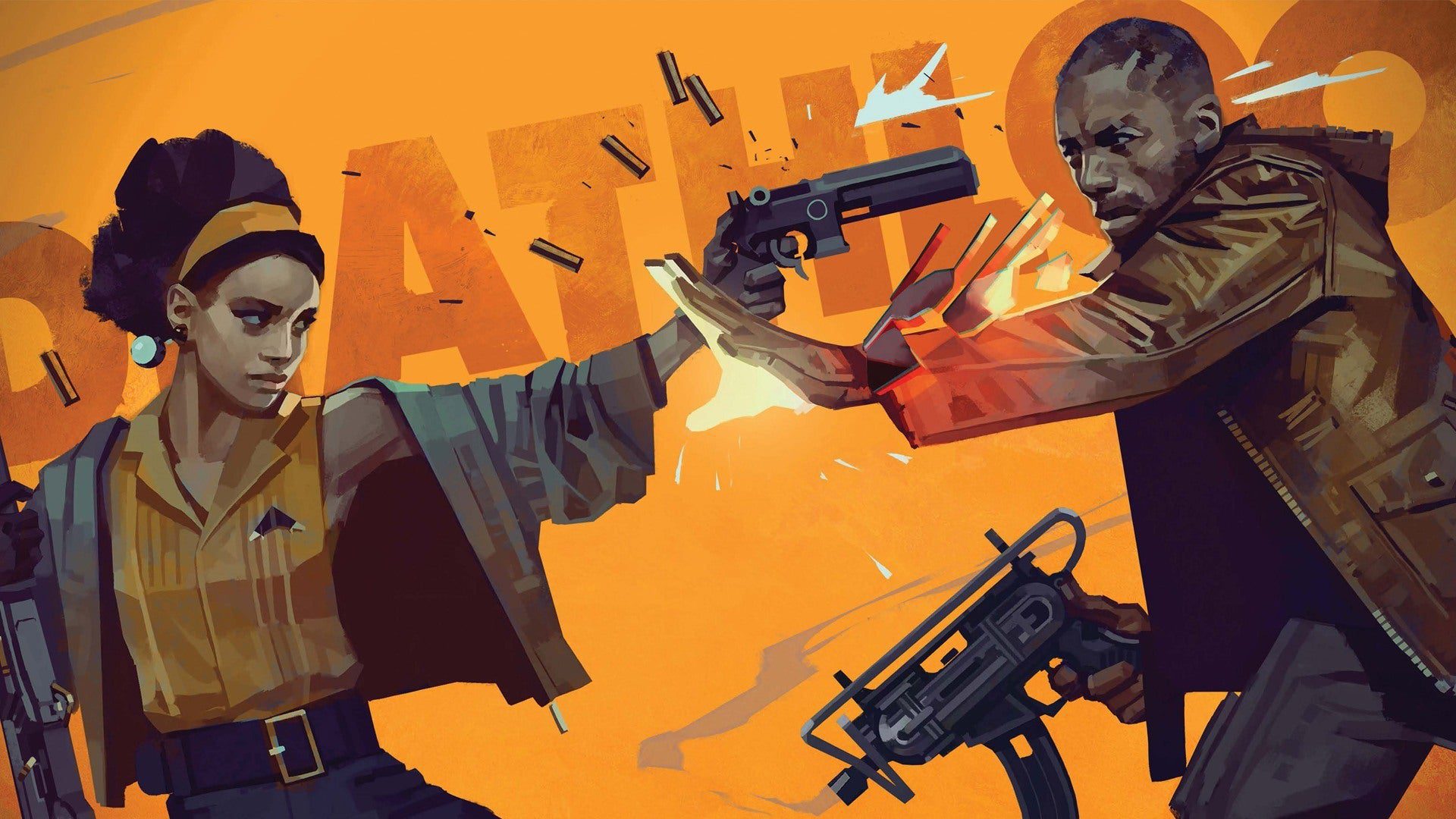 Have you been enjoying Arkane’s latest release? We’ve compiled a list of some other awesome games that you should check out!

Deathloop is out in the wild and the consensus is…. it’s pretty great. Like seriously great. We even gave the game a coveted 10 out of 10!

But the latest from Dishonored developer Arkane can be a lot to take in. It’s an action, first-person shooter, with puzzler elements, a looping gameplay structure and a wild 60s aesthetic. Oh, and it’s even got a nerve-wracking PvP element. Deathloop is certainly hard to pin down and for a lot of folk out there, that might be a bit intimidating.

However, you may just need a little warming up. So here are four games like Deathloop, that’ll get you ready eager to live, die and do it all again.

Returnal was the other time-loopy PlayStation exclusive to launch this year. From Resogun developer Housemarque, it pitted players in an alien planet where death sent them reeling back to the start. Hey! Sort of like Deathloop! You see where I’m going with this?

While thematically and stylistically Returnal and Deathloop could not be further apart, the time-loop gameplay structure hit the same notes. Returnal keeps you on your toes with a shape-shifting map with each run, but you’ll use each run to learn from your mistakes and study your enemies. You’ll begin to learn which weapons work against which aliens, and the different tactics to adopt.

Beyond your central premise, Returnal has a cracking story, some haunting visuals and killer gameplay. It might aim for dread, but it will leave your yearning for that repetive loop of pushing further and further on each attempt.

Kicking off 2021 the right way, IO Interactive capped off the Hitman trilogy with a bang. With some of the most detailed maps in the series to date, this assassin adventure was about soaking up your surroundings as much as it was strangling people to death.

In Hitman 3, you learn character routes, discover their darkest secrets, and nozzle your way into every nook and cranny the game has to offer. Knowledge is power in Hitman 3, and you’ll not find an experience that will leave you tailing NPCs for minutes on end that is still this fun.

Once you have learned the routes and dug up the secrets, Hitman 3 really shines. You will fight with the timers to pull of the slickest and fastest assassination in the world. Once you have mastered a map, there is no better feeling as you weave you way through the memorised path of security, civilians and targets alike. The game even feature ongoing updates and events to boost replayability even further.

Dishonored 2 is one of the best examples of Arkane’s master level design. From insect-infested asylums to mechanically transforming mansions, it’s genuinely one of the best games out there. And much of what you see in Dishonored 2 has been carried over into Deathloop too. It even has some abilities inspired by it.

While the story is fun and there is a bunch of lore to dig into, Dishonored 2 is all about blending stealth and action gameplay. Mixing your powers and weapons to slice, stab and strangle your through Karnaca is an utter joy. With open ended level design, there are always different methods of approach. You can even play the game non-lethally to add another layer of difficulty.

For those of you keen to let loose after trying to play with as little bloodshed as possible, Deathloop is Dishonored unleashed. Deathloop keeps a lot of the design philosophy’s of Dishonored 2, whilst also ditching non-lethal, amping up the action, and removing its morality system. You’ll literally find text prompts that say “Kill Every Motherf**ker”.

Prey Mooncrash is the DLC to the 2017’s Prey, and is possibly the closest thing you can get to Deathloop.

Players are dumped on a simulation of an alien-infested moon, and have one goal: escape. Mooncrash takes the Dishonored-but-sci-fi gameplay and amps it up with an evolving map and increasing difficulty. With four character each with different abilities, you’ll tackle the loop time and time again, acquiring new skills and power-ups in the process.

I feel like Mooncrash had to influence some of the designs of Deathloop. And even if you are planning on picking up Deathloop, you should at least try this one out.

What do you think of these Deathloop-like entries? Let us know over on our social channels!