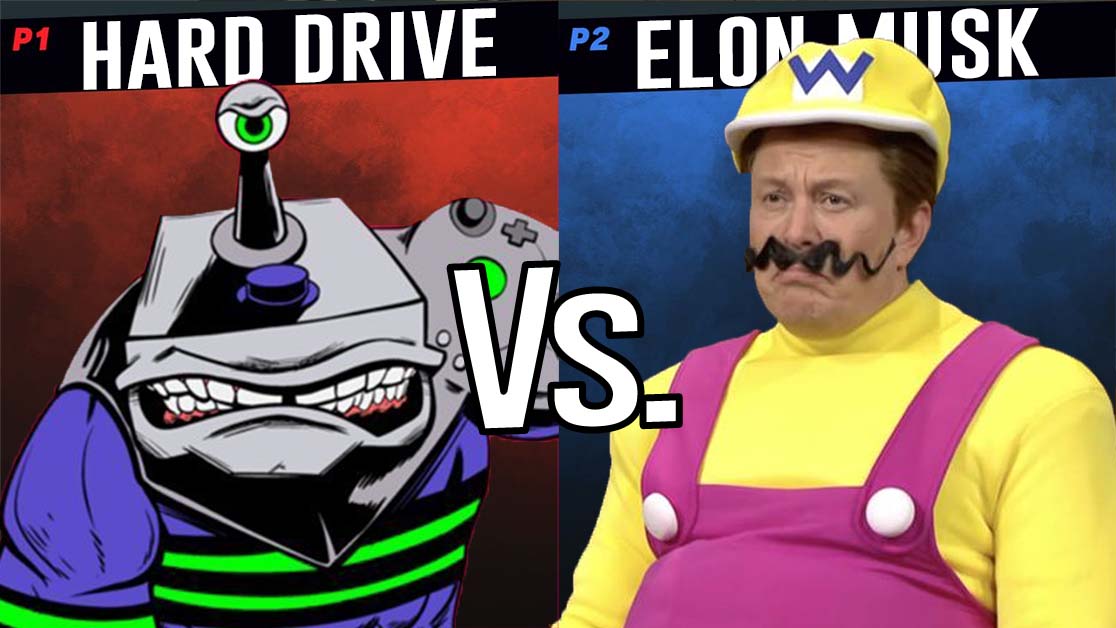 If I was a billionaire, I’d probably want to spend my time enjoying life. But Elon Musk has decided to spend his time getting roasted on Twitter by a satirical gaming website, and it’s not going well for him.

The site in question is Hard Drive, a site styled after The Onion’s brand of satire where fake, comedic articles are made to appear believable. They’ve been doing the rounds on social media for a while, but a recent fight with Elon Musk brought them back into the spotlight.

It all started when Elon Musk reposted an image of one of their articles without crediting them. He either cropped their name off, or shared an image someone else had cropped. Either way, Hard Drive called him out for it.

Elon Musk then proceeded to have an embarrassing meltdown, because that’s just what you do when you’re a billionaire online. He said “this is only a 6/10 meme, so maybe step down from that high horse!”

Little did he know, Hard Drive was not about to step down from their high horse. In fact, they were about to ride that horse straight through Musk’s fragile ego.

After some back and forth, Musk describes Hard Drive as “less funny than SNL on a bad day.” He pretty much signed his own death warrant here, as Hard Drive fired back with this banger.

Personally I think this is the best tweet of 2022, but feel free to make your own judgments.

Musk has since deleted the original tweet with the cropped article, and hasn’t replied again. Probably a smart decision, because he was kind of digging his own grave already.

But the story doesn’t end there, because Hard Drive has been quickly writing articles to capitalise on Musk’s meltdown. One is called “Hard Drive apologises to Elon Musk for dunking on him too hard”. And then there’s “Elon Musk offers to buy rake he stepped on.“

All in all, social media may be problematic at the best of times. But the ability to bully a billionaire for the whole world to see is kind of special in its own way.