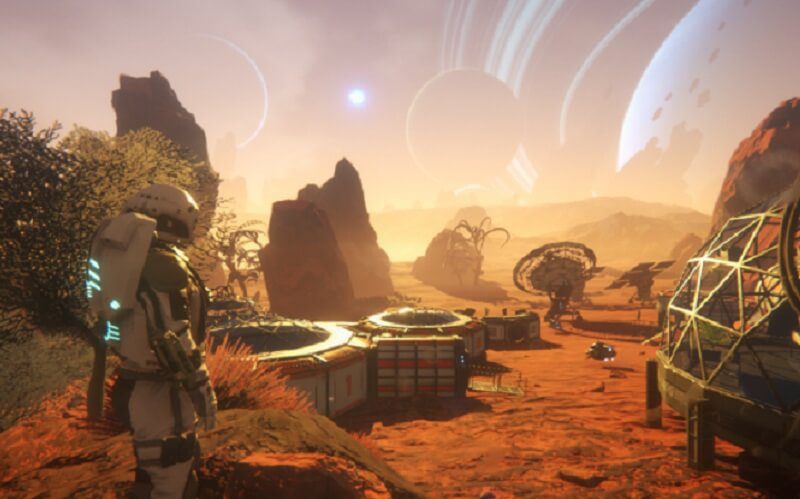 In the game, you have to play as a member of the Osiris 2 mission, which was on its way to know about the members who were on the Osiris 1 mission. However, the spacecraft crash lands on a alien planet.

Then starts the real survival game thing because you’ll run short of everything including food, water and your only aim will be to stay alive. You’ll then need to find food for yourself, fight the different faunas of the planet and build a place where you can be safe.

The game has an impression of sci-fi films like Prometheus, The Martian, Gravity etc. The interesting thing however is that Mcrae didn’t start with an idea of a survival game but the setting made him change course in the future.

His aim was to make the players deeply involved in the beautifully hostile environment of the game. The players will need to push themselves in the game to set out in search of food and water where they’ll face various difficulties like wild and dangerous creatures etc.

The planet sees some kind of insect-like things during the day which roams around. They, however, don’t attack you if you don’t enter their territory. The night on the other hand is a bit scarier. You will not be able to see anything unless you use an artificial light.

More dangers emerges at night and you’ll need to protect yourself from them. The game also have Starship Troopers and some eerie looking monsters who will definitely be after you.

However, you have an access to several vehicles which you can use to protect yourself. Hovercrafts, dune buggies etc are some of the vehicles that the game possesses. Another interesting thing in the game is that, you’ll be able to depute to some works like processing minerals to the droids while you are on the move.

The game will also let you meet other players who can help you in building bases or spacecrafts using which you would be able to explore some other planets. Another great part of the game has great weather effects such as erosion or other changes to the environment. Similarly, every player on the server will also be able to see if you dig a hole or build a big base.

Osiris: New Dawn, which sounds like an interesting game is scheduled to release in the fall this year.