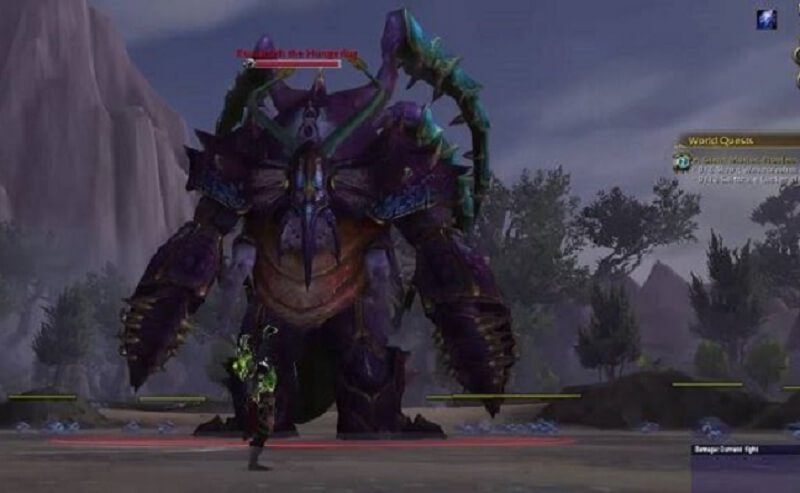 Blizzard’s World of Warcraft is one of greatest MMORPG ever. The game is a creative masterpiece apart from being an culturally important one too. The World of Warcraft movie, which was released this summer also went on to become the most successful video game movie ever.

Blizzard, on the other hand has the knack of including various Easter Eggs in the game referring to various iconic pop culture moments. This has turned a lot of World of Warcraft players into excellent detectives and they can now uncover the toughest of Easter Eggs.

There are even players who have reached the level cap within just six hours of World of Warcraft: Legion‘s launch, so it wouldn’t be easy for such players to unveil any secret in the game.

A group of players, while searching some hidden contents of Legion, accidentally discovered a hidden world boss. A Reddit post, detailed about the new hidden boss in the game called Kosumoth the Hungering.

The players were actually searching for an item called Long-Forgotten Hippogryph in the new Legion zones and that lead them to find a series of hidden caves in the Broken Isles which also had some mysterious orbs.

The players then had to click all the seven orbs on a particular order to get the perfect sequence and create a world event which spawned the new boss Kosumoth. However, we have not received much details about Kosumoth as it is still being figured out.

However, we must hail the players who have made an extraordinary effort to solve this puzzle. Blizzard, on the other hand has also done exceptionally well putting the puzzle in the game such that the players can solve it. With Blizzard’s development team in full form we are really excited for World of Warcraft: Return to Karazhan.