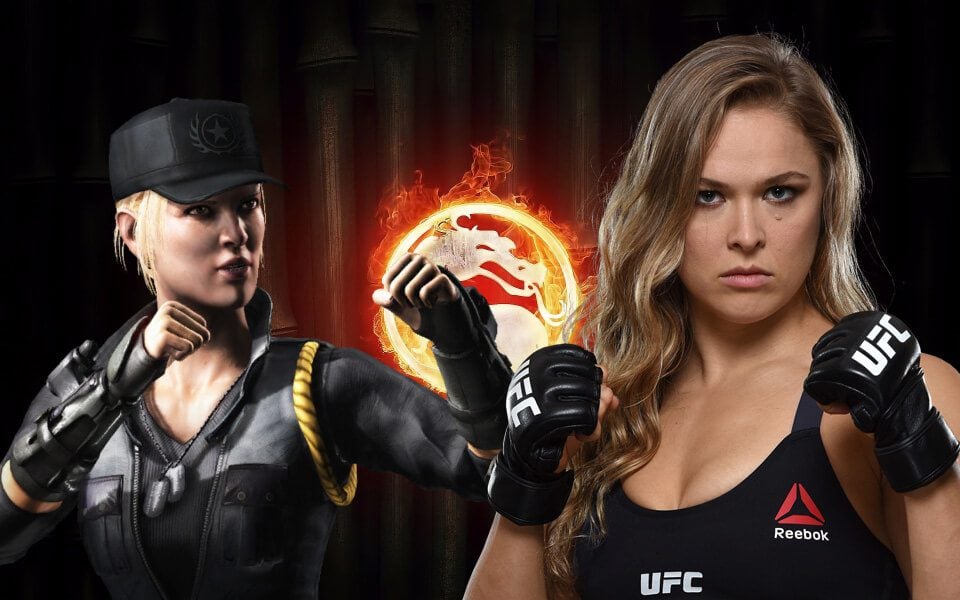 I was quite young when I watched them first time around, but that scene in the first movie where the heroes are talking with Raiden on the boat at night? I didn’t need an adults eye for detail to know that the stars were lightbulbs and that the ocean was a dark tarp they’d thrown over the floor and walls. At least the movie was below budget. If it even had a budget, that is.

However, it seems as though we can possibly expect our beloved franchise to get the movie it deserves next year. Here’s 12 actors we would like to see cast for Mortal Kombat 2017.

Daniel Wu could play fan-favourite and main hero Liu Kang. Wu currently plays the role of Sunny in AMC’s Into the Badlands and is a very notable figure in the Chinese movie industry. Some even refer to him as the young Donnie Yen, even though he’s 41 and Donnie Yen is 52.

Manu Bennett is no slouch in the acting business. He’s starred in everything from The Hobbit (he played Azog the Defiler), to the Arrow TV series, Spartacus, and even the Shanara Chronicles. Bennett is set to play Kano in the upcoming film, and he looks like a pretty good fit. Hopefully all that experience as an Orc in The Hobbit could prepare him for Kano’s extensive bio-mechanical enhancements.

If anyone reading this has watched the Undisputed series of films with Yuri Boyka, then you already know Scott Adkins is a martial arts force of nature. Some of the stunts he pulls in those films, like the flying double-split kick (seriously, watch it if you haven’t seen it yet, it’s frickin amazing) are incredible.

Adkins’ level of martial arts mastery perfectly suits the exuberant fighting style of Johnny Cage, so I personally can’t wait to see how they put Adkins’ skills to use in order to flip about all over the place, kicking ass the whole way.

Kitana is quite the favorite in the Mortal Kombat community, and it’d take a special type of person to play her properly. She’s not known for being particularly good at fighting, but from her roles in the blockbuster Transformer series, she’s no rookie to action movies either.

Besides, there’s plenty of time for her to learn a few martial arts moves to show off with in the film, and whatever she lacks there, CGI can more than make up for. With the testosterone filled cast as it is, it’s good to have a big female name in the way of Fox to bring a little bit more balance.

Game of Thrones and Conan star Jason Momoa could play as Native-American hoodoo master Nightwolf. Thanks to his roles as Khal Drogo and Conan, we have a lot of evidence has to how good Momoa plays a towering, muscled, semi-clothed warrior wielding a weapon. The evidence suggests that yes, he does this very well indeed.

Another martial arts supremo joins the cast in the form of Tony Jaa. Jaa became known for his skills through the hard-hitting Ong-Bak, and since then has went from strength to strength in the industry. Scorpion is one of the biggest characters in the series, and thus, a lot of responsibility lies on Jaa’s muscled shoulders to make sure he does it right. Many a night should be spent by him throwing ropes from his hands about his house while shouting “Get Over Here!” to make sure he nails it.

You know, if Sonya Blade and Ronda Rousey met in real life, I’m genuinely uncertain as to who would win. Good thing I don’t have to worry about that, because Rousey herself is playing Blade in the new movie. Rousey’s already had screen experience in The Expendables and the Fast and Furious movies, so you can have faith she would knock it out of the park. What is she knocking out of the park? People’s heads, most likely.

He played as the comic book anti-hero Spawn. He kicked Jean Claude Van-Damme’s ass as a super soldier in Universal Soldier 2. He’s directed, written and starred in his own movies, spanning both martial arts and comedy, and doing a great job at both. Hell, he’s even been in a music video with Niki Minaj, apparently teaching her how to do some moves herself (I don’t think she was paying much attention though).

Quite possibly the most popular Mortal Kombat character there is, Sub-Zero’s powers of ice cold ass-kickery are set to be shown off by none other than Iko Uwais. Uwais is the star of the acclaimed, no-holds barred The Raid series of films. You can be absolutely sure this man will do the job well, and with his addition to the cast, that makes 6 well trained, famous martial artists as main members of the cast. Can this line-up seriously get any better?

Why yes, yes it can. Liam “I will find you” Neeson plays the thunder god Raiden. In this role, Neeson has a very particular set of skills, including shooting lightning from his hands and looking like a complete badass. Need I say anymore as to why you should be excited for this? No? Doesn’t matter. Wait till you see who’s next.

My personal favorite lord of death and destruction is going to be played by none other than Vin Diesel. With his history with Dungeons and Dragons, Diesel has undoubtedly played a character just like Shao Khan in one of his campaigns and so he should know exactly what to do as him. Diesel’s reputation as a badass also almost rivals that of Neeson’s, and with him on board, this movie is packing a serious amount of star power.

But we’re not done yet.

What a way to come full circle. First, Shou starts off all those years ago in the original movie playing the hero Liu Kang fighting against the forces of darkness. Now, he plays Shang Tsung, his nemesis and the source of the darkness.

Fans of the movies are bound to love this casting, and it’s a great way to draw old fans to come see the new movie (like we needed an excuse) and how Shou handles playing the bad guy. My guess? Shou is going to put Cary-Hiroyuki Tagawa’s original performance as Tsung to shame.

Who is casting for this movie? Whoever it is, can the person in charge please make this happen. I don’t think I’ve seen a more perfectly cast set of actors for a film, ever. We have the whole shebang: famous actors, famous fighters, and famous fighting actors.

All the elements are here to do something amazing. Let’s all hope that finally, we get a video game movie which actually lives up to its potential.