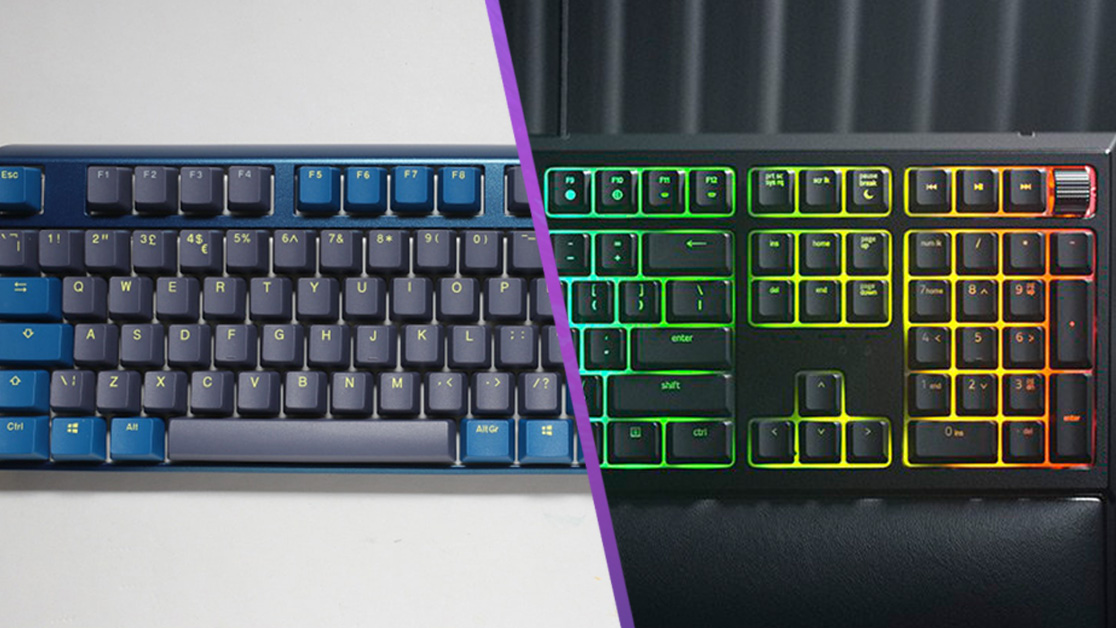 Membrane Vs Mechanical keyboards. It’s an age-old argument between PC gamers that is ultimately down to preference. Unfortunately, that means from some that their opinion is king or queen, but we don’t think so. We think there’s a case to be made for both, certainty when it comes to affordability, so let’s break down this argument and check out the facts alongside a couple of shining examples of both camps.

What Are Membrane Keyboards?


The keys in a membrane keyboard aren’t separate and operate by pushing pressure pads with keys. In some cases, this can be as simple as outlines or symbols printed onto a surface with a pressure pad behind it

Electrical contact between the surface and circuits within the keyboard is the technical description of how a membrane keyboard works.

Membrane keyboards are the preferred weapon of choice for office workers and everyday use due to how quiet and cheap they are. The issue is that they don’t provide very little to no tactile feedback, meaning that they’re not ideal for fast-paced PC gaming such as first-person shooters

What Are Mechanical Keyboards?


Unlike membrane keyboards, mechanical keyboards have a spring and switch under each keycap. Not only is it a sign of premium keyboards, but they are also the preferred choice for a lot of PC gamers.

A lot of premium mechanical keyboards are also customisable and modular in design. The aforementioned switches can usually be swapped out or upgraded, with some people opting for more tactile and responsive keys just for W, A, S and D keys. These are used for movement with the mouse being used for controlling a game’s camera.

We’re going to look at the Ducky One 3 full-sized mechanical keyboard in this example, which features hot-swappable Cherry MX switches. 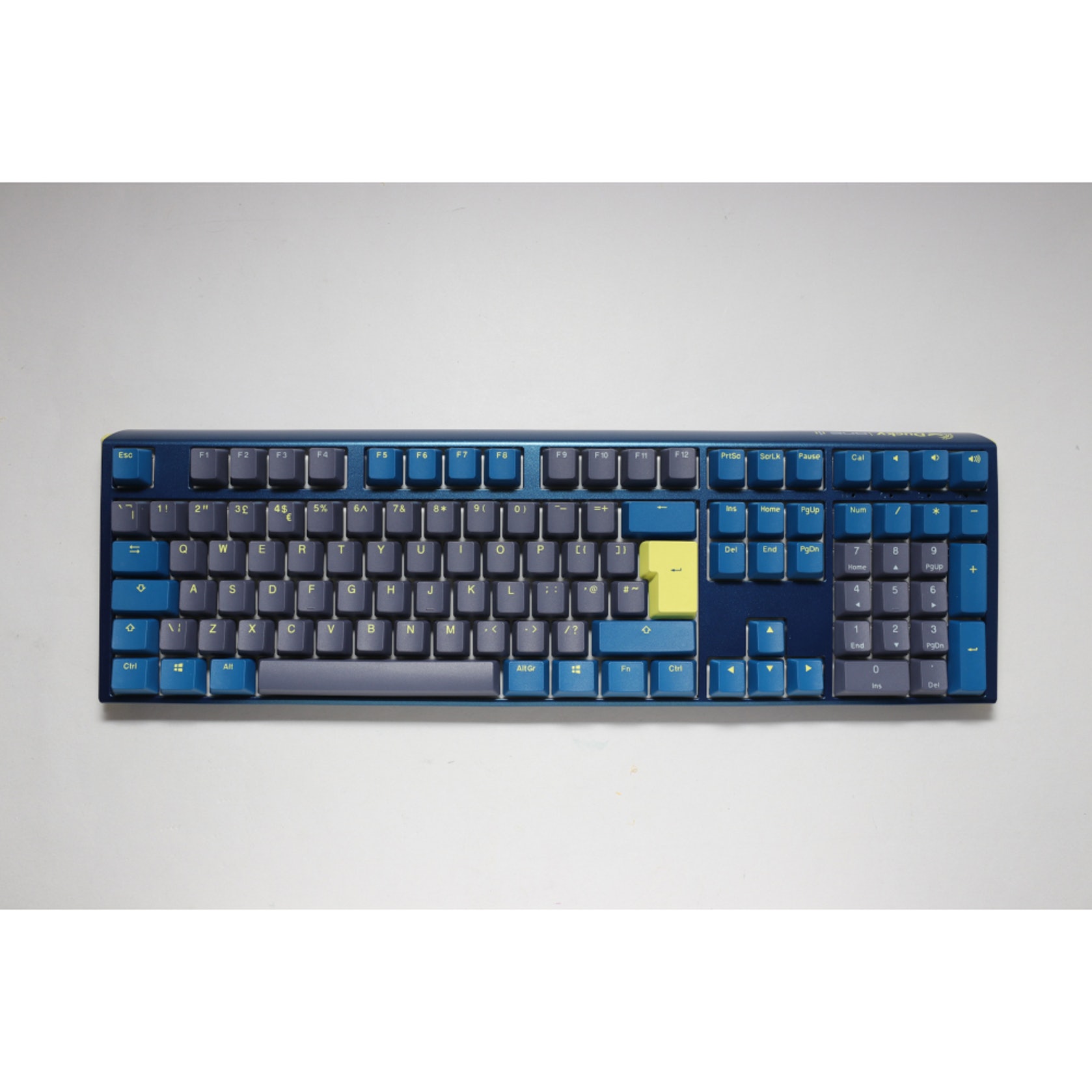 Why Did We Pick Ducky One 3 As A Mechanical Keyboard Example?

There’s some serious weight and we’ll thought-out design choices with Ducky products, none more so than their premium mechanical keyboard offering, the One 3.

Dubbed “Quack Mechanics”, the keycaps are stain-resistant with a nice frosted texture for a slight grip that could change the turn of the tide in-game. Although it features a plastic casing, it feels premium thanks to its heavyweight distribution. There’s no need to worry about players moving this keyboard around during gameplay thanks to this and the amazingly sturdy stabilisers.

Speaking of which, the keyboard features a slightly concave design that makes

It’s acoustically sound too thanks to the layered design of the keyboard base unit that dampens undesirable noises. This just leaves those sweet clicks made by the Cherry MX switches.

Find Ducky One 3 over on Overclockers

ADVERT
What Are Hybrid Keyboards?


Sometimes, the best of both worlds can work out. For those who want the quiet and cushioned feel of membrane with the click and tactile feedback of mechanical, hybrid keyboards are a great option. These feature separate, full key traversal not found in traditional membrane keyboards.

Plenty of keyboard brands offer their own take on hybrid options, but we will use the Razer Ornata V2 as an example although the low-profile version of these switches features in all current Razer Blade gaming laptops also.

The Razer Mecha Membrance switch features membrane comfort with a tactile click in the mid-height keycap actuation for the speed gamers demand from their keyboards. The best part? Hybrids are cheaper than mechanical keyboards. 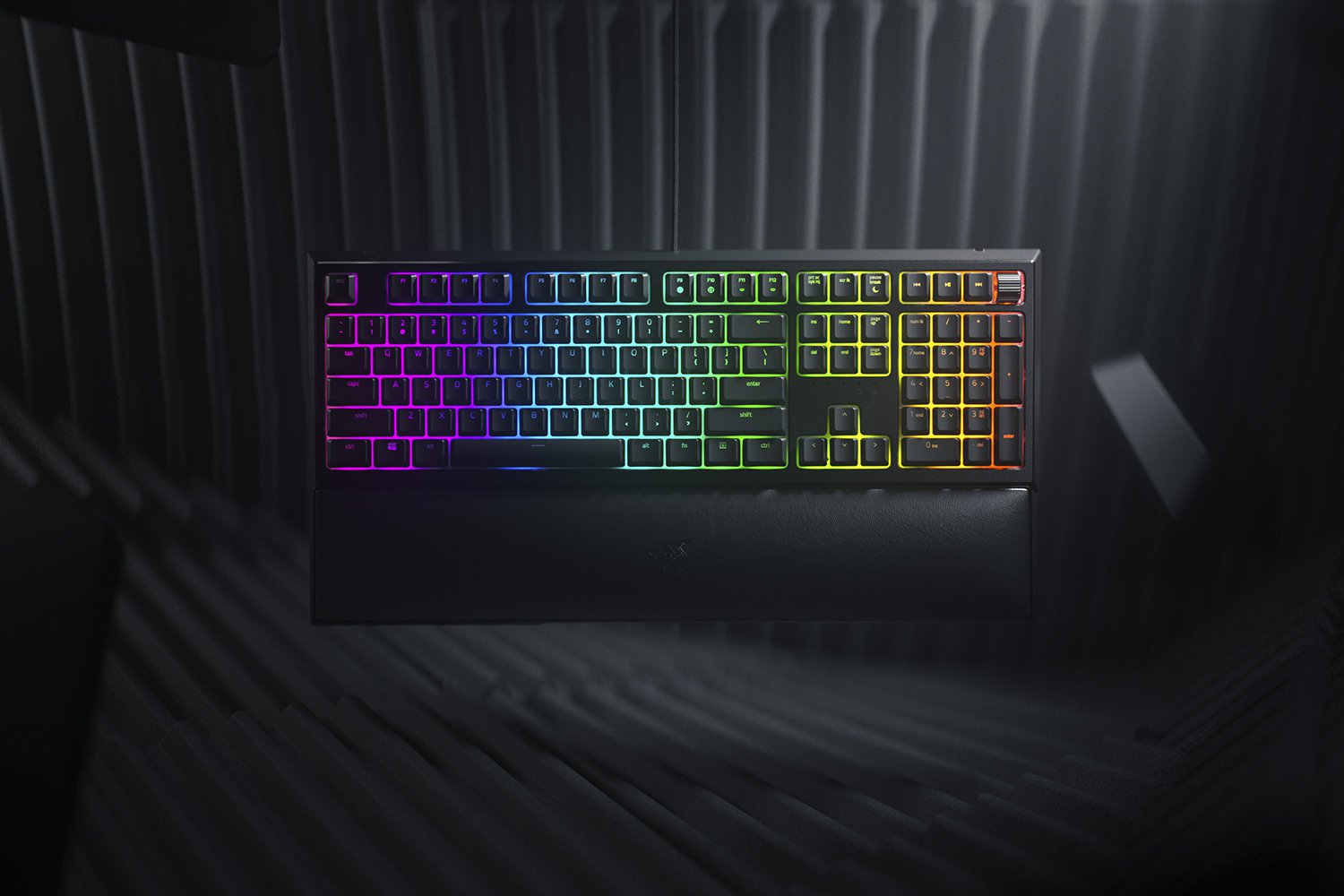 Why did we pick Razer Ornata V2?

These features are also great for hybrid users too, striking a nice balance between the usual keyboard use and essential gaming features. said keys are fully programmable too which is a lovely addition to a budget keyboard. Users simply need to boot up Razer synapse 3 to customise Ornata V2 the way they want. Overall it’s a very user-friendly experience.

Ornata V2 is fully compatible with Razer Chomas’ 16.8 million colour options. This means players can have their RGB loadout matching and cycling patterns in a uniform fashion. There’s a nice weight and feel to the keyboard overall, with the plush leatherette wrist rest being kept in position thanks to magnets positioned at the bottom of the keyboard and top of the wrist rest respectively.

Find Razer Ornata V2 over on the official Razer store

Which One Should You Choose? – Membrane Vs Mechanical Keyboards

The membrane Vs mechanical argument is entirely down to preference, but there are some facts to consider. For those just using keyboards for day to day use whilst working from home who play a little Prodeus from time to time, a membrane or hybrid keyboard is going to be fine. Although we would at least recommend a hybrid if gaming is involved.

For hardcore PC gamers, a mechanical keyboard is the way forward. That tactile feedback alongside other premium features such as customising each switch and keycap if needed is peak master race activity. It’s worthwhile noting that mechanical keyboards do cost considerably more than hybrid keyboards, however.