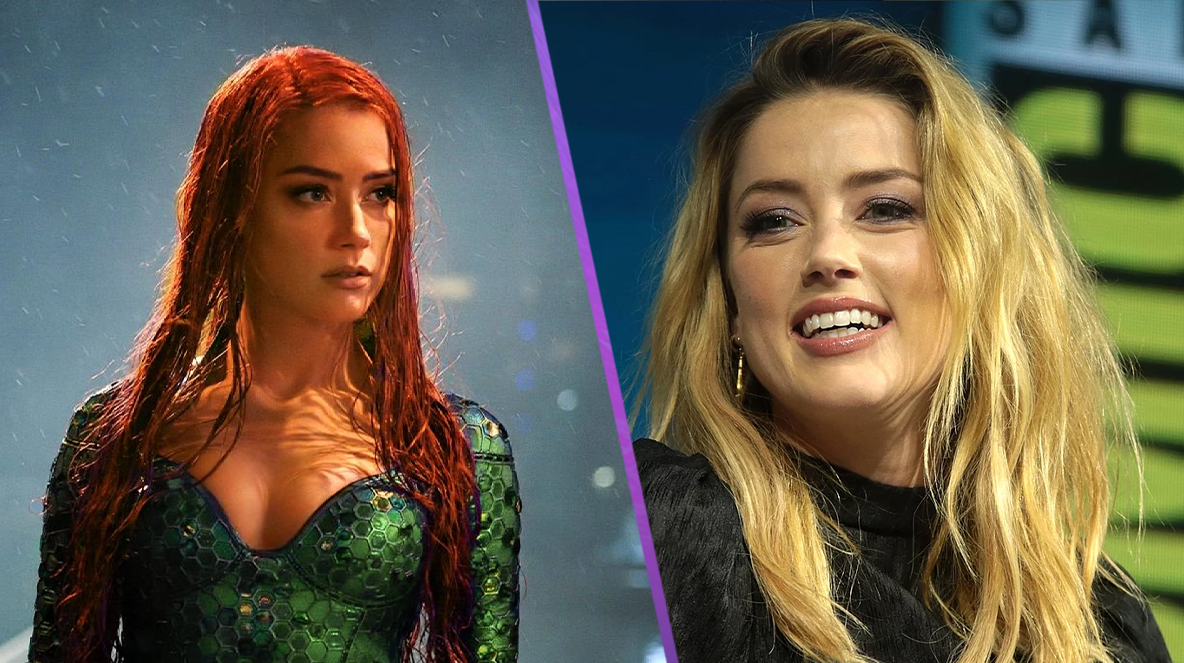 Update: Sources close to the Aquaman 2 production have apparently got in touch with Just Jared saying “Amber has not been completely cut from the film. She still has a small role”. Meanwhile, the website’s other sources reportedly still say Mera will be recast. We will update with further developments on Amber Heard in Aquaman 2.

According to rumours reported by Just Jared, Amber Heard has been dropped from the cast of Aquaman 2 following the trial between her and Johnny Depp.

A recent rumour has emerged, with insiders claiming that Warner Bros. has decided to recast Amber Heard’s role as Mera. Previously, it was reported that the role was cut down to ten minutes of screentime. But it seems she could be cut from the cast entirely if this rumour turns out to be true.

An insider told Just Jared that “Warner Bros. decided to recast Amber Heard’s role after screentesting the movie. They are going to be doing reshoots with Jason Momoa and Nicole Kidman.”

However, Heard has responded. A spokesperson for the actress said “The rumour mill continues as it has from day one — inaccurate, insensitive, and slightly insane.”

The Johnny Depp/Amber Heard trial took the internet by storm, spreading across social media. It was an extremely public trial, and many rallied against Amber Heard in support of Johnny Depp.

Depp claimed that an article written by Heard, published in the Washington Post, caused him to lose film roles. In the op-ed, Heard discussed domestic abuse and her relationships. Depp claimed it had a negative effect on his career, causing him to lose roles like Jack Sparrow in Pirates of the Caribbean and Gellert Grindelwald in Fantastic Beasts: The Secrets of Dumbledore.

Johnny Depp ultimately won the trial, and some felt Heard did not deserve her role in Aquaman after the revelations during the trial. She stars alongside Jason Momoa’s Aquaman as Mera, and was a major character in the first film.

There have been rumours that her role has been shrunk to ten minutes of screen time, but these have not been confirmed. Warner Bros. remains light tipped on the issue, but if she remains in the film it’s safe to say there will be an outcry from the public which the company may wish to avoid.