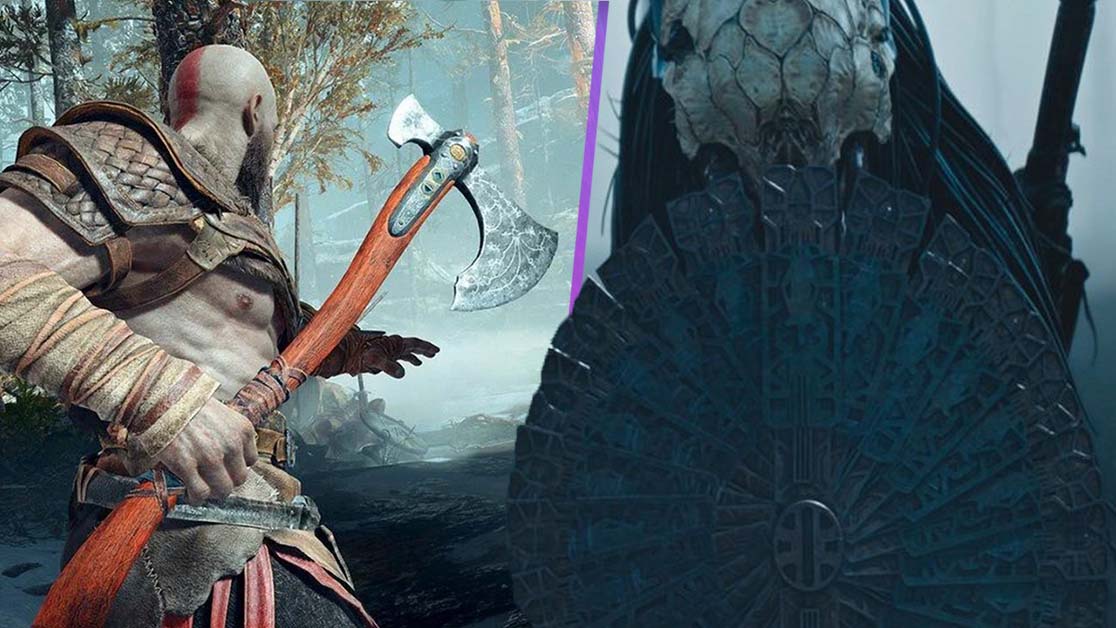 In conversation with Comicbook.com, Trachtenberg says, “I teased a while ago that I took inspiration from the latest God of War video game and those two things are in the trailer”.

The “two things” influenced by God of War that appear in the Prey trailer are a shield and a style of axe-wielding.

Read more about God of War

“One is his [Predator’s] shield, that you see briefly…I think the shield is something super cool”, says Trachtenberg. “And the other is not a Predator gadget… Just the way that Naru wields her axe, she invents something very cool for that Tomahawk. That comes from a mechanic in that video game.”

It’s thought that the shield the Predator uses could potentially be inspired by the retractable Guardian Shield Kratos uses in God of War. Naru’s axe could also be a bold nod to the Leviathan Axe.

“There’s a couple things that are the same,” continues Trachtenberg. “But even those things function slightly differently.”

Alongside God of War references, the trailer gives us our first look at Prey’s Predator. “I think this guy’s perhaps from a different hemisphere of the planet and a little bit of a different breed. So even his look is a little new, it’s familiar but new,” says the director.

Also introduced in the two-minute clip is our lead female character. Naru is a young warrior who attempts to protect the 18th Century Comanche Nation from a persistent Predator. Amber Midthunder (The Marksman, The Ice Road) plays Naru while Dane DiLiegro (The Walking Dead, American Horror Stories) is portraying Predator.

Prey won’t be getting a theatrical outing which is unfortunate for cinema fans. Instead, it will be available to stream on August 5 via Hulu. The Predator prequel will also be immediately available in the Comanche language. Watchers can choose to watch the film using dubbed audio tracks or subtitles.

Speaking of God of War, T3 think they know when God of War Ragnarok might be released. Allegedly, when users have been rearranging their PS Store wish-list, God of War Ragnarok was placed between Tunic and Forspoken. Could we expect to see the next God of War game between 30 September – 7 October? Or is it just a PS Store glitch?

Prey is the fifth instalment to the Predator franchise. It acts as a prequel to the first four movies.

What do you think about God of War inspiring this blockbuster movie? Let us know across our social channels.