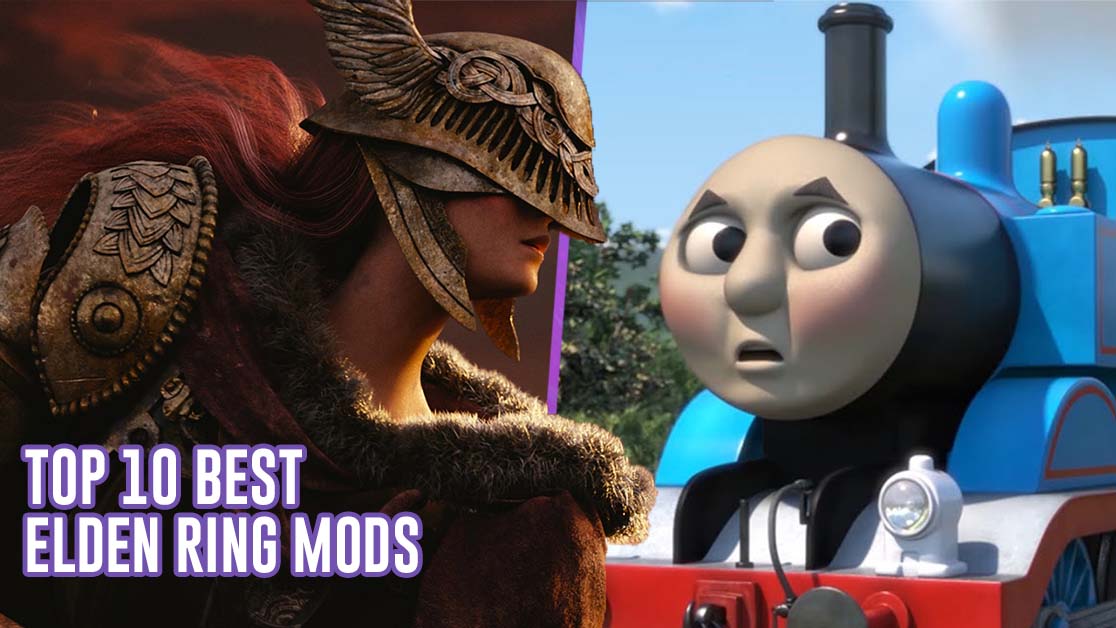 Elden Ring can be a punishing experience but with the best mods out there, defeating The Lands Between becomes a walk in the park.

Whether it’s your first playthrough of Elden Ring or your hundredth, adding mods into the game is a great way to keep things fresh. There are so many mods to choose from but we’ve compiled only the essential ones that you need to try immediately.

Sometimes you just want to cut straight to the chase. While we appreciate all the hard work by the Elden Ring devs, we just want to get stuck into the game. Installing this mod will remove all the introductory videos and startup screens from the get-go.

Combat in Elden Ring is incredible but what if you could add some extra flair? This mod by Trollaxethrowerr drastically changes animations for “Straight Swords, Greatswords, Colossal Greatswords and Katanas”.

Your battles will be all the more enthralling. Channel your inner swordsman and give this mod a try.

8. summon all bosses and npc

Ever wondered what it would be like to go into battle with Radagon? Make that dream a reality with this summoning mod by satoshi98. Elden Ring has heaps of bosses and NPCs to choose from, so you’ll no doubt be stuck for choice. Get weird and experiment with this one!

If you’re after a specific item in Elden Ring, travelling around the map can be a tedious task. The Grand Merchant mod by Vawser makes acquiring your desired items far easier. Not only does this put every item in the game at your disposal, but it also unlocks everything in the Crafting Menu.

Grinding for Runes in Elden Ring becomes harder in the later stages of the game, which makes losing them all the more brutal. Thankfully, this superb mod ensures that you’ll keep those precious Runes no matter what, even in death. God bless you Nexus mods.