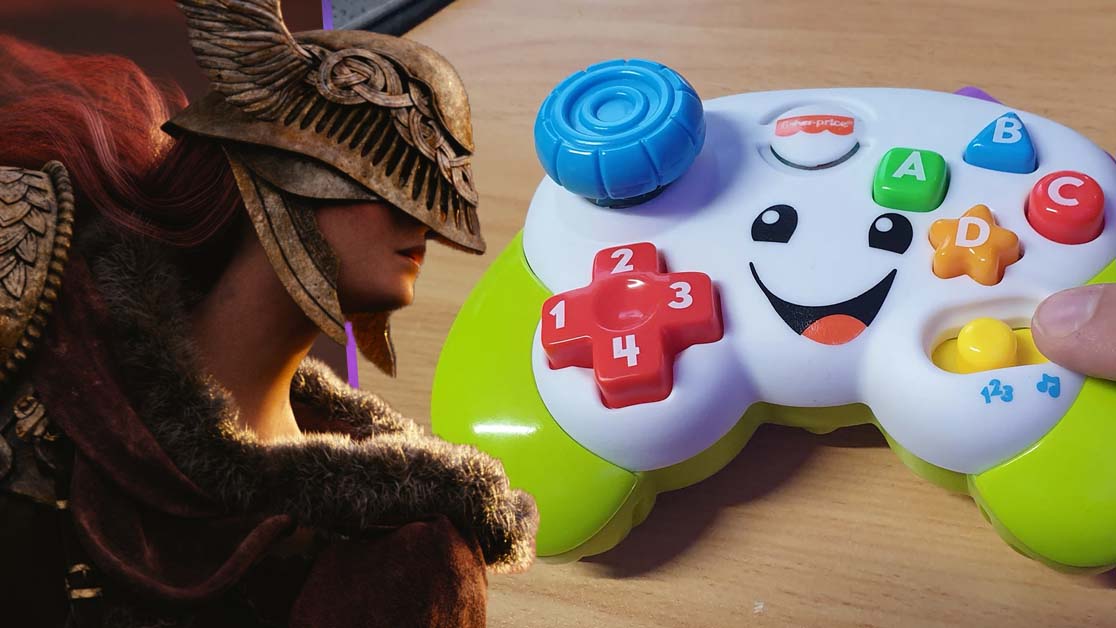 Rudeism, a self-proclaimed “builder of bizarre controllers”, has modded a Fisher Price controller to work on PC – and used it to play Elden Ring.

The controller in question is a Fisher Price Laugh and Learn Game and Learn controller. Quite a hefty name for such a basic controller, but there’s nothing basic about the work he put into making it playable with Elden Ring.

Rudeism shared a video of the controller working with Elden Ring on Twitter. He also explained how he got it to work.

Fisher Price Controller Elden Ring – How Did He Do it?

Apparently, the biggest challenge was the lack of right analog stick on the controller. To get around that, Rudeism used the mode switch which changes the controller’s mode from music to numbers. This allowed him to swap the left joystick into a right joystick.

However, it was also one of his easier builds. He “piggybacked off of the existing circuit board” during the process of making it playable. Bear in mind, this is the same guy who played Overwatch with a bunch of bananas.

It’s a pretty impressive controller mod, that’s for sure. Whether or not it can beat Malenia is a different question, but I’m sure there’s probably someone out there who can do it.