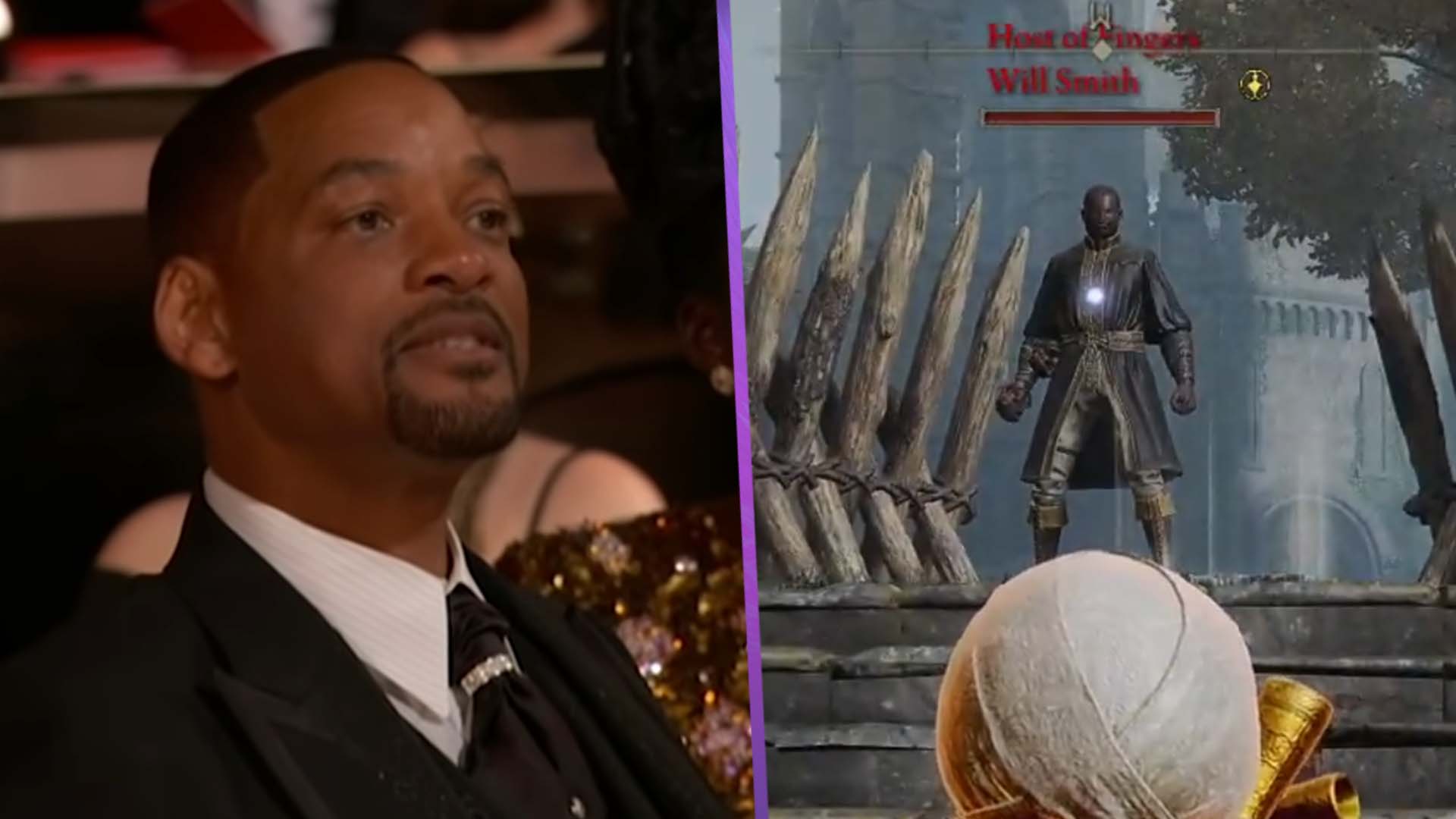 An Elden Ring player is impersonating Will Smith, invading worlds to slap people before running away.

The Will Smith Oscars 2022 incident has led to a lot of things happening. Many of the actors projects have been put on hold, he’s resigned from the Academy and is currently being shamed. However, amid all this comes a Elden Ring player just looking for the humour in things.

A streamer known as MoistWalrus was playing Elden Ring with his friends when an enemy played invaded. This enemy player? Will Smith. The player ran up to a player, punched him then ran off to the top of the stairs to yell. It imitated the moment in the Oscars ceremony when Smith yelled “keep my wife’s name out of your f**cking mouth!”

Elden Ring has became one of the best reviewed games of all time, with many people citing it as one of their favourite games of the year. It’s not hard to see why, as our reviewer stated:

“For Soulsborne fans such as myself, this is the exact reason we enjoy these games. It’s fantastic to see FromSoftware is still capable of making a challenging game that stays challenging all the way to the end. There aren’t many other titles that can instil that sense of drama in a rewarding way. But those who don’t enjoy the difficulty of these games may want to steer clear from the late-game areas.”

What do you think about this? Have you been invaded by a funny player name before? Let us know across our social channels.