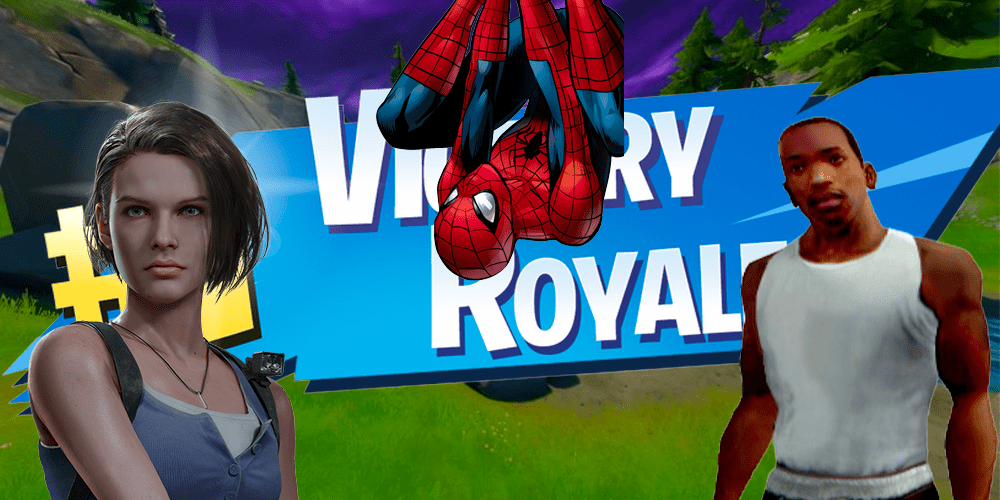 If you were to tell someone from 5 years ago that a game would exist featuring Sarah Connor, Xenomorph’s, Master Chief, Kratos, Captain America, Lara Croft and more all under one roof, they definitely wouldn’t believe you.

Fortnite’s list of cross-over heroes could be about to expand even further.

Epic Games have emailed surveys to players to gauge interest in which new characters to bring to the Battle Royale [via gameinformer].

The fairly lengthy survey asks players to indicate whether they have heard of a particular character or not.

The range of franchises mentioned is exciting, with reference made to Resident Evil, Grand Theft Auto and Super Mario Bros. Some of the characters on the list include:

Interestingly, it’s not only video game characters that Epic Games are gauging interest in. Elsewhere in the survey, other categories are polled including fashion brands, music artists and streamers.

Fortnite doesn’t shy away from the way in which it pits unlikely characters against each other. That said, it would be incredibly off the wall to witness Doja Cat face off against Spider-Man while wearing a pair of Nike Air Force 1’s.

Recently, been focusing on bringing in legendary gaming characters, like God of War’s Kratos and Halo’s Master Chief.

In the newest season, Lara Croft was brought into the fold. She even has four different skins available showcasing the evolution of her appearance throughout her gaming career.

What characters, music artists or fashion brands would you like to see debut in Fortnite? I’m personally clamouring to see Geralt and Ciri from the Witcher make an appearance. Let us know across our social channels.