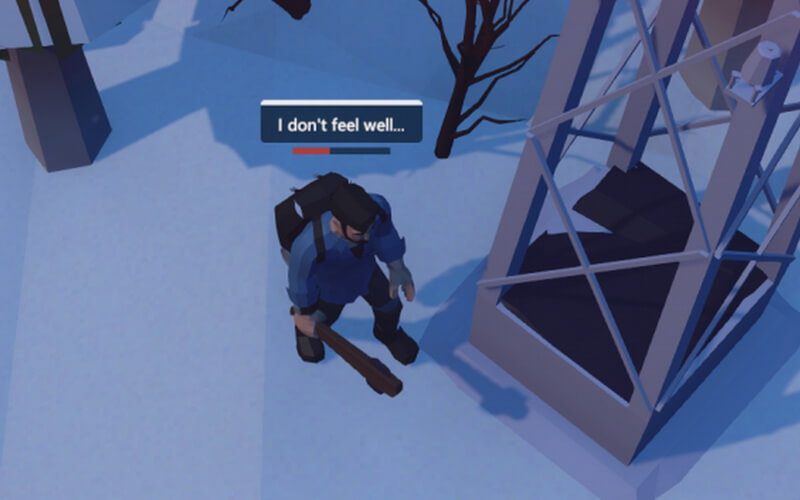 Ever considered auto-cannibalism as a method of survival? Probably not. At least I hope not. Regardless, in early access title The Wild Eight, you can do just that. After dying in game, your body stays in the same place, even after you re-spawn. This allows you to, well, eat your own corpse as a form of nourishment.

The mechanic is actually quite useful- it makes it so the player can recover from death without having to worry about food for a short period of time (although at the cost of your morals). Because the game is still on early access, there are still a lot of potential changes to the game.

For example, the player dies from starvation much too easily, to the point of it becoming frustrating instead of fair. In addition, the crafting system is quite ridiculous (5 logs to make a stick???). Despite these flaws, the game looks wonderful and looks to be a challenging but fun survival game overall.

The Wild Eight sets you in the Alaskan wilderness after a plane crash. Your goal is, of course, to survive. You play as one of eight survivors, each with their own unique skills and stat modifiers.

As you would expect, the multiplayer is excellent. The Wild Eight is going to release on Xbox One, PS4, and PC soon. The demos for Xbox One and PS4 are out, as well as Steam early access.