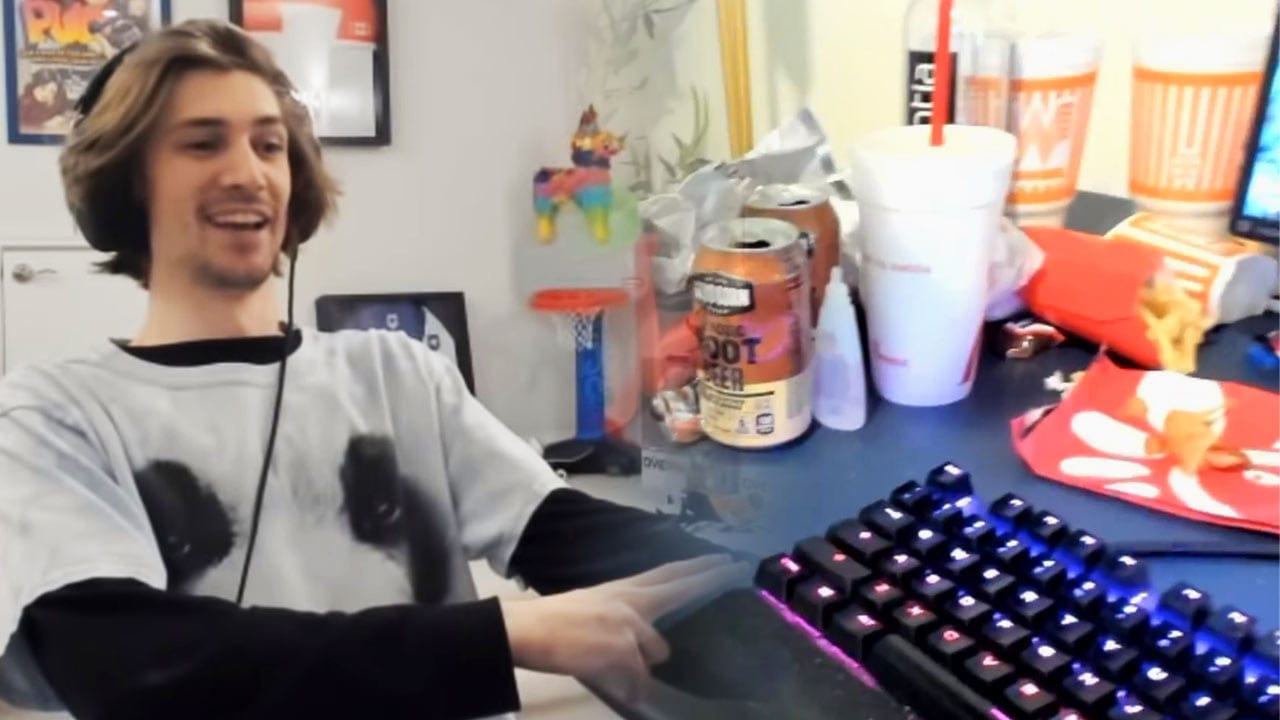 Felix ‘xQc’ Lengyel is getting utterly slated online for the disgusting state that he keeps his streaming setup in.

Despite being listed in the top three of Twitch’s rich list, xQc clearly doesn’t put much of his wealth into crafting a glorious streaming setup. Some streamers might decorate their dwelling with copious amounts of RGB lighting. Others show off expensive memorabilia. xQc prefers to keep things simple.

A clip of xQc’s went viral on Reddit after he gave viewers a whistle-stop tour of his desk. In his small bedroom, he keeps a couple of monitors alongside his single PC. Aside from a light-up keyboard and an Elgato StreamDeck, there’s really nothing here that would suggest this setup belonged to one of Twitch’s biggest streamers.

The aspect that caught most people’s attention, though, was the mounting pile of rubbish next to xQc’s desk. Right next to where he sits is a colossal pile of empty drinks cans and fast food cartons. It seems that the streamer is a big fan of Chick-fil-A food – several wrappers from the chain are strewn across his floor.

The replies on Reddit are about as humorous as you could expect. One user writes, “multi millionare living space btw”.

Another says, “good lord the dudes net worth is in the 8 figures and he lives like a college student getting a grocery allowance from mom. man just wants to sh*tpost and play video games i respect it.”

The streaming setup of xQc might be in a disgusting state because he recently moved in with Chance ‘Sodapoppin’ Morris. He and partner Sam ‘Adept’ say that work is currently being done on their own home, but the reason is being kept very vague.

xQc has recently said that he wants to move back to Canada after falling victim to several home invasions from the US police.

It’s all well and good laughing at the state of xQc’s floor, but let’s be honest – ours are probably no cleaner.

How does your gaming setup compare to xQc’s? Let us know across our social channels.