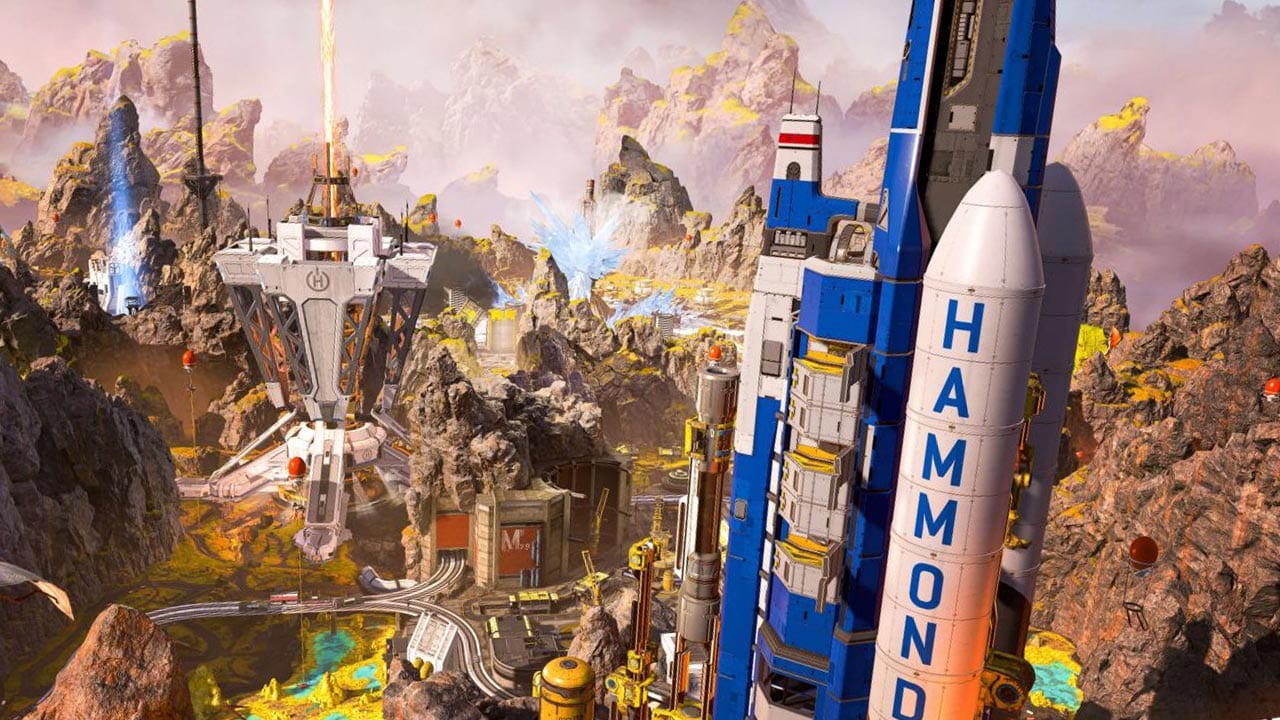 Dataminers have uncovered that the World’s Edge map for Apex Legends might be about to change in a big way for the Season 10 update.

Apex Legends is currently in the middle of its Genesis Collection event. With classic content brought back from the vault, fans are enjoying a decent dose of nostalgia at the halfway mark of Season 9.

Turning our minds back to the future, though, it appears that Respawn have plans to alter the Worlds Edge map in the run-up to Season 10. Twitter user KralRindo has seemingly uncovered information that a huge disaster is about to strike on the second of Apex’s three BR maps.

Text passages found in the game files read, “The whole world’s shaking. Finally for Hammond to run tests. Why is no one else freaking out?

“Serious tectonic activity in TY. They are actually INCREASING Harvester activity. Do they want us to all burn?!

“They’re purging the evidence… Catastrophe’s coming… Harder to cover up when this planet cracks apart. I- I gotta get out of here…”

The Harvester is the huge structure that fires a beam of light up into the sky. It’s a popular drop spot for many players with lots of decent loot to be had. Plenty of long service corridors also make it a good area for performing team flanks.

It seems that in the lore of Apex Legends, something big is about to happen there. Some noise files also found within the game depict the rumbling of the earth as well as some warning sirens. It sounds as though something has gone horribly wrong at the Harvester and it’s about to tear the map to shreds

Get ready to rumble

Hopefully, we won’t have to wait long to find out what all of this means. KralRindo has published a set of dates and times which would indicate that the map change might occur in stages. The first is supposedly set to begin on 15th July with stage 2 and 3 commencing on the 18th and 20th.

Apex Legends Season 10 isn’t due to begin until the start of August, if you count down the remaining days on the current Battle Pass. That said, Respawn could be looking to make some premature changes before the new season gets properly up and running.

Respawn certainly has a penchant for throwing disasters at its existing maps rather than creating new ones. All three maps (Kings Canyon, World’s Edge, and Olympus) have seen significant changes since they launched in the game.

It’s been nearly a year since we last saw a new map arrive in Apex Legends. Sadly, it doesn’t seem like a new one is on the horizon anytime soon.

While we might not be getting a new map, we will at least see big changes coming to Rampart. The Legend holds the lowest pick rate of any Legend currently on the Apex roster, so she’s in need of a bit of a boost.

Respawn found itself in a tricky situation over the weekend as hackers took over the game in protest over the hacking situation in Titanfall 1. A funny way to protest hacking, to be sure.

What do you think about the supposed update to World’s Edge in Apex Legends? Let us know across our social channels.