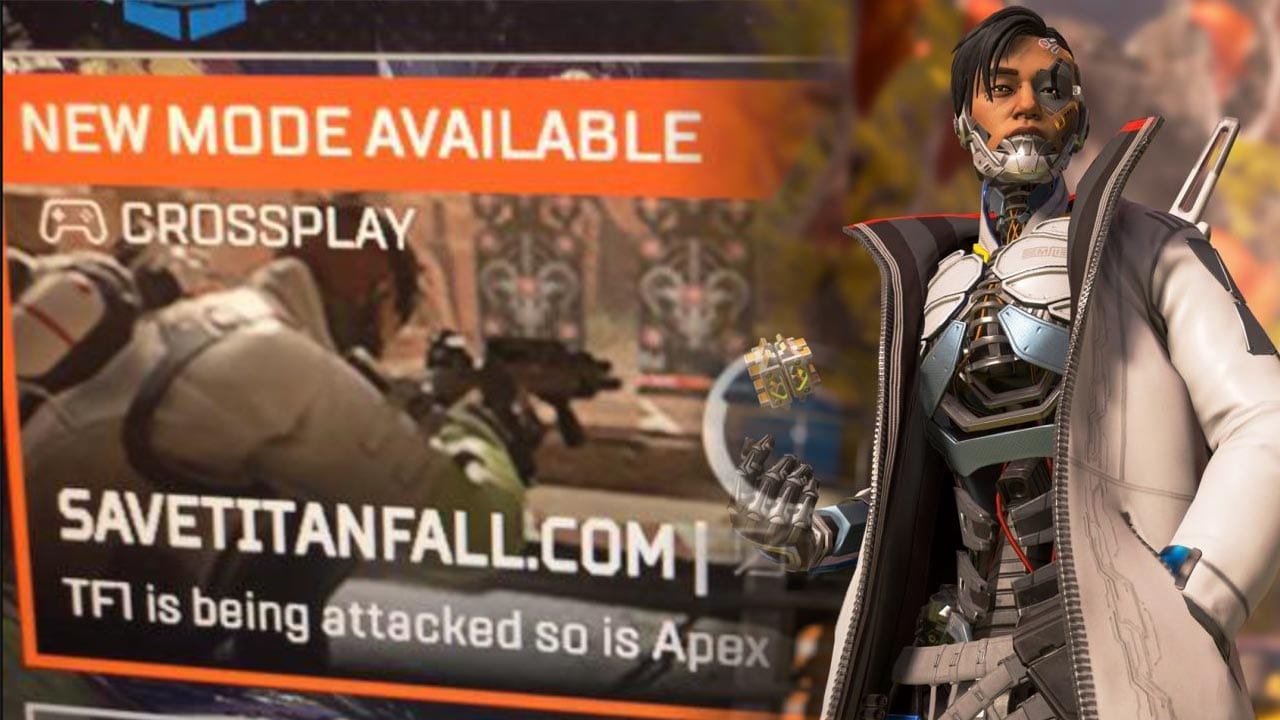 Hackers took over Apex Legends this weekend in protest of the hacking situation that has crippled the original Titanfall game for years.

Starting on Sunday (4th July), players on PC began to see alternative playlists appearing inside Apex Legends. The titles referred to a site called ‘SaveTitanfall.com’ with the subtitle “TF1 is being attacked so is Apex”. Throughout the day, the hack eventually spread across to the Xbox and PlayStation crowd too.

Breaking: It appears a hacker is taking over Apex playlists with a message about ‘Saving Titanfall’. pic.twitter.com/XpMzfRNQZB

While the hack was ongoing, Apex players were only able to choose the ‘SaveTitanfall’ mode. The usual Casual, Ranked, and Arenas modes were completely greyed out. Those who were able to finish a match were met with an ‘Important Message’ that reads: “Visit and repost savetitanfall.com”.

Players affected by the hack are unable to queue for any other game mode.

The website accuses EA of “fraud” for selling Titanfall while it’s “unplayable.”

The SaveTitanfall site describes the dire situation that Respawn’s first shooter has been in for years. The site claims that hackers are able to prevent ordinary players from even loading into a match of Titanfall. There is also a rampant presence of racism in the game with offensive usernames rife among the leader boards.

Despite the Apex Legends hack referring back to the SaveTitanfall site, the admins of the campaign claim that they are not affiliated with the hackers. While the hackers are clearly members of the SaveTitanfall community, they appear to be operating independently from the site admins.

How did Respawn respond?

It took the team at Respawn several hours to fix the damage caused by the hackers, but normality was finally restored in the early hours of this morning (5th July).

We’ve confirmed that matchmaking has been restored. We’re keeping an eye on things but believe the issue to be resolved.

Thanks for your patience, Legends.

While Respawn has managed to kick the hackers from its systems, the studio has made no comments regarding the SaveTitanfall campaign.

Just last week, Respawn made a commitment to eradicating hackers from Apex Legends. It seems that the studio isn’t as keen on providing similar support for its now eight-year-old game.

What do you think about hackers hacking one game to protest hackers in another? Let us know across our social channels.