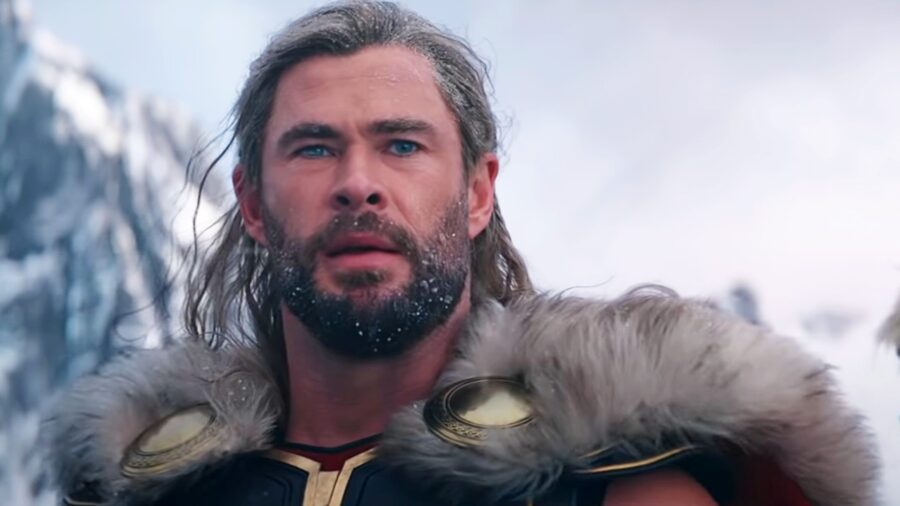 Thor: Love and Thunder is right around the corner, and some Marvel fans think there’s a chance Thor might die by the end of the film.

A new trailer for the film just dropped earlier this week. It shows our first glimpse of Christian Bale as Gorr the God Butcher, as well as more of Natalie Portman’s Thor.

But one particular part of the trailer has got people worried.

At one point, Korg starts talking about Thor. Adam Barnhardt on Twitter pointed out that Korg is talking about him in the past tense. Worryingly, it could be a hint that Thor could end up dying and this is Korg telling his story.

Of course, it’s unlikely Marvel would confirm something like that in a trailer. But it’s still possible this could be the end of Thor, or at least Chris Hemsworth’s version. This is the fourth Thor film in the MCU, and not many other heroes have been around as long.

Thor: Love and Thunder is the next MCU film, following Doctor Strange in the Multiverse of Madness. It releases on July 8th, 2022.

The film stars Chris Hemsworth as Thor, Christian Bale as Gorr the God Butcher and Natalie Portman as Jane Foster. Other returning stars include Tessa Thompson as Valkyrie, Jaimie Alexander as Sif and Taiki Waititi as Korg. Russell Crowe is also making an appearance as the god Zeus.

The trailer shows some interesting visuals, like the black and white effects over Christian Bale’s scenes. We also get to see a glimpse of naked Thor, so that’s cool I guess.

The film also features the Guardians of the Galaxy ahead of their third movie. Volume 3 comes out next year.

Personally, Thor is my favourite MCU character, so I’ll be pretty sad if this ends up being the last we see of him. Regardless, the film is sure to be on par with Thor: Ragnarok!

Do you think Thor is going to die in Thor: Love and Thunder? Let us know across our social channels.