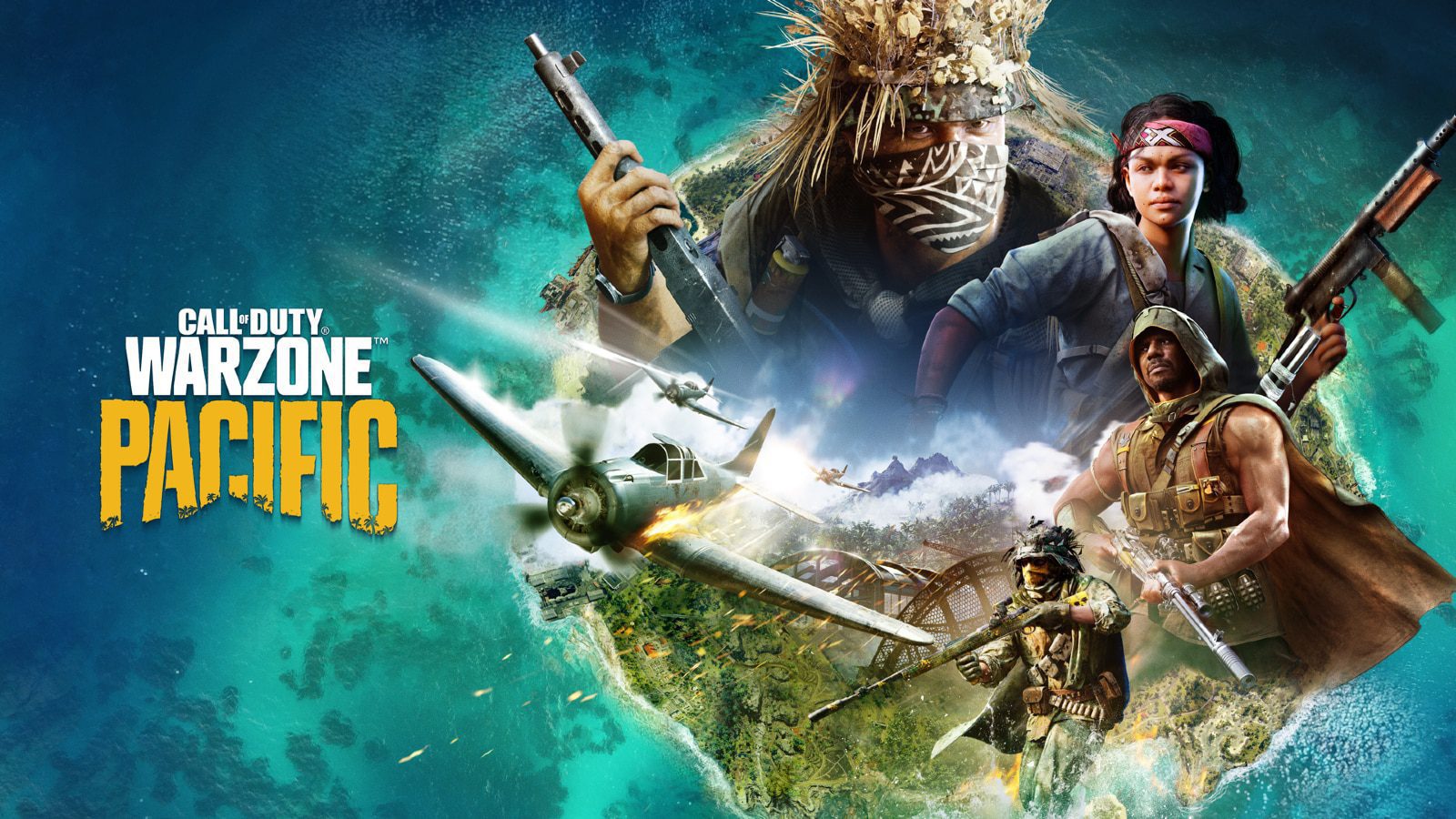 A brand new Pacific themed map is arriving in Call of Duty: Warzone this week after 18-months of strutting around the same old Verdansk.

The infamous Warzone map saw a bit of an ‘80s overhaul earlier this year, but for the most part the layout remained the same. This new Pacific map, called Caldera, has been built completely from scratch and tailor made for Warzone. Themed around the new WWII game, Vanguard, players will be dropping into unknown territories this week with a completely different arsenal of weapons.

When can I play Warzone Pacific Caldera?

There’s not too long left to wait until the new Warzone map drops. An event titled “Last Hours of Verdansk” has already begun and is set to finalise at 5am BST on December 8th. After this event, the servers will go dark for 12 hours while the teams prepare to swap over to the new map.

If you own Call of Duty: Vanguard, you’re entitled to 24 hours of early access to the Caldera map. Let’s be honest, this is likely to ease the servers into the influx of new players without overloading them. We all know awful the launch experience can be for new Warzone seasons! Vanguard players will be abel to jump in at 5pm BST on Wednesday, December 8th.

If you don’t own Vanguard and are playing Warzone as a free to play title, then you’ll need to wait until 5pm BST on Thursday, December 9th to play the new Caldera map. It’s a little bit of a longer wait, but I’m sure it will be worth it.

What else is new in Warzone Pacific Caldera?

This new chapter of Warzone brings a plethora of new gameplay features to the table. I’m particularly excited about the new Gulag system. Players now retain the gear that they win their firefight with, meaning you’re less likely to be overpowered the second you spawn back in.

Warzone: Pacific is also introducing a brand new anti-cheat system called Ricochet. This kernel level program should hopefully help to rid Warzone of the cheating problem that’s been getting rather out of hand recently.

It’s been a long road to this new Warzone map. Are you excited to jump into Caldera later this week? Let us know across our social channels.

Secrets Of The Pacific Event Disabled In Vanguard After Causing Crashes

Call Of Duty: Warzone Pacific Map Has Been Delayed

Call Of Duty Warzone New Pacific Map Has Been Revealed

The New Warzone Pacific Map Is Closer Than You’d Think