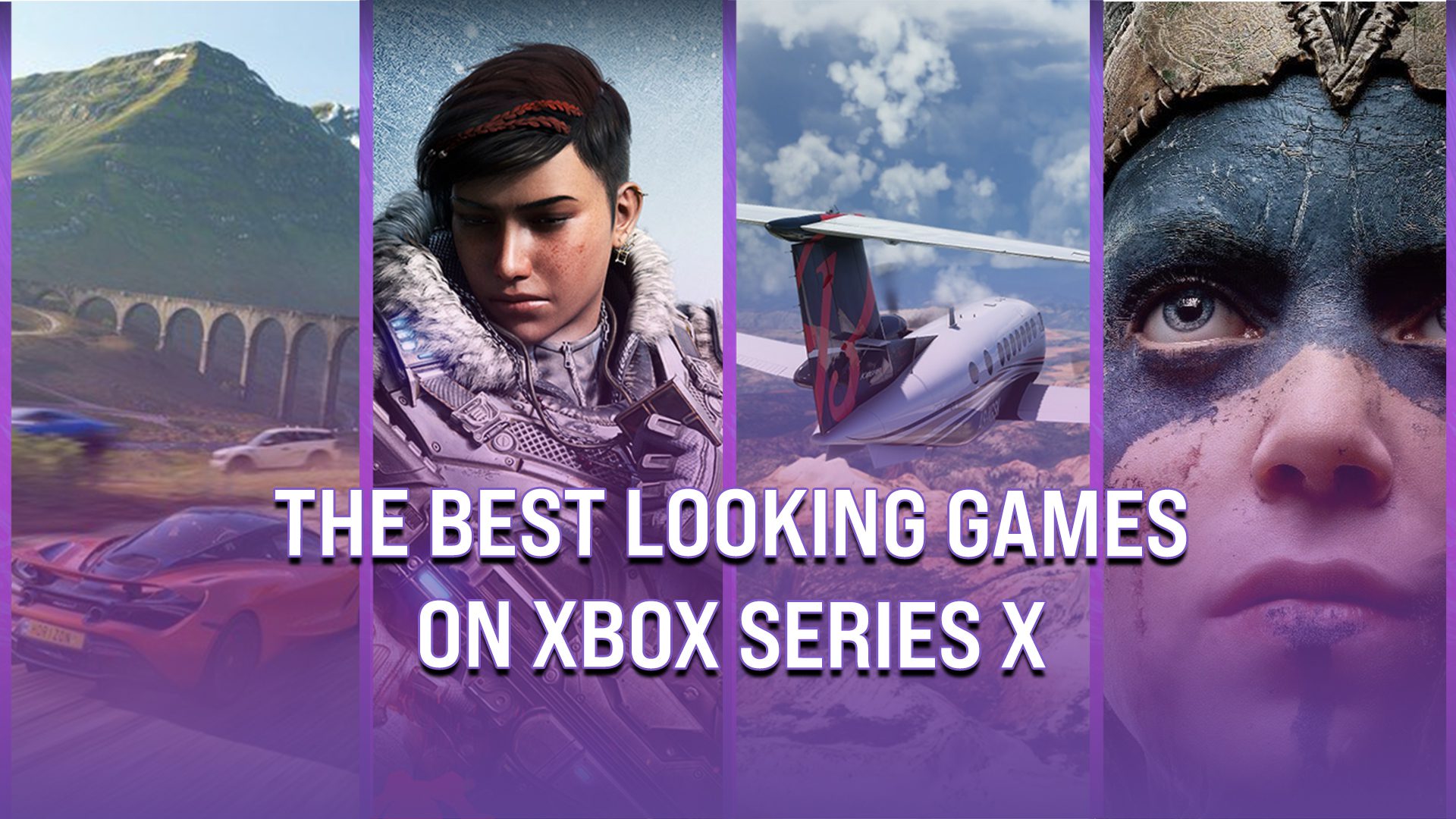 What are the best looking games on the Xbox Series X? This boxy console looks like a beast, and it sure has the gaming credentials to back it up.

With superfast performance, the Xbox Series X is a graphics powerhouse. But quite often gamers forget that the Xbox has some seriously impressive looking games under its belt. While it doesn’t quite have the exclusive reputation that PlayStation does, there are still some incredible looking games on this machine.

So incase you are one of those that has your doubts about the Xbox Series X, I’ve decided to remind you. From simulators to pirate adventures here are the best looking games on Xbox Series X.

Few games have managed to make online driving experience as fun, but Forza Horizon 4 really takes the cake. With a variety of modes and challenges, Forza Horizon 4 is a must have for Xbox Series X users. But not just because it is a great laugh. Forza Horizon 4 is also one of the many games that benefits from Series X|S optimisation.

With its varied seasons, you’ll be driving through the muddy countryside in Spring, or the orange tinted Edinburgh in the midst of Autumn. 4K HDR on Series X allow Horizon 4’s colours to really pop. And it’s nice to see recognisable road signs fly past you with a smooth 60 frames per second. Does no one else find that satisfying? No, just me? With Forza Horizon 5 just around the corner, I can’t wait to see how far the graphics are pushed.

You’ve probably seen plenty of hilarious Pirates of the Caribbean memes stemming from Sea of Thieves. There are a fair few high-IQ Jack Sparrow plays out there, to be fair. But something often disregarded is how freaking good Sea of Thieves looks.

Much like Forza Horizon this really utilises the use of HDR, with its colourful landscapes. I’ve only jumped into Sea of Thieves a couple of times, and a majority of that time was spent gawking at the rolling waves sparkling thanks to a setting sun. I don’t think I’ve ever seen water that looks this good. Even if you aren’t into pirating or treasure hunting, Sea of Thieves is a delight just to sail through.

Hellblade Senua’s Sacrifice is a disturbing yet enchanting experience. It is also a grizzly excuse for the Xbox Series X to show off its graphical prowess. With haunting vistas and an impressive performance from Melina Juergens, Xbox Series X is the best way to play Hellblade.

Flitting between dark and colourful settings, Senua is another HDR banger. And with some creepy monster designs, the 4K visuals and raytracing helps everything come to an immersive quality not possible on previous generations.

Getting too close may reveal a lack of detail, but from up in the sky there are few games like it. Flight Simulator takes a photo-real approach to its graphics, and with real-time flights you can just take in the views. Spanning desserts, green countryside, mountainous peaks, there is barely a environment Flight Simulator can’t impress with. And you can now do it all with a friend in its new racing mode.

Gears of War has always pushed the boundaries of Xbox consoles. And both Gears 4 and 5 were great showcases of the Xbox One X. But on Series X, Gears 5 is taken to a whole other level. With some truly dynamic post-apocalyptic environments, Gears 5 shines with 4K visuals and a steady 60fps.

If you fancy a bit of multiplayer, then Versus on Series X|S is the place to try it out. Both consoles run Versus at 120fps, and if you have a TV that supports HDMI 2.1, then you have to check it out. As a console players I could barely believe the difference it makes.

What are some of your favourite stunners on Xbox Series X? Let us know over on our social channels!