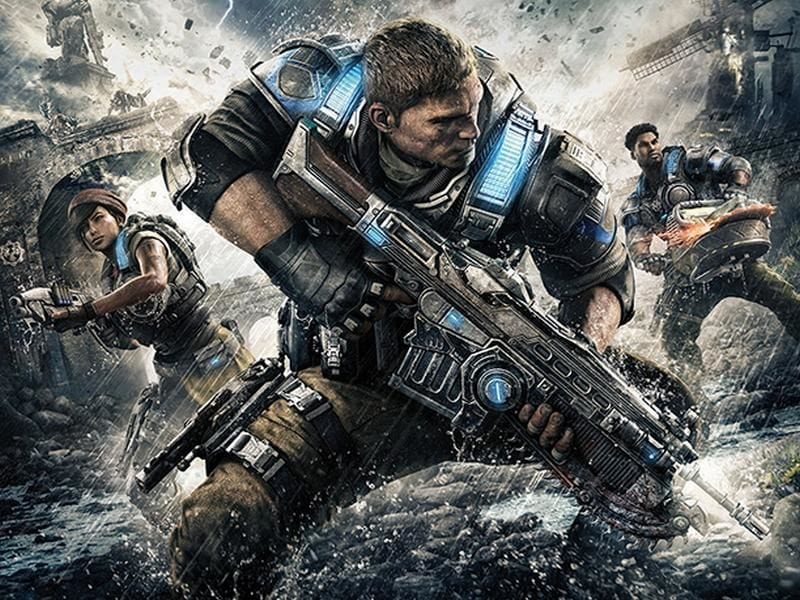 Gears of War 4 launched to fantastic reviews way back in 2016, with Gears fans praising The Coalition studio for its take on what was previously Epic Games’ IP.

The next game in the series, Gears 5, sounds like it’s going to play things a lot less safe though, with The Coalition admitting it’s really pushing the boat out for the next title in the series…

At an X018 panel, Coalition head Rod Ferguson explained: “One of the things [with Gears of War 4 was that], we were a new studio bringing Gears of War back, and we really felt that we had to prove ourselves, that we could make an authentic Gears of War experience.

“So we didn’t want to go crazy, because then they’d be like ‘these guys don’t know what they’re doing. What’s going on, what happened to our franchise? This isn’t the Gears of War I wanted.’

“What we wanted to do for 4 was just re-establish the franchise and establish The Coalition as a legitimate studio. And we’ve been embraced by fans, and they loved Gears 4, and we feel like we’ve accomplished that goal.

It’s definitely a pretty good direction to go in, because who wants to see the same old tried-and-tested formula in every game they play?

Del Walker voice actor Eugene Byrd, also added that the game aims to “to give you something you haven’t seen.”

Ferguson went on to add that we really need to expect with unexpected, saying: “’Dramatic contrast’ was the word we used.

“Part of Gears 5 is dramatic contrast – going from very small cramped spaces to very large open spaces. Going from this desert to a frozen tundra. We wanted you to have throughout your experience constant contrast, and dramatic change.”

Are you excited for Gears of War 5?