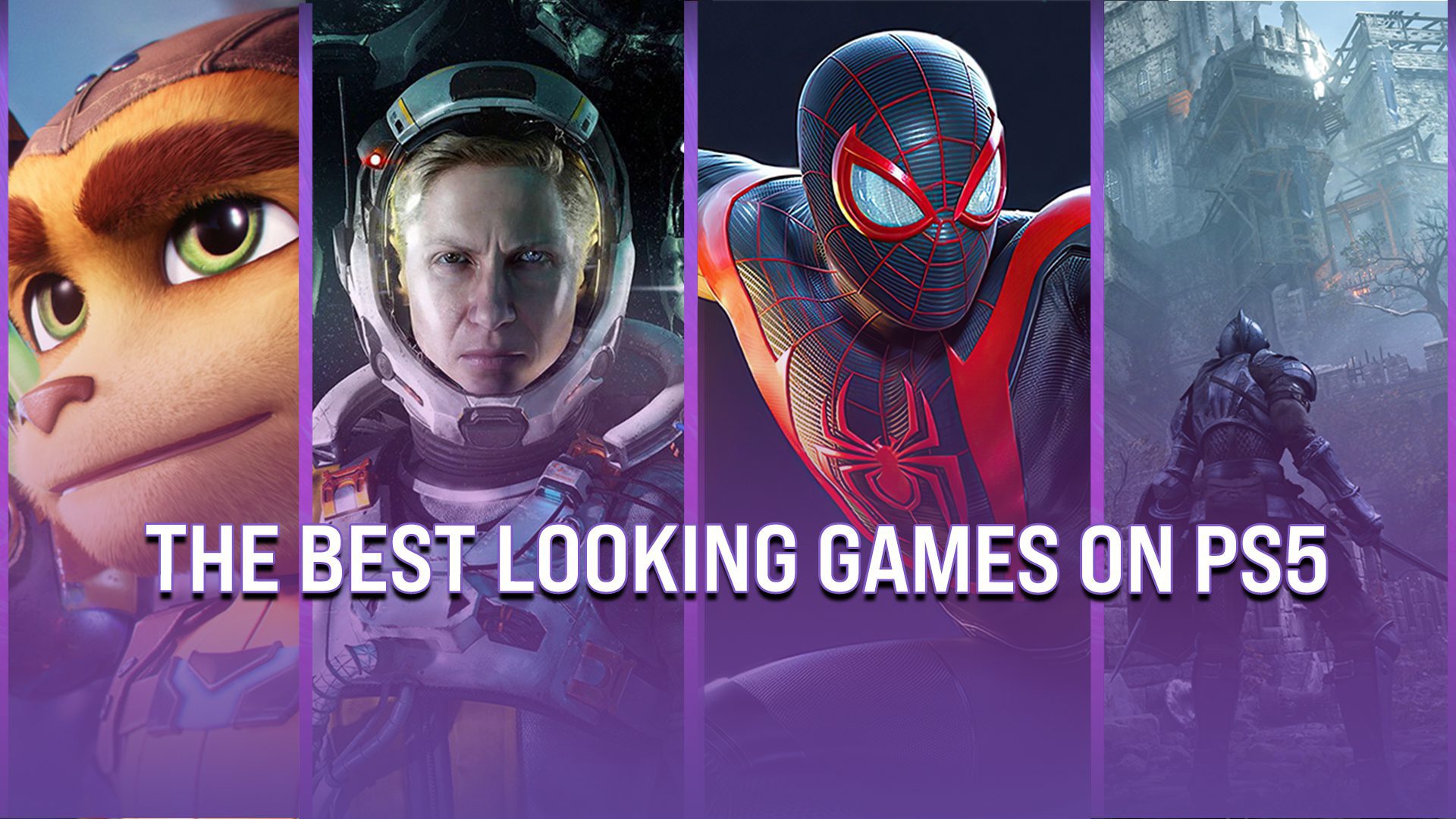 What are some of the best looking games on PlayStation 5? It’s an age old question introduced with each new console generation.

The PlayStation 5 is constantly being pushed to the limit with the latest releases. Looking at the advancements we have made graphically in the last ten years alone is jaw-dropping. And while graphics aren’t everything, I can’t help but lavish in a beautiful digital world.

That’s why I was wracking my brain to decide on the best of the best. The games that really showcase the true power of the PlayStation 5. From next-gen upgrades to PS5 exclusives, here are the best looking games on PlayStation 5 right now.

As one of the launch titles for the PlayStation 5, Demon’s Souls had to make an impression. I’m not a huge fan of the Souls series, but I had to check out what next-gen graphics really looked like. And they did not disappoint.

Demon’s Souls is one of the first game’s I spotted where you could take any screenshot and it would look like promotional material. There was no exaggeration between what we were shown and what we got, which sadly is often the case.

This is one of the screenshots I took while in the game, and I have regularly referred to this as a reasoning for buying a PlayStation 5. Everything looks aged, weighty and damp, and the opening area is as daunting as it should be. Just wait till you get to some of the later areas with flaming demons and giant knights.

Having never played a Ratchet and Clank game, I wasn’t entirely sold on Rift Apart’s Pixar-esque art-style. But the power of FOMO is strong, and I ended up checking out this title on launch. And despite its cartoonish style, Ratchet and Clank Rift Apart is easily one of the best looking games on PlayStation 5.

Helped massively by the impressive loadtimes, switching between one large factory area to a decimated planet is too good to miss out on. It is one of the very few gasp-inducing moments I’ve had as a gamer.

With an awe-inspiring scale to its levels, Rift Apart also shows off with the finer details. Whether it is the reflections on Ratchet’s eye, or the lightning sparking as your blast off your Shatter Blast, you’ll be revelling in how good it all looks.

Returnal is one of the least obvious picks of the bunch due to its overwhelmingly dark colour pallete. Its visuals on their own aren’t always something to fuss over. However, Returnal feels like a true next-gen experience, with impressive details, haunting vistas and insane flashes of colour. Its visual work hand-in-hand with the gameplay.

Darting around the grim planet of Atropos becomes increasingly awe-inspiring as the game ups its difficulty. The colourful blasts from enemies spice up the Prometheus vibes, and only escalate as you continue. And the game keeps things visually fresh with tight areas one moment, and massive areas the next. I cannot stress how cool I felt as I grappled from one falling platform to the next, as a giant beast fired thousands of bolts at me. While it might grab you immediately, Returnal’s visual stayed with me for the long haul.

Ghost of Tsushima was one of the best looking games on PS4. This samurai exclusive impressed back in 2020 with a colourful artstyle and fun sword-combat. But playing the game on PS5 is an absolute delight. With a boost of framerate and 4K visuals, Ghost of Tsushima easily stands toe-to-toe games of this generation.

With a minimal hud and the dynamic wind directions, Ghost of Tsushima Director’s Cut is an immersive marvel. And with the monkey-filled Iki Island arriving alongside the Director’s Cut, there is even more visual diversity. It is a shame that the upgrade is being locked behind a paywall, but for those looking to enhance their Tsushima experience. this is the way to go.

Web-swinging never looked so good. Another PS5 launch title that has continued to impress over the last year, Miles Morales is a visual (ahem) marvel. The Spider-Man remaster nearly took this spot, but Morales edged it out with some Christmassy pizazz to add to its already gorgeous city.

Thwapping your way onto a high ledge and basking in the setting sun over a snowy New York is an honest delight. Whether it is the framerate boost, the ray-tracing, or the fluid animations from Miles himself, it is hard to get bored from the look of Miles Morales. For those lucky enough to get their mitts on an OLED TV, this offers one of the best dynamic range in any of those mentioned.

Walking through the haymarket in the early hours of the game will genuinely have you gawking at all of its gorgeous colours and detail. Just imagine how Spider-Man 2 is going to look!

I nearly included Destiny 2 and Assassin’s Creed Valhalla in this list. What games would you have liked to have made the cut? Let us know over on our social channels!

Sony’s PlayStation Line-Up Reminds Us Why We Love Games