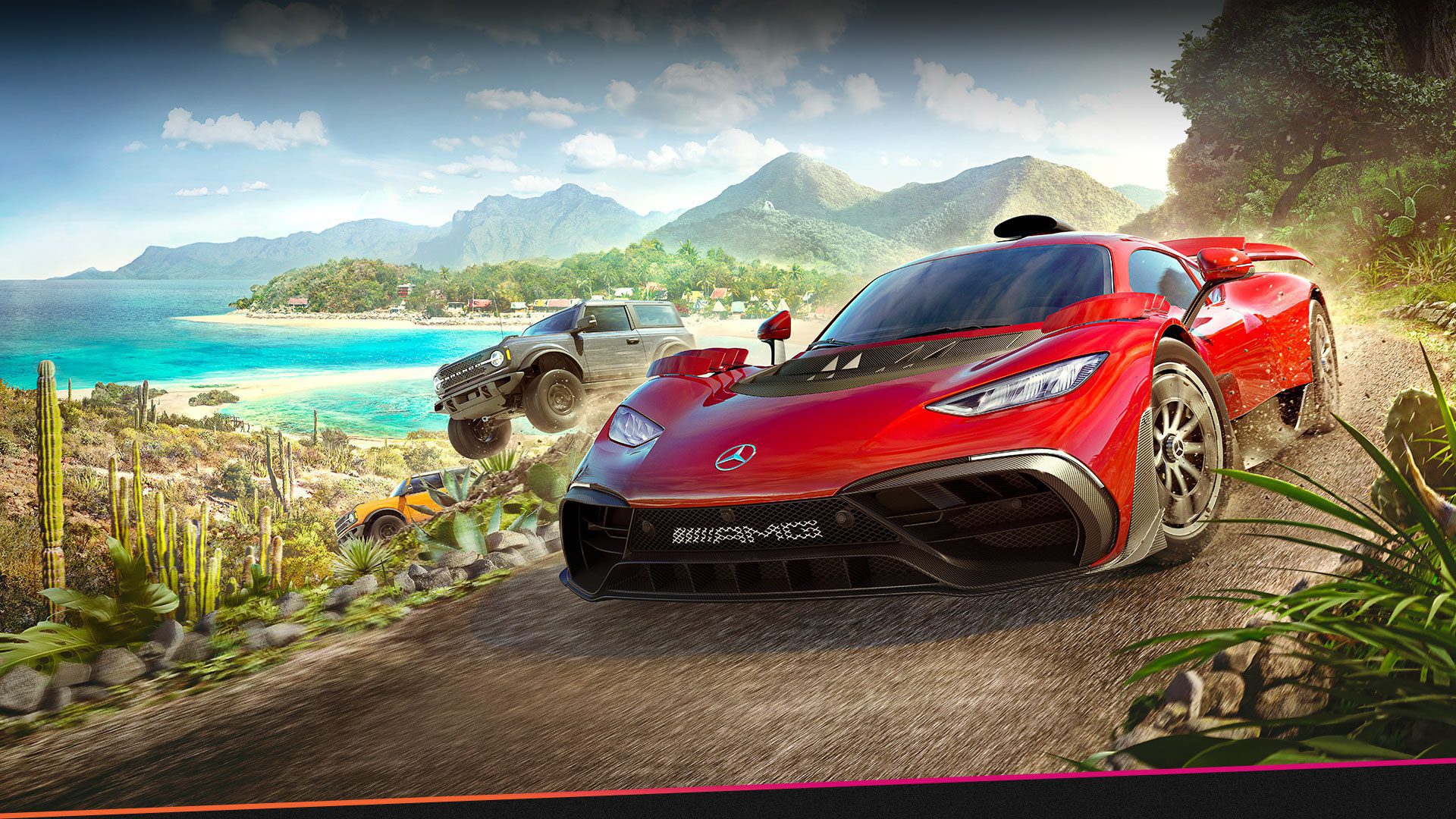 Forza Horizon 5 is dropping into Mexico ‘Fast and Furious’ style, as cars are revealed in eight minutes of new gameplay.

Swapping out the rolling fields of the UK for a sunny and varied Mexico setting, Forza Horizon 5 is shaping up to be yet another excellent addition to the franchise. We got our first look at its absolutely enormous map earlier this month.

During the Xbox Showcase this week, Playground Games gave us another look at the hotly anticipated social driving game. But the latest vehicles to be added didn’t arrive in Mexico as you’d expect.

In its “Initial Drive” gameplay, Playground revealed the intro to its expansive game. Players got their first look at the 2021 Ford Bronco Badlands, which parachuted out of a plane before racing down the side of an active volcano. This is a very similar mode of transportation used in the mega-blockbuster ‘Fast and Furious 7’. The Bronco and other off-road vehicles will feel right at home in this coarse and dry setting.

The next to drop in was the 2020 Corvette Stingray, which speeds along the Mexican countryside at high speeds. In the distance, we can see a dust storm. These storms reduce visibility and seem to be a light continuation of Forza Horizon 4’s seasonal environmental changes. Beyond the visibility, it’s not clear whether the dust storm will affect your driving beyond visibility.

Last up we got the Porsche 911 Desert Flyer and Mercedes AMG 1 as they cruised through a tropical forest and sun-bleached beach. It’s clear to see from the gameplay that Forza Horizon 5 is trying to spice up its setting. The previous entry used seasonal effects to keep the same-y British countryside fresh. However, with tropical forests active volcanoes and more, Forza Horizon 5 has plenty for players to explore.

Forza Horizon 5 will launch on November 9th across Xbox Series X|S, Xbox One and PC. Xbox Game Pass subscribers will be able to pick up the game for free on day one.

Will you be driving around Mexico when Forza Horizon 5 launches? Let us know over on our social channels!