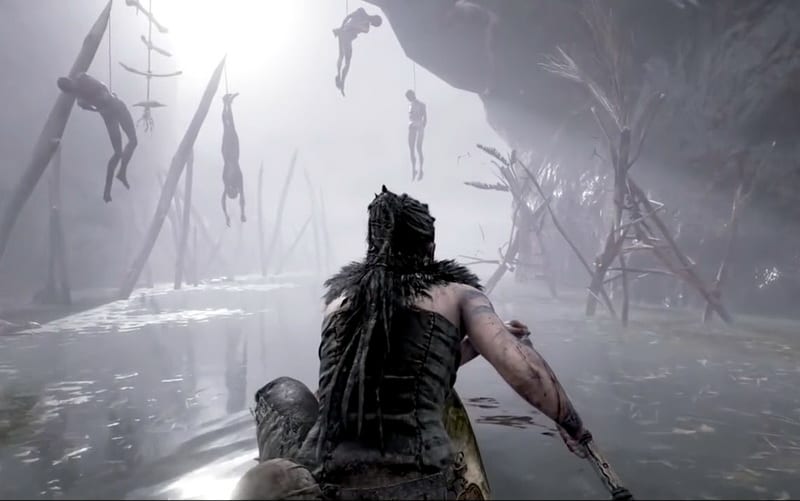 The much anticipated launch of Ninja Theory’s action-adventure video game Hellblade: Senua’s Sacrifice is tomorrow. With the launch nearing closer, information is pouring out regarding the game.

The most noticeable being the incorporation of the “permadeath system” .

What is the permadeath system? In simple terms, if your character dies in the game, it is dead permanently. However with Hellblade things aren’t exactly that simple. According to reports, if your character Senua dies too many times during her journey, the game will delete your progress and you’ll be sent back to the start.

The game solely revolves around Senua’s journey through a hellish world. The prospect of death always looms large. And the threats are unending. When Senua falls prey to any of these threats and dies, a black “oily corruption” will appear on her right arm.

The more she dies , the more the curse spreads and gets closer to Senua’s head. Once it reaches her head, she dies “permanently”, it’s game over and you are sent back to the start.

This is no doubt a very harsh punishment but it may be there for a reason. The game developers consulted psychologists during the development of the game to better understand and portray Senua’s mental state.

Would it be frustrating or would it add to the overall experience of the game? We’ll soon find out as the game goes live in a few hours.