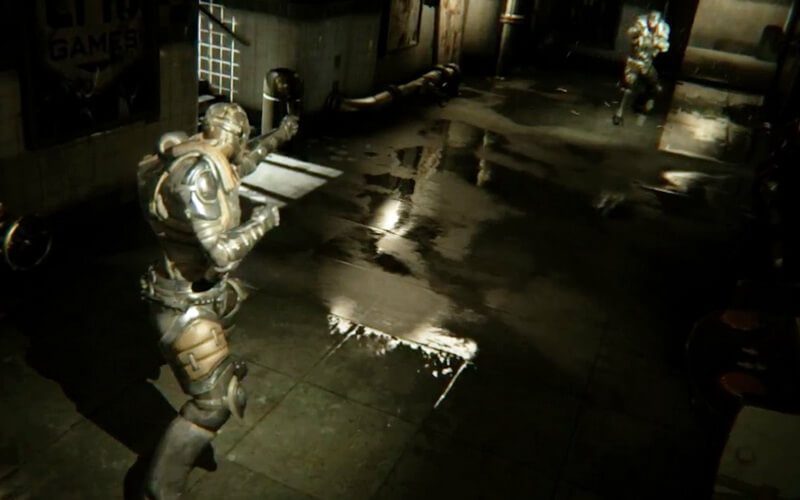 Fable Legends is one of the latest games to be cancelled. The game, which was developed by Lionhead Studios and published by Microsoft Studios was officially cancelled in March 2016.

Fable Legends was developed as a cooperative action RPG which had a story that revolved around four heroes and a villain. The game was anticipated by the fans because of the immense popularity of the Fable series. The game was announced back in 2013 and saw frequent delays and was finally cancelled.

LMNO was another largely anticipated game which was cancelled. The game was developed by Arkane Studios and published by Electronic Arts.

One of attraction of LMNO was Steven Spielberg’s involvement in the game. The first person shooter game was announced way back in the early 2000s and was based on a story revolving around the players relationship with an alien named Eva. After more than five years into development LMNO was officially announced to be cancelled in 2010.

Another Lionhead game to feature in this list is B.C. The same developer-publisher partnership of Lionhead and Microsoft Studios failed again. The game was actually developed by Lionhead’s subsidiary Intrepid Computer Entertainment.

B.C. was an action adventure game which was set in an prehistoric age and featured prehistoric combats. The main duty of the player of the game was to control a tribe and to turn it into a powerful one and ultimately rule over other tribes. B.C. was developed for Xbox and went into development during 2000-2001. The game was officially cancelled in 2004 for undisclosed reasons.

Silent Hills is another high profile game which was cancelled. The fans had a lot of expectation from this game as it was developed by two legendary directors: Hideo Kojima and Guillermo del Toro. The game was developed by Kojima Productions and published by Konami.

Silent Hills was developed as a psychological horror which had survival mechanics. The game was officially announced in 2014 via a playable trailer, which was critically acclaimed. However, the project fell down the pecking order because of Kojima’s involvement in Metal Gear Solid V: The Phantom Pain and his exit from Konami later in 2015.

In 2013, the internal development of the game was taken over by The Walt Disney Company and the game was halted soon thereafter. A LucasFilm executive stated, “After evaluating our position in the games market, we’ve decided to shift LucasArts from an internal development to a licensing model, minimizing the company’s risk while achieving a broader portfolio of quality Star Wars games. As a result of this change, we’ve had layoffs across the organization.”

This could mean that the project could still be started by an external developer but for now, the project is shelved.

Thrill Kill was a fighting video game which allowed four players to battle in a single room. The game was surrounded by a lot of controversies before its release because of its sexual contents and violence. The game was developed by Paradox Development and published by Virgin Interactive.

The game went into development in the late 1990s and was supposed to release before the start of the millennium. However, the game couldn’t see the light of the day because Virgin Interactive was purchased by Electronic Arts and they didn’t want to publish a ‘senselessly violent game’.

The next game to feature in this list is StarCraft: Ghost. The military sci-fi stealth action game was developed by three different studios viz. Bizzard Entertainment, Nihilistic Software and Swingin’ Ape Studios.

StarCraft: Ghost was first announced back in 2002 as part of Blizzard’s StarCraft series. However, the game, which was developed for  Nintendo GameCube, Xbox, and PlayStation 2 video game consoles had to face multiple delays due to several issues. StarCraft: Ghost was first developed by Nihilistic Software but they soon handed over the project to Swingin’ Ape Studios. Swingin’ Ape Studios was later bought by Blizzard Entertainment, which made the game change hands once more.

StarCraft: Ghost was put on hold by Blizzard in 2006 because they weighed the possibilities of launching the game for seventh generation consoles. After around eight years, in 2014, Blizzard president Mike Morhaime officially confirmed about StarCraft: Ghost’s cancellation.

Star Fox 2 was actually the second game of the Fox series and was developed for the Super Nintendo Entertainment System. The game was developed by Nintendo and Argonaut Software and was published by Nintendo. Star Fox 2, which was scheduled to release in the summer of 1995 was one of the most anticipated titles of that time.

One of the main reasons of Star Fox 2’s cancellation was the impending release of Nintendo’s advanced console Nintendo 64. Nintendo thrived to use the most advanced technologies for the Star Fox games which made this version of the Star Fox game a bit obsolete.