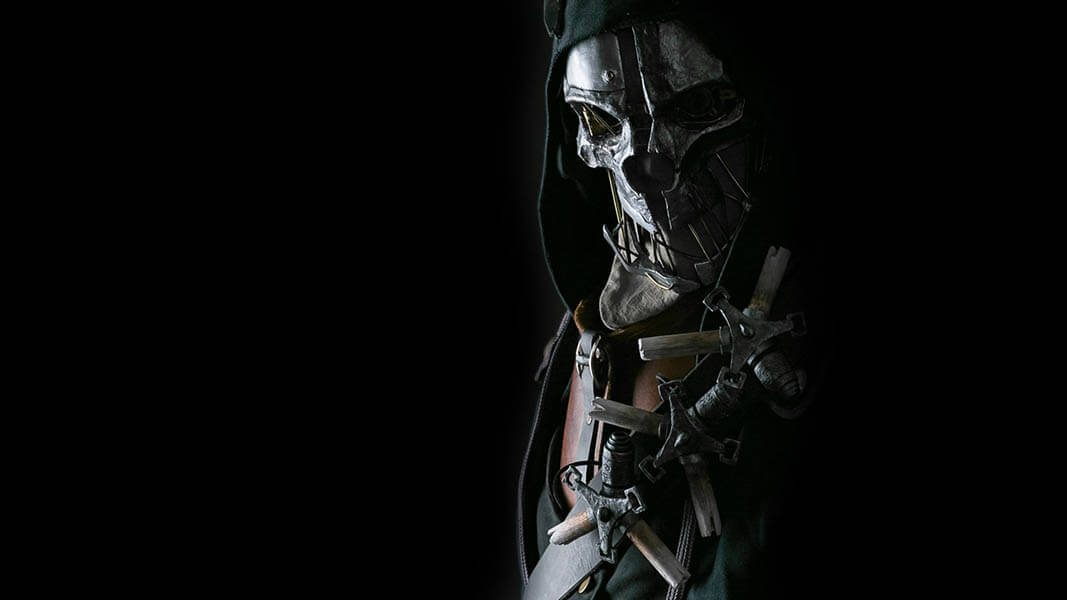 It’s never too early to get excited about upcoming games. Or at least to learn a bit about them to find out if they’re worth getting excited over. Either way, we’ve comprised a list of the heavy hitters for 2016 that we currently know about. Most of these games could become Game of the Year candidates for 2016, so it’s sure to be a great year for gaming.

Naughty Dog is a legendary studio in gaming. From the times of Crash Bandicoot, to The Last of Us, and of course their action packed and incredibly fun Uncharted series, Naughty Dog has always delivered.

Uncharted 4 is set years after Uncharted 3, with Nathan Drake being retired from his days of fortune hunting. Settling down with his wife Elena, they’re surprised by Sam, his older brother who was long believed to be dead. They set out on an adventure and it goes from there. Naughty Dog has remarked that it’s going to be “[Nate’s] greatest adventure yet and will test his physical limits..”.

We’re definitely excited for Uncharted 4. Now it’s just a matter of getting them to announce The Last of Us 2.

Ahh yes, finally. The Division is set to release in 2016 after many, many delays. The beta was largely a success and fans were quite impressed with the world and range of things to do. An impressive 6.4 million people played The Division beta.

The Division is an “online open world third-person shooter role playing game with survival elements” according to Wikipedia. That’s basically a mouthful version of “it’s an awesome game”. Destructible environment plays a role too, adding to the awesome.

The plot is pretty straight forward. A smallpox pandemic spreads on Black Friday, the government collapses withing 5 days, and now it’s your job to fix it. Sounds like it’ll be quite the adventure.

The sequel to the highly acclaimed Mass Effect series is finally coming this year. It takes place in the future and runs on the Frostbite 3 Engine, which is pretty exciting. Practically nothing is released about the plot so far.

Gameplay wise, we shouldn’t expect anything too far off from the previous Mass Effects, where your choices made huge impacts on the game. Expect characters you come to love, to tragically die because of you too.. Just sayin’.

Not much needs to be said to convince you to check out Mass Effect: Andromeda. The series speaks for itself at this point.

This one is extremely exciting. Doom, to your parents or you middle aged gamers, can be known as the original first-person shooter. While I won’t say we wouldn’t have the shooters we have today without Doom, it’s safe to say that Doom was ahead of it’s time.

DOOM is the first main series release for the franchise since 2004’s Doom 3. The gameplay is graphic and in classic DOOM style, it seems the main point of the game is to enjoy your time killing whatever comes your way, in spectacular form.

DOOM was announced in 2008 as Doom 4 and has been in production ever since with complicated specifics throughout the years. All that really matter is that May 13th, 2016, we’ll all be crushing demons underneath our boots in DOOM.

Don’t worry, all of you glutton’s for punishment out there will have your chance to rage this year. The series famous for broken controllers, TV’s, and consoles is returning with the fourth entry into the Souls series.

It’s safe to expect the same level of difficulty the others have shown. According to FromSoftware director Hidetaka Miyazaki, the gameplay design “follows closely to Dark Souls II”. You’ll be equipped with your variety of weapons, ranging from shortbows, to greatswords, dual wielding swords, explosive fire bombs, you get the point.

Prepare your wallets for April 12th, 2016. Not just for the game purchase, but to replace all of the stuff in your way when the game does what it does best.

It’s fairly safe to say that this one came out of left field. No one expected Ubisoft to take their first-person shooter open world action game into the 10,000 BC setting. With games like Ark: Survival Evolved taking Steam by storm, it’s no surprise more similar games would pop up.

Needless to say, the guns and vehicles from the Far Cry series have been removed and replaced with melee weapons, bows, and tamable pre-historic animals as mounts. Also, no more buying, instead replaced with crafting. It’s pretty interesting to see a game in a series like Far Cry taking on such a big change.

As of writing this, Far Cry: Primal releases tomorrow for consoles, and March 1st, 2016 for PC.

The Legend of Zelda

Here’s a number: 19. That’s how many main series games are in The Legend of Zelda franchise, including this one. Nintendo is certainly dedicated to their star franchises.

The game will feature an open world with different ways to approach areas. There’s also a fully connected overworld like the original Zelda game. The world is said to be the largest game world ever seen to the franchise, but is only as big as the Wii U’s hardware will allow.

One of the most iconic franchises in gaming history, but not only that. Also the biggest and most acclaimed game from that franchise. Rumored for a long time, it was finally announced at E3 2015 for the PlayStation 4. Needless to say, people went nuts.

The demand for this remake has been over 10 years in the making, so it’s incredibly exciting to see it coming soon. As of now, there isn’t an official release date, but it’s largely expected to be announced at E3 2016, with a release later this year.

This one promises to be one of the most ambitious games ever. 18 quintillion planets are said to be in No Man’s Sky. Most are promised to be “unique”, but it’s not clear yet on how it will all work. The world is described as a “proceduraly generated deterministic open universe”.

Coming June 2016, No Man’s Sky actually has an interesting development story. Worked on for a while by one guy, it then turned to 5 guys, and eventually about 12. That’s it. It’s going to be fun to see how so few developers can create such an ambitious game.

If not for Fallout 4 being shown at Bethesda’s E3 2015 showcase, it’s possible that Dishonored 2 would have been their biggest announcement. The previous title was incredibly honored (lol) for it’s stealth gameplay rarely seen in modern games.

Dishonored 2 hasn’t had any details since the announcement, but it’ll definitely be at Bethesda’s E3 showcase this year, along with a release date for late 2016. No doubt that the stealth gameplay will make a return, and we’ll have another amazing game. As a side note, speedruns of the first game are very fun to watch.