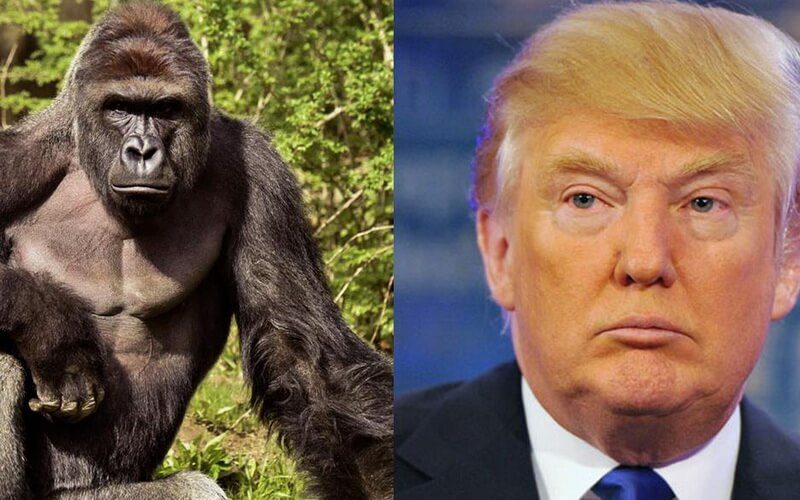 Harambe has become an internet icon after being shot dead at the Cincinnati Zoo by a Zookeeper. He was shot after a kid fell into his enclosure and people thought the child’s life was at stake.

Harambe didn’t immediately attack the kid nor showed any signs that he was going to but the officials thought if they used a tranquilizer dart,  the ape might become agitated and attack the child.

The internet erupted and many felt that great injustice was done to the Gorilla. Harambe was soon converted into a meme and started trending and it’s still going strong.

However, it seems, U.S presidential candidate Donald J Trump is aware of his popularity and has an opinion about his own about the entire situation.

If you send a message to his Facebook page inquiring about Harambe, you’ll get an automated reply from him.

The message makes it seem like that the circumstances leading to his death are suspicious and may even be an ‘inside job’.

It’s hilarious to say the least but might be offensive to some who feel he should be more respectful of the Gorilla. Check out a chain of messages one particular user sent covering the topic.

At least Mr.Trump is considerate of him and has even setup an automated response for anyone who wishes to mention his name.