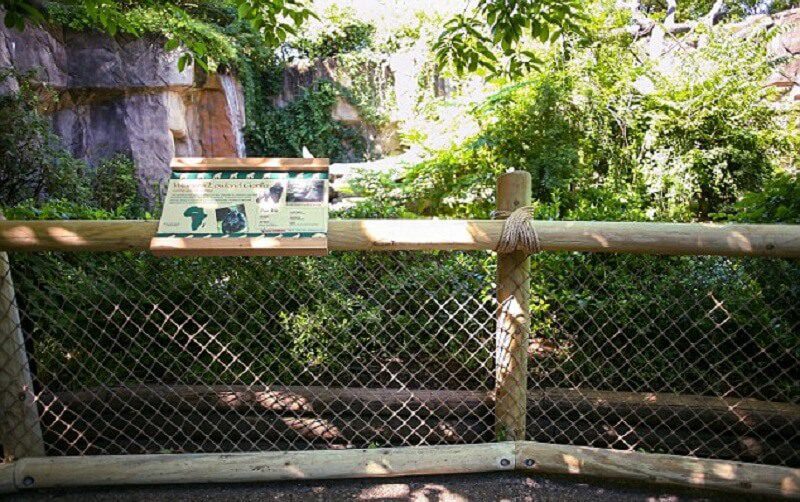 A report has ascertained that a barrier in Cincinnati Zoo which separated visitors from the gorilla exhibit wasn’t in compliance with federal standards, when the 3 year old kid slipped inside that resulted in the Gorilla being shot and killed at the zoo.

The report was prepared by U.S. Department of Agriculture inspection and was released on Thursday. The report also added that the dangerous-animal response team of the zoo followed the procedures properly after the visitors called 911. They felt that child was in life threatening danger after he slipped into the gorilla enclosure.

However, the incident led to the shooting death of the 17-year-old male western lowland gorilla, Harambe. This was followed by heavy criticism, mourning around the world and a lot of social media attention.

Following the incident, the zoo added nylon mesh to the barrier and made it taller. They even added surveillance cameras.

Previously, the zoo had never faced any problem in their 38 year history of the Gorilla World exhibit. There was also a federal inspection in April, just a month before the incident and the barriers were found compliant.

Currently there is a federal investigation going on about the incident, and if the zoo is found guilty, it could lead to fines and disciplinary action.

Tanya Espinosa, spokeswoman of the department clarified that the barriers should always restrict public from making contact with the gorillas.

‘It became apparent on May 28 that the barrier was no longer effective,’ Espinosa said. ‘The Cincinnati Zoo took swift and comprehensive corrective action in response.’

On the other hand Thane Maynard, Director of the Zoo said that they will work with the authorities to make sure that the exhibits are up to the standard.

‘We remain committed to visitor and animal safety,’ Maynard said.

Another report of the Department of Agriculture inspectors, which was released in June 6 mentioned that there was ‘some slack’ in the barrier which turned into an eight inch gap. There were bushes beyond the barrier which were around 18 to 24 inches tall and it was followed by a 15-foot drop-off into a moat.

After the child slipped in, the visitors notified the keeper and called 911. The keeper immediately activated the emergency response of the zoo. The report also stated that it took around nine minutes for a member of the Dangerous Animal Response team to arrive.

The report added that Harambe than made contact with the boy and even dragged him by the leg in to the shallow moat water and then to the ground.

‘The DART team member determined the child’s life to be in imminent, life-threatening danger and shot the gorilla with a single gunshot and the gorilla died instantly,’ the report stated.

The kid was eventually recovered from the enclosure without any major injury. However, several animal activist and other animal lover expressed anger at Harambe’s death.

The People for the Ethical Treatment of Animals Foundation, on the other hand terms the incident as tragic and hopes that the incident will be remembered by the people.

Brittany Peet, a PETA Foundation director said, ‘Harambe’s death was as preventable as it was tragic, just as it’s tragic to deny any wild animal everything that’s natural and important to him for the sake of selling tickets to a zoo exhibit.’