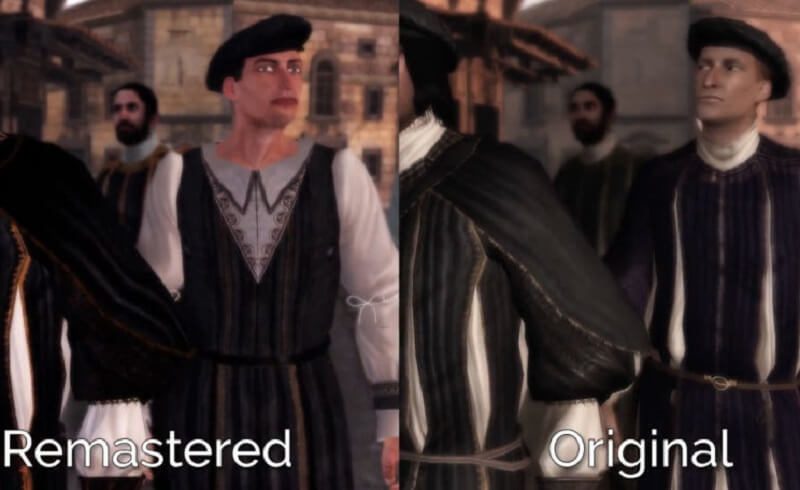 Assassin’s Creed The Ezio Collection was released for PlayStation 4 and Xbox One on November 15. The trilogy features the games about Ezio Auditore da Firenze, which are still considered as the best Assassin’s Creed games the series has seen.

The trilogy even features the remastered version of Assassin’s Creed 2, which has now become a talking point among the fans because it looks somewhat weird.

Polygon has made a comparison video of the recently released Assassin’s Creed 2 remaster and the backward compatible version for Xbox One and results are surprising. Watch at your own risk (it might ruin a classic for you).

There are some definite improvements in the remastered version as the game looks vibrant and colorful. The stonework in the buildings are also more defined now and the draw distance a lot clearer.

However, it seems the faces of the characters definitely haven’t received much of an attention. The skin tan of the characters has been lightened to somewhat pink and the eyes have been botched. The image above will give you a definite idea what has happened.

You can have a look at the video by Polygon below: 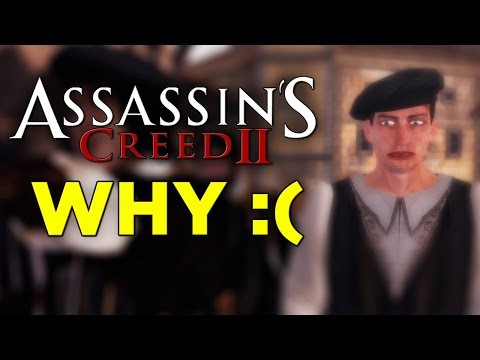