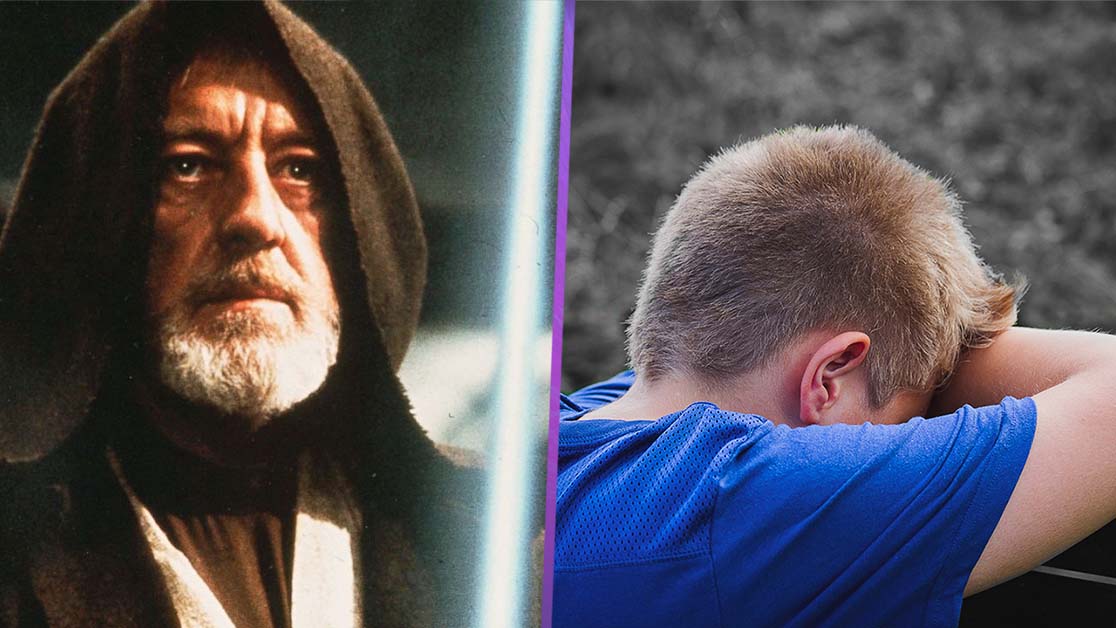 Obi-Wan Kenobi actor Alec Guinness apparently made a kid cry after they told him they liked Star Wars.

A video that was uploaded way back in 2010 reveals some interesting details about Alec Guinness’ attitude towards Star Wars. In it, Alec Guinness read his diary, which was broadcast on a BBC radio show.

Read about all the announcements from Star Wars Celebration 22

He reveals that he once made a young boy cry after the boy told him he saw Star Wars 100 times.

As Guinness tells it, when the first Star Wars film was shown, it had a freshness to it. But then he started to feel uneasy at the influence it might be having on people.

He says “a sweet faced boy of 12 told me proudly that he had seen Star Wars over a hundred times.” He continues, saying “his elegant mother nodded in approval. Looking into the boy’s eyes, I thought I detected little star shells of madness beginning to form, and I guessed that one day they would explode.”

Guinness then asked the boy to do something for him. The boy apparently said “anything, anything!” in excitement. But Guinness asked him if he could promise never to see Star Wars again.

The boy burst into tears, and his mother apparently barked at the actor in anger. I guess that’s not exactly what a young child wants to hear from an actor in their favourite film.

The actor concludes by saying “I just hope the lad, now in his thirties, is not living in a fantasy world of secondhand, childish banalities.“

So there you have it. The story of how Obi-Wan Kenobi’s original actor made a child cry. It also says a lot about the actor’s attitude towards the Star Wars franchise at the time.

Of course, back then it was still new, and it hadn’t fully grown into the giant it is today. But it was certainly popular enough to have young boys watching it over a hundred times.